Home Samsung Samsung announces the new Tri-Group Exynos 9820 CPU based on a 8nm... 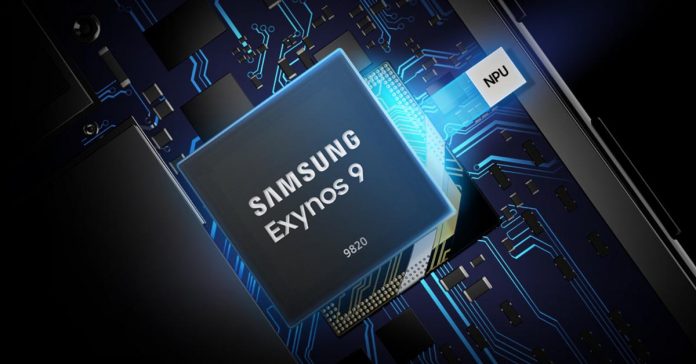 Samsung just announced the new Exynos 9820 SoC, the direct successor to their current flagship Exynos 9810. Samsung says the processor will hit mass production by the end of this year, meaning it should make it’s way to the new Galaxy S10. The new Tri-Group CPU has a 2+2+4 setup and a new Mali G76MP12 GPU. The 9820 is based on the new 8nm LPP (Low Power Plus) FinFET process and comes with a new modem capable of 2Gbps download and 316Mbps upload speeds.

Putting numbers to context, the new SoC will offer: The new Tri-Cluster CPU setup includes two 4th gen Custom CPUs for highest levels of performance. The next two cores include Cortex A75s for performance and four Cortex A55s for maximum efficiency. No frequency numbers advertised in the launch today. There is, however, a new GPU, the Mali G76MP12 which should match its performance with the likes of Qualcomm and Apple’s GPUs at their best. 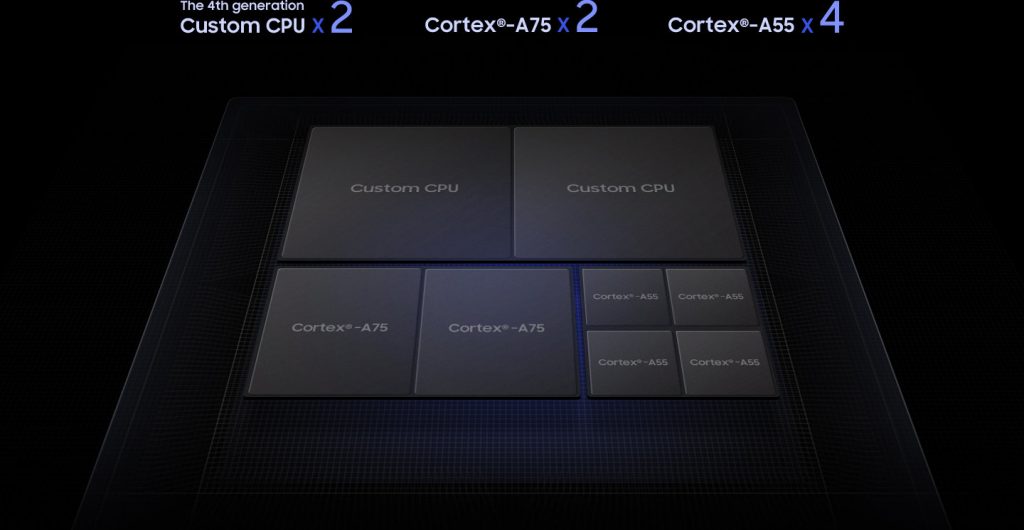 There is also a new dedicated NPU, similar to Huawei and Apple’s neural engines implementations. Then there is the new modem that can do speeds of up to 2Gbps (LTE-A Cat.20 8CA) downloads and 316Mbps (Cat.20 3CA) uploads. Finally, there is a security chip that stores and manages personal and biometric data such as face recognition and fingerprints in isolation.

Read More: Huawei’s HiSilicon Kirin 980 chipset announced: Shaping up to be a winner?