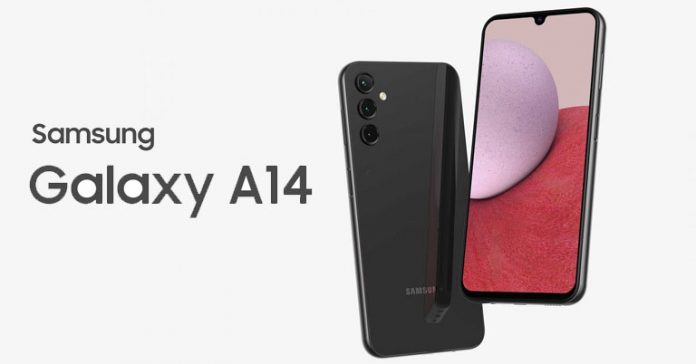 Samsung has already launched a bunch of budget phones, including the A04, A04s, and A04e. The company is now set to launch the A14, leaks suggest. It will be the successor to last year’s A13 and will be an incremental upgrade. So, let’s walk through all the rumors and leaks surrounding the upcoming Samsung Galaxy A14.

We already have an idea about the appearance of the Galaxy A14. Based on these renders by OnLeaks, we are not getting any significant design changes except for the cameras on the back. Samsung is getting rid of the fourth sensor and moving the LED flash in its place. The rest of the three sensors are placed in a vertical line, just like on the A13 4G.

According to the rumors, Samsung Galaxy A14 will have the same 50MP primary camera as its predecessor. The selfie camera is getting an upgrade, though. A14 will now have a 13MP selfie shooter, up from last year’s 8MP.

Over on the front, you will get a 6.8-inch LCD screen with a water drop notch. The screen will have an FHD resolution and will probably refresh at the standard rate of 60Hz. Samsung Galaxy A14 was recently spotted on the Geekbench listing with the SM-A145P model number. It also revealed the Helio G80 chipset on the inside. The phone will ship with Android 13-based One UI 5,0. It’s not clear how many memory configurations, but the Geekbench listing does confirm a 4GB RAM variant. 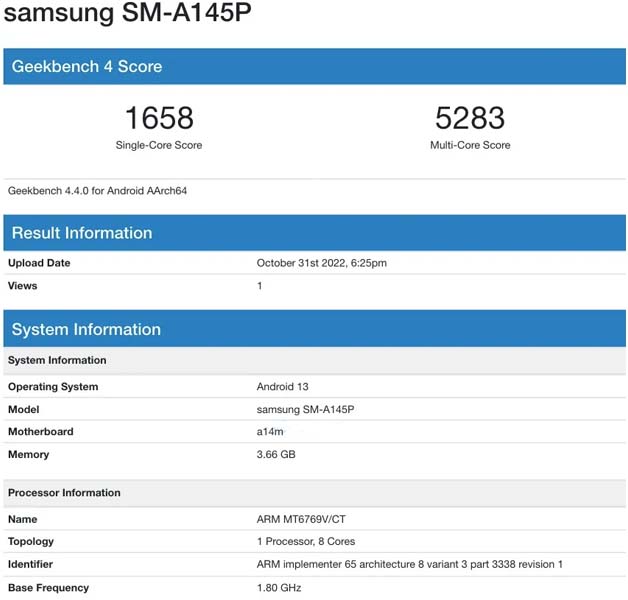 The phone will be powered by a 5,000mAh battery and will have a Type-C port for charging. The phone will also retain the 3.5mm headphone jack and a single down-firing speaker. For biometrics, Samsung Galaxy A14 will come with a side-mounted fingerprint scanner.

As per a report, Samsung will unveil the Galaxy A14 towards the end of the year. As such, we will be hearing more about the phone in the coming weeks.