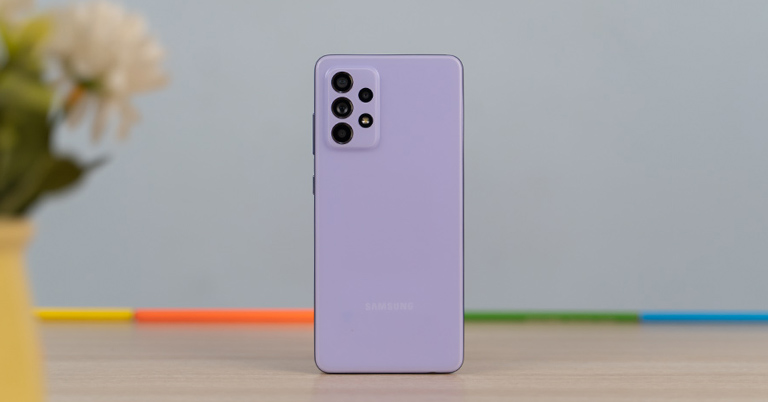 Now, the phone is about 10-15% more expensive than your typical midrange phones like the Xiaomi 11 Lite NE, and the Realme GT Master Edition. So in this review, I am going to answer if the Samsung Galaxy A52s 5G is worth the extra cash.

Ok, let me start with the aspect where the A52s outclasses the competition. And I strongly believe it’s the cameras. While I was using this phone, I also reviewed the OnePlus Nord 2, Realme GT Master Edition, and the GT Master Explorer Edition, whereas I’m currently testing the Xiaomi 11 Lite NE 5G. And none of them can beat the reliability of the A52s.

The photos from its primary 64MP lens have a pleasing color reproduction, are well-detailed, and their dynamic range & contrast levels on most occasions are also fair enough.

With Optical Image Stabilisation (OIS) on board, it’s really helped me capture detailed photos of my pets, which is something you simply can’t achieve from phones without OIS.

Plus, it helps deliver sharp and well-detailed pictures during low light conditions too.

Likewise, I also found the portraits from the A52s to be incredibly consistent. As you can see, it has a nice background blur and skin tone.

And if you zoom in, the image looks sharp enough and the edge detection is also quite good.

Similarly, unlike an 8MP ultra-wide-angle lens which is common on phones at this price range, Samsung is offering a 12MP lens that not only offers better details but a wider field of view too.

I found this lens to have an almost identical color processing as the primary camera as well, so I am quite happy in this department.

And if you are someone who takes a lot of selfies, A52s is unarguably one of the best options at this price. You get a warm and likable skin tone with great exposure.

The one aspect in the cameras where Samsung could have done better, despite its good hardware, is in the videos. Here, the 1080p 60fps and 4K 30fps recordings don’t have the best stabilization, so I had to dial it down to 1080p 30fps, which again doesn’t deliver good details like 4K.

And besides the primary camera which has OIS, this lack of stabilization at higher resolutions holds true for the ultra-wide and the selfie camera as well. So, I think Samsung is deliberately disabling OIS and EIS in 1080p 60fps and 4K 30fps mode on this phone.

Now, another thing I’ve liked about the A52s is that it’s a great phone if you watch a lot of movies. Although its display doesn’t sound at all spectacular when looking at the spec-sheet, with a Samsung-made AMOLED panel, you are usually getting better contrast and colors.

Hence, I really enjoyed watching underlit scenes of Kota Factory 2 and the beautiful color palettes in Squid Game. Its stereo speaker setup gets decently loud and sounds balanced as well. So, for binging movies and occasionally listening to some tunes, this phone does more than an okay job. Still, the one complaint that I have with this display is that it’s restricted to just a 240Hz touch sampling rate. And since I have used phones with 360Hz and even 480Hz touch response rates, trust me, the A52s doesn’t hold up that well.

Plus, Samsung really should have included a better vibration motor as the haptics on this thing isn’t as premium as its price tag would suggest. I have no issue with the phone’s 120Hz refresh rate though—as it feels plenty smooth and free from any weird micro lags.

Now, I am quite happy with its performance actually—even though I have one crucial suggestion to make. Initially, I used the 6GB RAM variant of the Galaxy A52s and found it to be slightly sluggish. So, I got myself the 8GB variant instead which is unsurprisingly better. Therefore, try to avoid the 6GB RAM variant if you are buying this phone. Also, given the price tag, Samsung should have provided a more powerful chipset like the Dimensity 1200 or Snapdragon 870, instead of the Snapdragon 778G, which is available on much cheaper devices. Regardless, compared to the Snapdragon 720G on its predecessor the Galaxy A52, everything is faster here, be it opening apps, multitasking, or gaming.

Yet, I don’t know if it’s only me, but I found the Realme GT Master Edition with the same Snapdragon 778G chip to be more fluid and faster.

That being said, when it comes to gaming, I found A52s to score similar fps results as the Realme GT ME. Popular titles like PUBG and COD Mobile run smoothly at 60fps by tweaking the settings, and Samsung has optimized most of the high refresh rate games to run at 120fps as well. 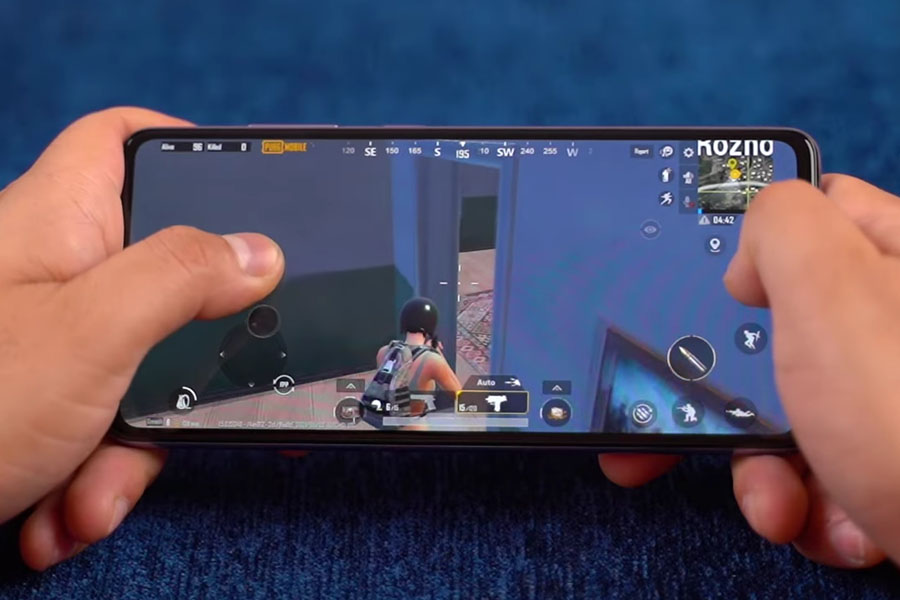 I played Critical Ops, Oddmar, Bomb Squad, Grimvalor, and all of them can hit 120fps without any hiccups. In terms of thermals, the Galaxy A52s delivers excellent results as well. I’m yet to face any issues like overheating or the phone getting warm here. Even when gaming continuously for 30 minutes and more, the phone’s surface temperature never reached above 40 degrees.

And one of the reasons for that is how Samsung hasn’t gone overboard to deliver an incredibly slim form factor on the A52s. For instance, the Xiaomi 11 Lite NE and the Galaxy M52 are quite thin, and I found that these phones get warm relatively easily.

Still and all, I do have one complaint on the design front. Although it looks quite appealing with all the refreshing colors, good heft, and the IP67 dust & waterproofing on board, Samsung has used a cheaper plastic material at the back. Having used the phone without a case for a month, there are already some visible scratches and discoloration on my unit.

And with the plastic frames, this thing is not going to look the same after a year or so. So in this regard, Samsung should have at least offered a glass back like on its other premium A-series phones.

Anyway, getting to the battery life, I got similar results from the A52s like its predecessor despite the smoother 120Hz refresh rate. So, this is a solid B+ phone in terms of battery backup. On my typical usage, I got around 5 to 6 hours of screen on time and had to rush back to charge the phone as I reached home by 8 PM. Samsung has also cheaped out by offering a 15W charger inside the box while the phone supports 25W input. Plus, its competitors are offering up to 67W charging speed at this price range. As a result, juicing up the phone with its default 15W charger is pretty slow and takes around 1 hour and 45 minutes to get fully charged. So, you’ll need to buy a separate 25W PD charger that fills up the battery relatively faster at 1 hour 10 minutes.

Overall, as I mentioned at the start of this review, Samsung is asking a bit of a premium price for the Galaxy A52s 5G than what the phone actually delivers. But this doesn’t come as a surprise since Samsung has always done that with its A-series… having you pay a bit more than the competition.

All in all, if you want the absolute best value-for-money smartphone, the Galaxy A52s isn’t the best option. I think Samsung’s own Galaxy M52 that was launched recently is cheaper than the A52s and offers a very similar experience.

But again, if your priorities are superior cameras, a better-looking design, a water-resistant phone, it is worth paying extra for the A52s. Also, the phone is priced amazingly here in Nepal compared to markets like India and the UK. I even think Galaxy A52s costs the cheapest here—making it a great value proposition.