Home Samsung Samsung Galaxy A6 & Galaxy A6 Plus launched with dual cameras and... Samsung just launched a set of two fresh phones, the Samsung Galaxy A6 and Samsung Galaxy A6 Plus. These are Samsung’s mid-range smartphones but equipped with all the bells and whistles from its flagship lineup. The two smartphones share similar specs, with metal body, although only the + model gets the dual camera treatment. 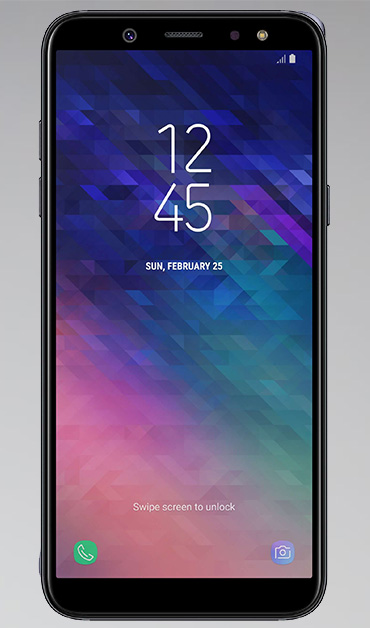 The front has a 24MP f/1.9 aperture camera with LED flash, certainly a first for any Samsung device. The back, on the other hand, gets a dual camera setup, with 16MP f/1.7 and a 5MP f/1.9 camera duo with LED flash also capable of [email protected] video recording. The smartphone measures in at 160.2 x 75.7 x 7.9 mm and the battery capacity is also a bit more at 3500mAh.

Both the smartphones come with Super AMOLED displays, Android 8.0 Oreo, Bixby features, Samsung pay, Always on Display support and rear-mounted fingerprint sensor. The color options also remain the same for both models, you can choose from black, gold, blue and lavender color.