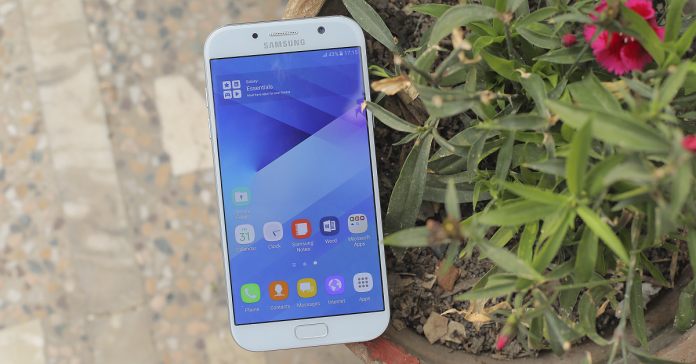 The Samsung Galaxy A7 2017 has recently been launched in Nepal. Today, we have received our review unit and here’s our early impression review on the device.

Specs Highlights of Samsung Galaxy A7 2017 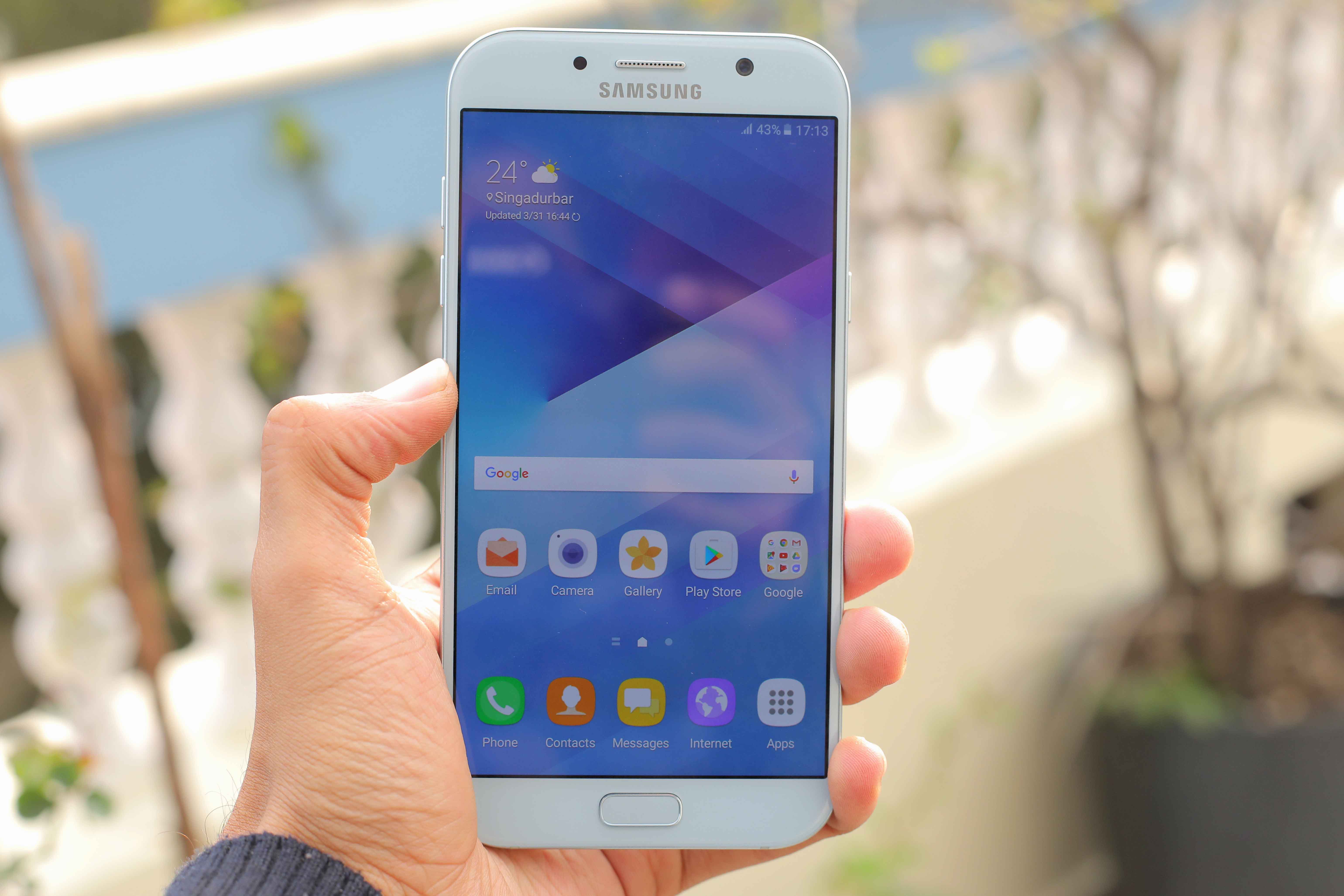 While designing this phone Samsung seems to have borrowed design aesthetics right from its last year’s flagship the Galaxy S7. Like the S7, the phone is made using the glass and the metal. The 2.5D glass on the front and the curved 3D glass on the back does feel good on the hands but are a true fingerprint magnet. The metal frame along the edges that is slightly curved aids in making the phone look more premium. The phone is a little heavy but that is considerable for a 5.7inch phone.

The 5.7inch Super AMOLED display is pretty bright and the colors look pretty punchy as well. The display with options for “always-on” is protected with Corning Gorilla Glass 5.

The A7 2017 is running on Android 6.0.1 Marshmallow and the Samsung’s Grace UI looks much impressive than the TouchWiz UI. The phone does come with some bloatware and most of them can be considered to be the useful ones. During our early usage, the device has a quick response and the apps loaded pretty quickly as well. 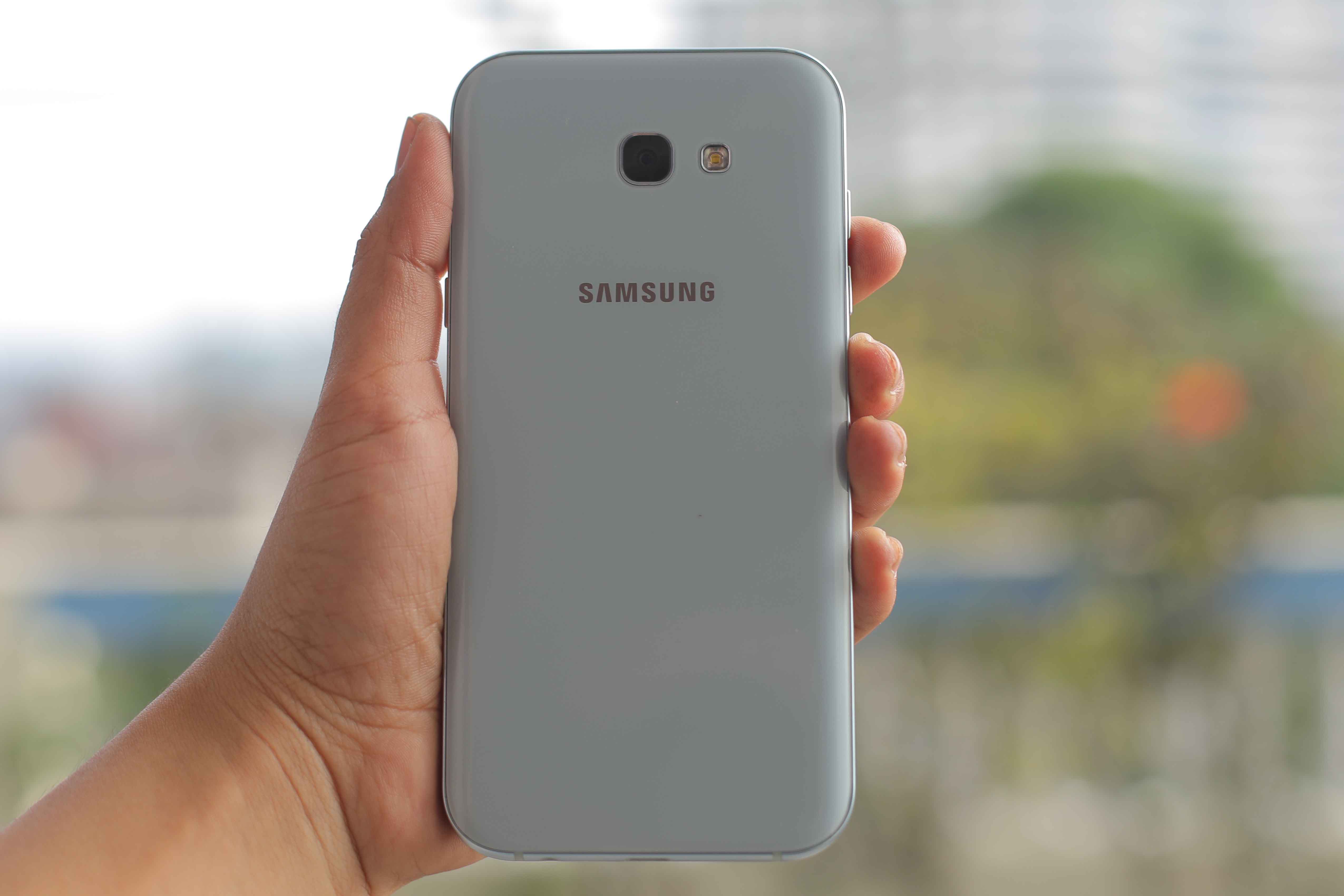 Coming to the cameras, it has 16MP, f/1.9 units both on the front and the back that are capable of shooting videos of 1080p at the highest. The early samples taken from both the cameras look promising. The camera app is pretty easy to catch with.

This IP68 certified water and dust resistant phone packs 3600 mAh battery and during the time of my early impression, I did notice the battery was keeping up pretty well. So, we can expect good battery life from this phone with power efficient processor and OLED display.

The fingerprint sensor is fast and pretty reliable. Just like the J7 prime, the loudspeaker is placed at the top right edge and is pretty loud indeed.

This was our early impression on the galaxy A7 2017 and after using the phone for a couple of weeks, we’ll surely be releasing its full review. Stay tuned.