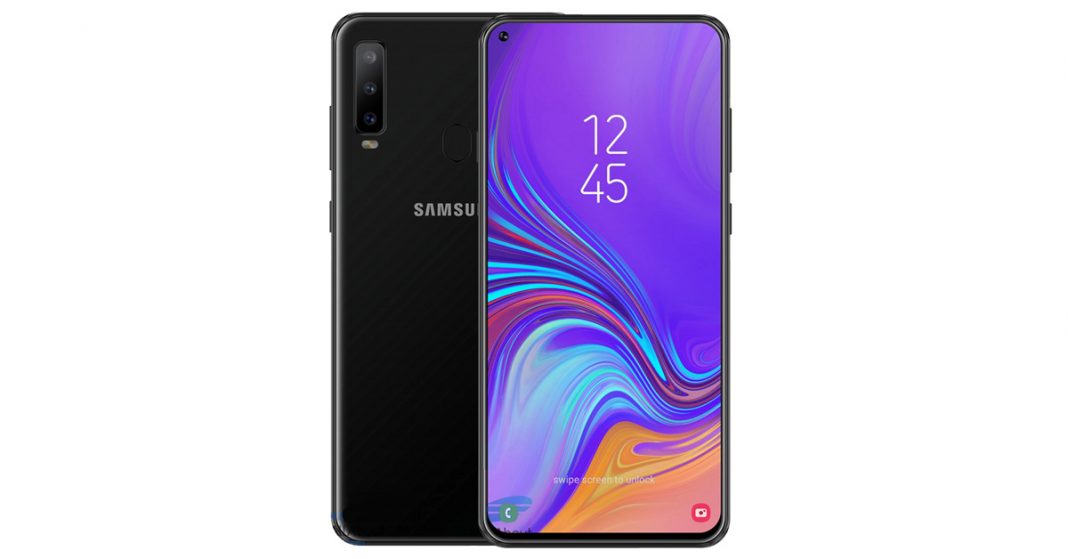 The rumors around the Samsung Galaxy S10 are everywhere. There seem to be 4 variants of the upcoming Samsung flagships, and people can’t seem to stop talking about it. More so, about this new display, being dubbed the “Infinity O” display. And why not? I think this will be the true edge-to-edge display. A camera hole on the screen instead of a notch. But this feature might make it to another mid-range smartphone before the S-series flagships – on the Samsung Galaxy A8s, to be more precise.

As per rumors, the Samsung Galaxy A8s will launch sometime this month. And it will come with a 19.5:9 aspect ratio screen with the camera hole on the top left corner of the screen. This means that all status bar notifications will shift to the right side. This will give us also more screen real estate without increasing the size of the phone. And this should feel more like the “infinity” on Samsung’s Infinity Display.

But to make phones with true edge-to-edge displays, the 3.5 mm headphone jack will have to be let go of. That’s the design all Samsung fans have been dreading. Not only because we love the headphone jack so much, but Samsung has also been mocking Apple for losing the headphone jack since the iPhone 7 came out, and now…it seems Samsung will follow the same footsteps.

And since Samsung also stated that it would no longer put new innovative features only on their flagships, but experiment with them on mid-rangers, which will make it to flagships, we can also be sure that the S10 will not have the headphone jack as well. Well, maybe not all variants, but at least one or two of them will. And this makes us question the future of headphone jack on future Samsung phones too.

Back to the topic at hand, reports suggest Samsung Galaxy A8s will sport a 6.39″ Full HD+ display with a rear-mounted fingerprint sensor. Also, a Snapdragon 710 will power the phone supported by 6 GB of RAM. Also, it will feature 128 GB of storage and 3400 mAh battery. In addition, the phone might have triple cameras at the back too. Furthermore, it will run on Android 9.0 Pie. Besides that, there isn’t much information to go on.

Now, these are reports and rumors, so, we also can’t say for sure. But, if the A8s really comes with the Infinity O display, we can say goodbye to the beloved headphone jack from Samsung as well. We will keep you updated in case of any further developments about this phone.