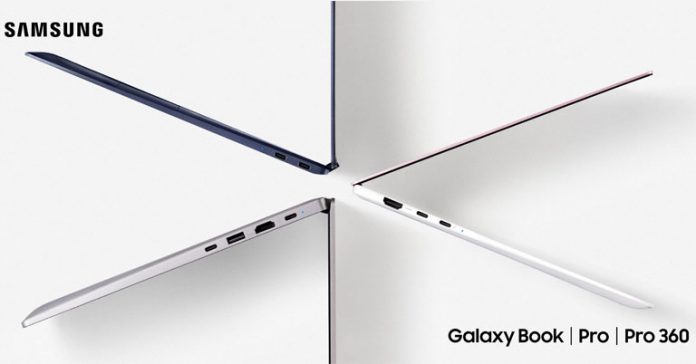 Samsung has launched a bunch of new laptops in the Galaxy Unpacked event held yesterday. These new products boast the power of PC but in a form factor that is as portable as Galaxy smartphones. Here, we will be taking a look at the specs, features, expected price, and availability of Samsung Galaxy Book, Book Pro, and Book Pro 360 in Nepal.

The new Samsung Galaxy Book series is designed to take care of your day-to-day tasks. These are the most mobile laptops in the company’s lineup to date, yet they do not compromise in power as all of them are powered by 11th gen Intel Core processors. Some even offer options for dedicated GPU. The laptops in the new lineup are built from 6000 and 5000-series aluminum.

They can increase productivity with features like Second Screen, Link to Windows, and Microsoft Your Phone. Similarly, it can fit in your existing Galaxy ecosystem as well. Features like Easy Bluetooth Connection, Galaxy Book Smart Switch, Quick Share and Samsung Notes help you transition between different Galaxy devices with ease.

It offers the most modest specs among the new latest Galaxy Book lineup. The laptop weighs around 1.61 kg and is 15.4mm thick. It comes with a 15.6-inch TFT LCD panel with an FHD resolution. Galaxy Book is powered by Intel Tiger Lake-U processors. Users can choose between Core i3, i5, and i7 CPU. Cheaper options with Intel Pentium Gold or Celeron processors are also available.

Handling the graphics is the integrated Intel Iris Xe but there is also the option for NVIDIA’s GeForce MX450. Users can configure it with up to 16GB of LPDDR4X RAM and up to 1TB of NVMe SSD. Fueling the setup is a 54Wh battery that supports 65W charging via the Type-C interface. Talking about ports, you get two Type-C, two USB A, an HDMI, an audio combo jack, a Kensington lock, a microSD card, and a nano-SIM slot. It has LTE connectivity to go along with Wi-Fi 6.

Moving on, the Samsung Galaxy Book Pro comes in two display options – 13.3-inch and 15.6-inch. As expected, the former is thinner and lighter. Unlike the standard Galaxy Book, the Book Pro features an AMOLED panel. The display covers 120% of the DCI-P3 color gamut and boasts a brightness of up to 500 nits.

You can choose between 11th gen Intel Core i3, i5, and i7 processors. There is Intel Iris Xe for graphics. The 15.6” model also has the MX450 option but its availability will vary according to the region. It can be configured with up to 32GB of LPDDR4X RAM and 1TB of NVMe SSD. 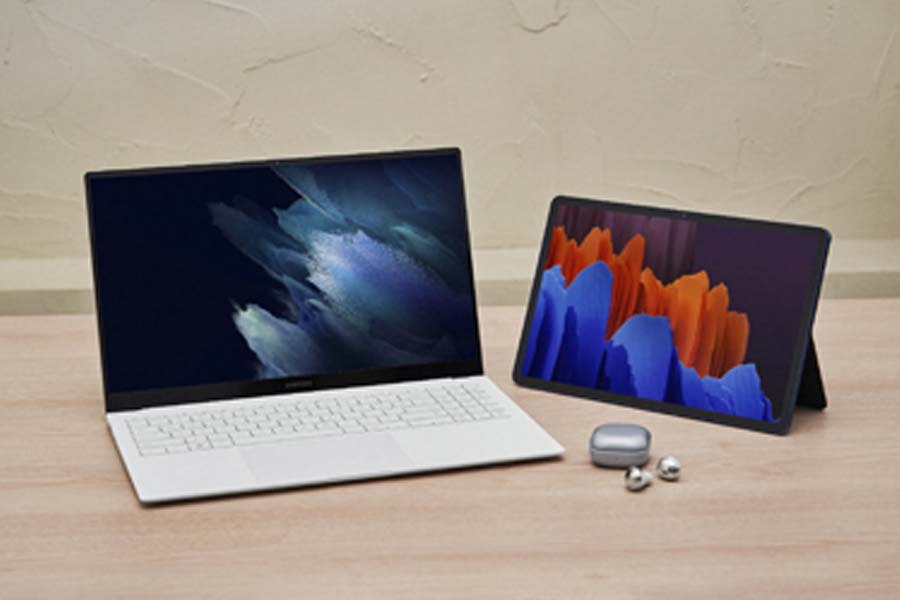 Port selection varies according to the display variant. The 15.6” model features one Thunderbolt 4, one Type-C, an audio combo jack, an HDMI, and a microSD card slot. The 13” model misses out on the HDMI port but you will get a nano-SIM slot on the LTE variant. You also get Wi-Fi 6 and Bluetooth 5.1 support.

The 13” model features a 63Wh battery while the 15.6” variant has a slightly bigger 68Wh battery. Both support 65W charging via Type-C port. Other features include an HD webcam, speakers tuned by AKG, fingerprint sensor on the power key.

Moving on, Galaxy Book Pro 360 is a 2-in-1 convertible laptop that is also available in a 13.3” and a 15.6” model. Its Super AMOLED display has support for touch input and stylus pen. By the way, the latter is included in the box itself. Other specs are fairly similar to the Galaxy Book Pro. Users get to choose from 11th gen Intel Core i3, i5, and i7 processors.

Intel Xe graphics is available with Core i5, Core i7 model while the lower-end Core i3 variant sees the Intel UHD treatment. Unfortunately, there is no option for a dedicated GPU here. The 13” model can be configured with 16GB of RAM while the 15” model can go up to 32GB. Despite this, both are available with up to 1TB of NVMe SSD. 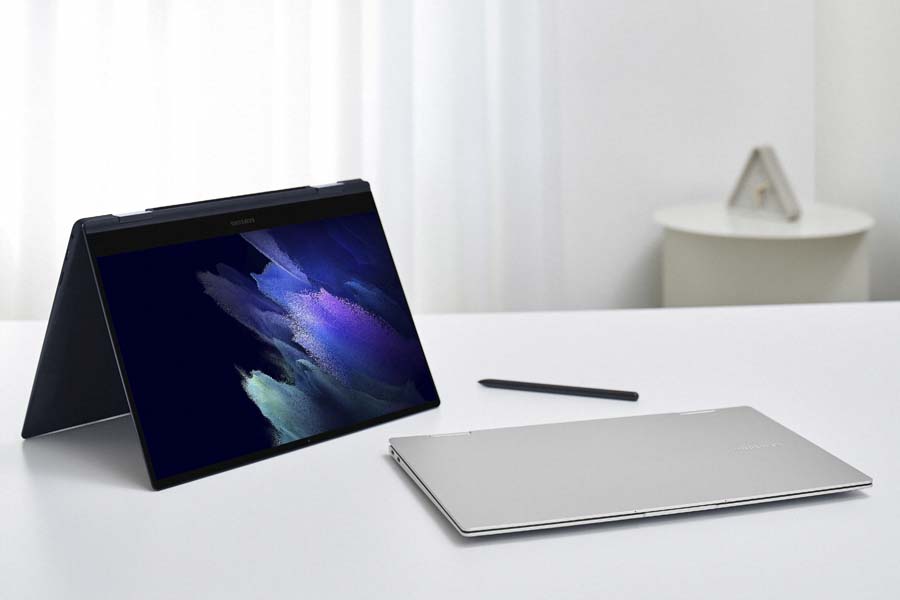 The 13” model has a nano-SIM slot and is 5G-ready. This feature is not available on the 15” model. Other than that, both feature a Thunderbolt port, two Type-C ports, an audio combo jack, and a microSD card slot. Both models are Wi-Fi 6E ready as well and have support for Bluetooth 5.1. Other specs including battery, charging, biometric, audio are the same as that of Galaxy Book Pro.