Home Microsoft Microsoft Your Phone that can run smartphone apps on PC gets wider... 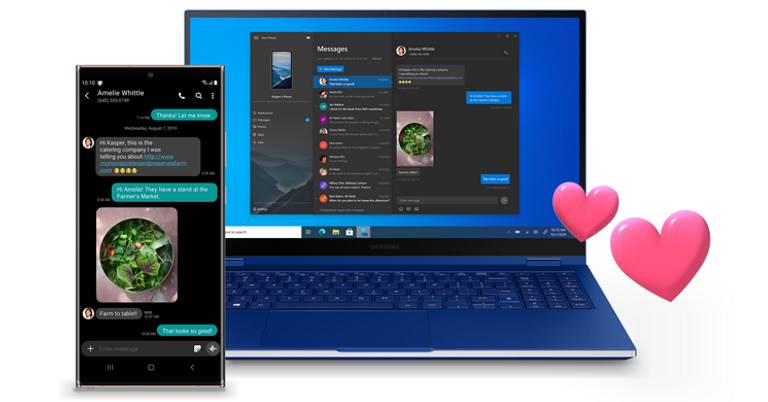 Microsoft and Samsung have had a tight bond over the years. From shipping a large percentage of Samsung smartphones with Microsoft’s Office Suite applications to other assorted integrations, one could even say that in some intricately contrived way, Microsoft never actually left the smartphone scenario. And with the latest release of the Galaxy Note 20 and Note 20 Ultra, these two companies cemented their relationship even further. From bundling the Project xCloud to allowing Samsung Galaxy Note 20 series owners to run their phone’s app on a PC via the Microsoft Your Phone app, it’s clear that their collaboration isn’t ending anytime soon.

And now, as promised, Microsoft has expanded the availability of this service to much more Samsung Galaxy smartphones. In a post by Microsoft Your Phone’s official Twitter handle, the company confirmed that the feature will be widely available to a bunch of different Samsung Galaxy devices; starting September 18th.

We are excited to announce that the Apps feature is now rolled out to everyone with supported devices (It may take up to 48hrs. to show up). It allows you to instantly access your Android phone’s mobile apps directly from your Windows 10 PC. Learn more: https://t.co/vASs8SCCVW pic.twitter.com/xUOaMmfALU

With the availability window of 48 hours since the day of the announcement, it’s likely that some users have already had their hands on it. Here, without using cables of any sort, you can connect your Samsung phone to your Windows 10 PC (provided that they are connected to the same network). After this, using the “Your Phone” app, you can simply access your phone’s applications on the computer itself.

Besides the luxury of using phone apps, one can also mirror the phone screen or get notifications on the PC. Moreover, it also lets your pin the Android apps onto the Start menu or taskbar. But as of now, it doesn’t support running two apps simultaneously at once although you can use one alongside one/more Windows applications. Similarly, you can’t resize the app window size on the computer.

Like I said in the beginning, this feature was initially exclusive to the Note 20 series. But now, it is available in a bunch of Galaxy devices including Samsung’s foldables, S-series, and few devices under the A-series. Here’s the complete list: