The Samsung Galaxy C9 Pro is the latest premium smartphone from the Korean giants. It has a 6-inch display, 6 GB of RAM, and Snapdragon 652 processor. It will go on sale in a matter of weeks here in Nepal for an expected price of around 55 to 60K.

We got to use the device for two days. So, here is our quick review to find out if this phone is worth all your money.

The Galaxy C9 Pro is a handsome lad and easily the best looking Samsung device that I have ever held in my hands. It houses a metal back giving a premium feeling. The device is thin and carries a bit of weight. At the front, the Galaxy C9 Pro sports a tall 6-inch display. Even for its huge display size, I had no problem using the device. It sure is ergonomically built. 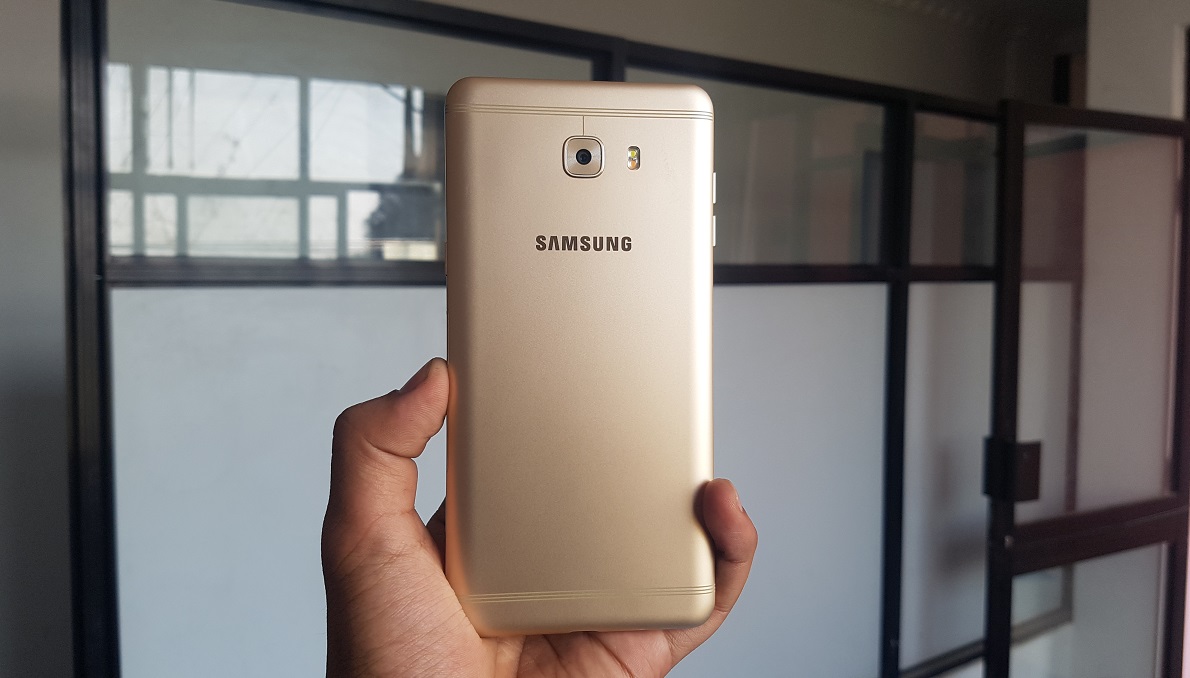 The display is accompanied by a primary camera and an earpiece along with accelerometer, proximity, light and gyro sensors. I was really surprised with Samsung’s choice here as the company adds all these sensors only in its the high-end flagship devices. The front part edges out with 2.5D curved gorilla glass making the device look seamless. The home button on the bottom chin doesn’t bulge out like previous Samsung smartphones and fits in perfectly into the chin. It also serves as a fingerprint sensor. The volume rockers and power button sit on the left and right side of the device. The Galaxy C9 Pro features a speaker at the bottom. And yes, it does come with a headphone jack.

The Galaxy C9 Pro flaunts a tall 6-inch Super AMOLED 1080p display with 367 for the PPI. The display looks bright, colorful and well saturated – thanks to its super AMOLED panel. Unlike previous Samsung smartphones, the Galaxy C9 Pro comes with an auto brightness adjusting function, that auto-adjusts the brightness level in accordance to the lighting. I had no problem in using the device in a bright environment. And the best part is the inclusion of Always on Display. Talking about the software, the Galaxy C9 Pro comes with Android 6.0.1 Marshmallow out of the box with TouchWiz UI on top of it. It is commendable that the Korean giants have now opted for a toned down version of TouchWiz in their devices. While I am more inclined towards stock Android experience, I had now problem using the interface. The C9 Pro comes with little bloatware which was kind of useful. It also supports multi-window mode which goes well with the huge 6-inch display. And it has already been confirmed that the device will get Android Nougat update. All in all, for me, the software experience was top-notch and snappy.

The Galaxy C9 Pro comes with an Octa-core Snapdragon 653 processor clocked at 1.9GHz. Considering its price range, the company should have at least went with the Snapdragon 820/821 SoC. Also, the device features Adreno 510 GPU. It would have been better if Samsung had chosen Adreno 530 GPU, as it performs better during gaming. Nonetheless, I got no lags and stutters while during my time of using the device. The C9 Pro could handle everything, from heavy gaming to using tons of apps at the same time, thanks to its 6GB RAM.

On the hardware side, the device features 64GB of onboard storage that can be expanded up to 256GB via microSD card. Samsung seems to have listened to its users as the device comes with a dedicated microSD slot. The mono speaker on the C9 Pro is only decent. For its connectivity, it has a USB Type-C connector that supports fast charging which is really necessary due to the large battery it comes with. The fingerprint scanner of the device is fast and is probably even faster than Samsung Galaxy S7 Edge. It works perfectly and I had no hiccups unlocking the device. The C9 Pro supports 4G connectivity with its dual Nano SIM.

On specs sheet, the Galaxy C9 pro is equipped with a 16-megapixel rear and front camera, both with f/1.9 aperture. The pictures come out bright, sharp and well saturated in a well-lit environment. The rear camera is equipped with dual tone LED flash which helped in balancing the lighting of objects and their background. The device, however, doesn’t do well in a dark environment as the pictures come out over-exposed and quite grainy. I also didn’t like the fact that it doesn’t shoot 4K videos. The front camera is perfect for selfie lovers. It takes sharp and bright images. Like most of its devices, Samsung has included the palm gesture to take pictures. The camera app comes with some inbuilt editing effects.

Under the hood, the C9 Pro comes with a huge 4000 mAh battery which will last for a couple of days under normal usage. Add this with Samsung’s built-in ‘S power planning’ and you won’t be searching for your charger for a few days. And thanks to its fast battery charging, I could charge up the battery in a short time period. 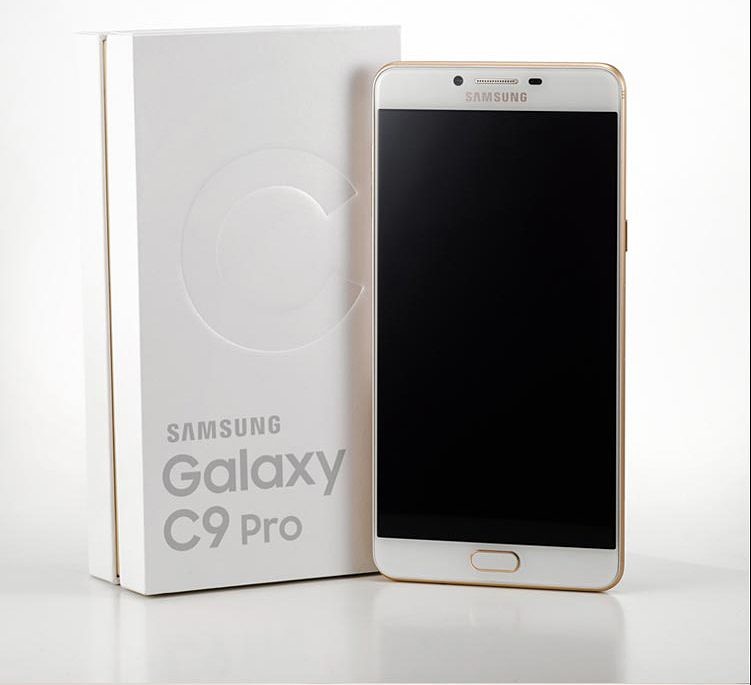 So, to conclude the C9 Pro is a quite decent smartphone. It is a tall phablet that even for its size, is easier to use. The design is excellent and the device feels top-notch. And with 6GB of RAM, you sure won’t be facing any lags. This device is meant for those who like using big displays for gaming and multimedia experience. Even though its camera isn’t of a flagship standard, it is a good buy considering its price range.