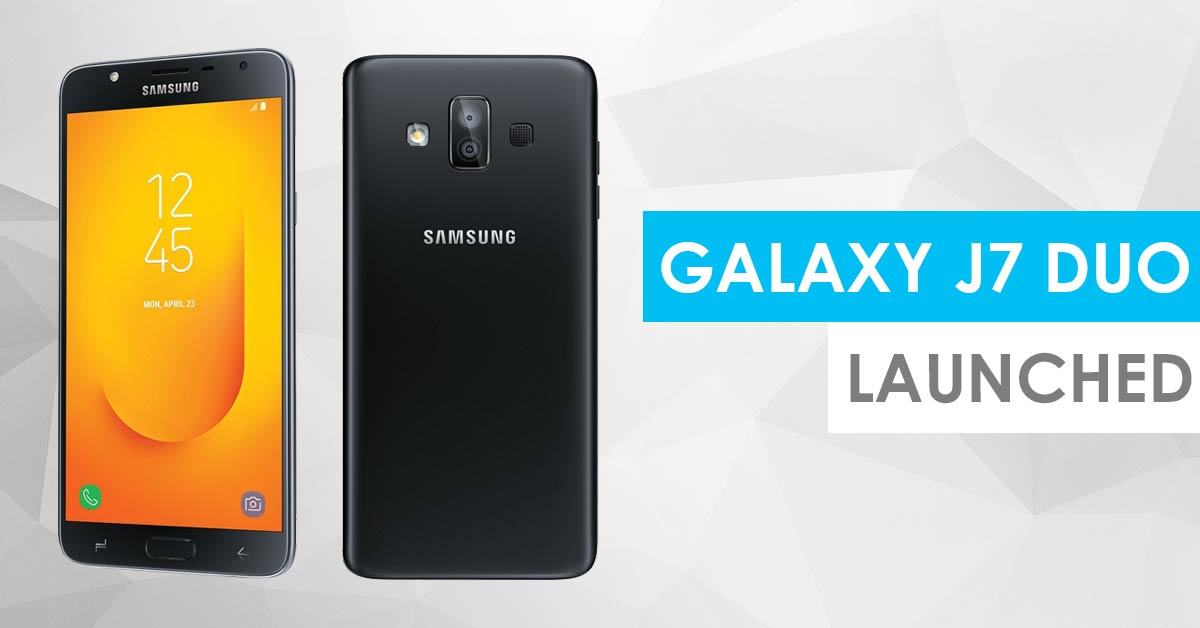 Samsung has unveiled yet another mid-range smartphone. This time, the company has launched a new member of the J-series called the Galaxy J7 Duo. The device was launched in India for the price of INR 16,990 a couple of days ago, and the phone has been launched in Nepal on 30th April for Rs. 28,990.

So, what does this new mid-range member from Samsung constitute? Well, it comes with a 5.5-inch Super AMOLED display that carries a screen resolution of 720 x 1280 pixels. The display has a traditional aspect ratio of 16:9. How much of a difference do the HD display and the aspect ratio make for you? Let us know in the comments!

The Samsung Galaxy J7 Duo’s name comes from the dual cameras it houses on its back. The device has a 13- and 5-megapixel cameras that complete its primary camera setup. Both the cameras have a f/1.9 aperture and are accompanied by an LED flash. There is an 8-megapixel front-facing camera that is also supported by an LED flash.

In terms of the internals, the Samsung Galaxy J7 Duo is powered by an octa-core Exynos 7885 chipset and 4GB of RAM which should provide great performance. Storage wise, this smartphone will come with 32 GB of internal memory which is expandable up to 256 GB via a dedicated microSD card slot. It is available in both Single SIM and Dual SIM variants but we expect Samsung Nepal to launch the latter here.

The Samsung Galaxy J7 Duo has a fingerprint scanner on the front. It packs a 3,000 mAh battery. The device is available in two color variants – Gold and Black.