Samsung is among the raining smartphones in the Nepali market, and everybody well knows about it. Among the variety of j7 lineups, the all-new Samsung Galaxy J7 Max is, without a doubt one of the new launches that people are talking about. The’ Max’ in its name gives a clear idea that the phone has something large in it, which unquestionably is the size.

Labeled with a price of Rs. 28,290, this smartphone, other than its massive 5.7- inch display enjoys a 4 GB RAM that is quite an impression in a Samsung phone under the price bracket of Rs. 30,000. 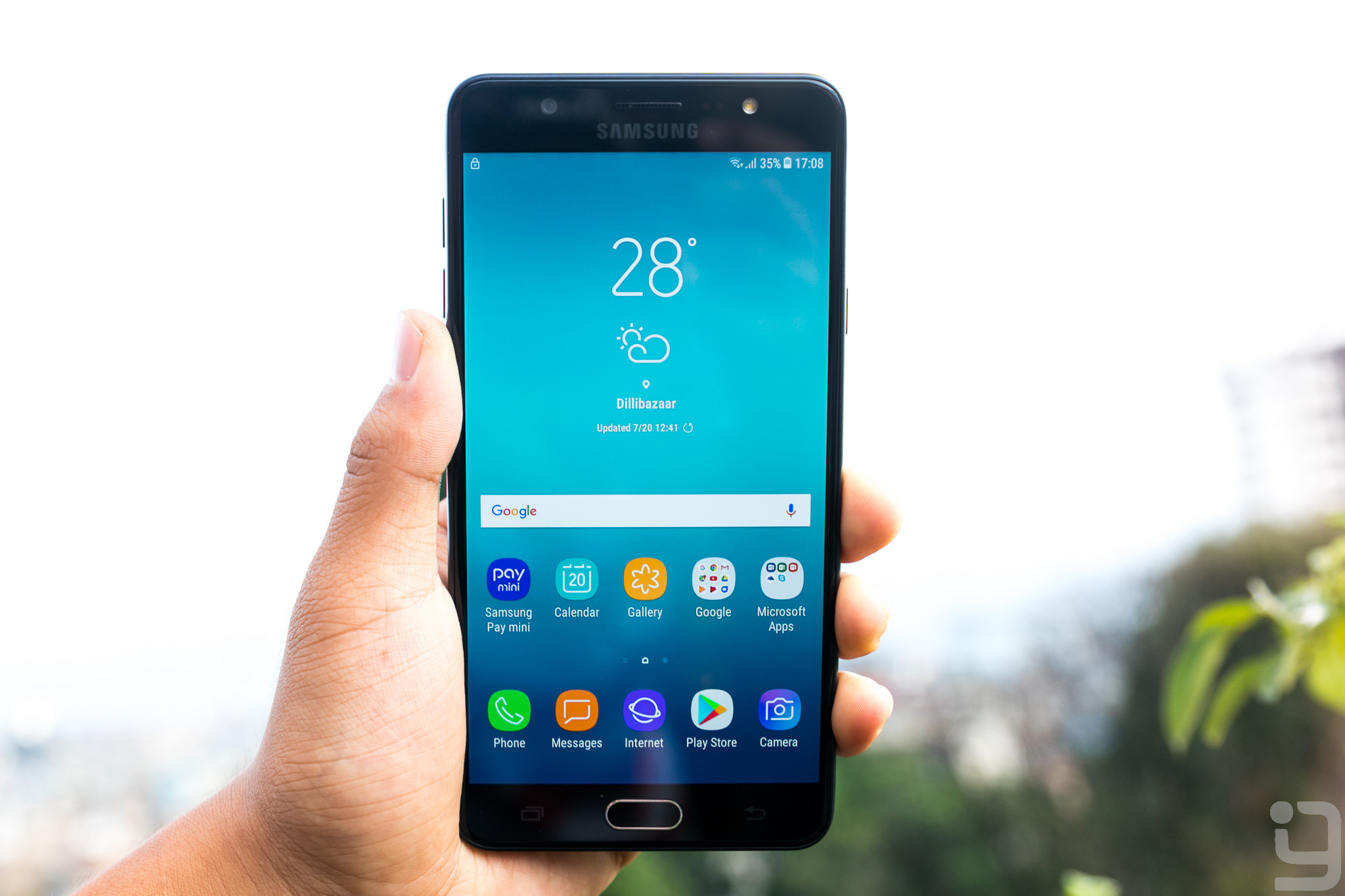 I have thoroughly enjoyed watching movies in it, all thanks to its display. The display is bright enough and has good viewing angles. Only under extreme sunlight, the visibility gets a little tough. 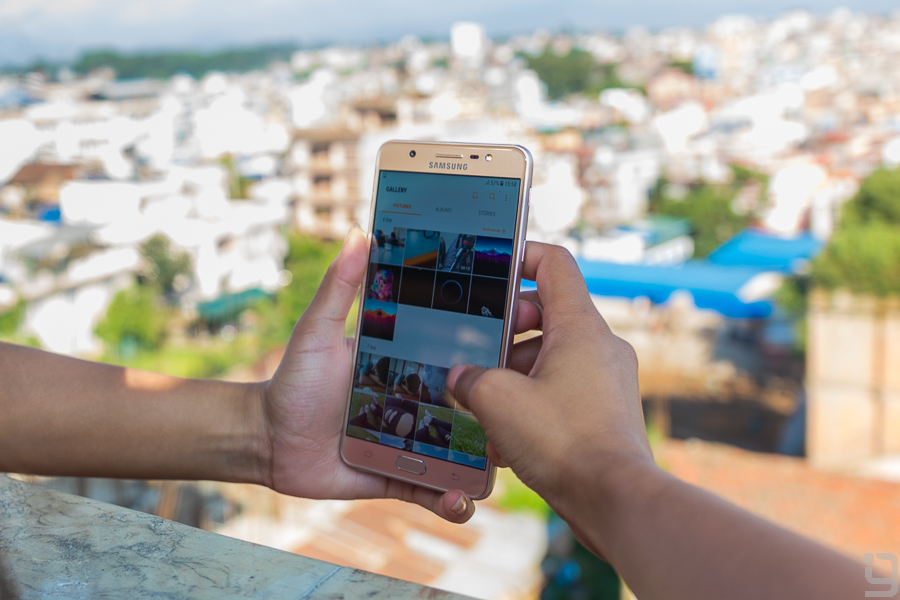 Needless to say, the phone does not fit in my pocket. Ladies’ jeans have small pockets of themselves. So, I asked one of my friends to put it in his pocket and again it resulted in the edges of the phone popping out slightly. The Galaxy J7 Max sports a metallic build, except for the top and bottom portion on the rear side. The bezels on this device are less and on hands; it is not too slippery which append up to the positives. Nevertheless, the phone looks like any other conventional Samsung smartphones, so overall, there is nothing ‘wow’ in it in terms of appearance. The J7 MAX is powered by a 3,300mAh battery which is one of the driving forces behind the phone’s performance. Though I don’t play heavy games, I am into activities like streaming videos and listening to music most of my time. Once fully charged, this device gave me an entire day of continuous usage, noting the fact that the battery was not fully dead for 3 hours of normal usage the next day. To make things better, the presence of various power saving modes helps you optimize your battery life. The phone, however, does not support fast charging, so be prepared to put this phone on charge for about 2 and a half hours to get it full on power.

To all the mobile photographers out there, this phone brings good news. The device flaunts a 13 MP f/1.7 primary camera and a 13 MP f/1.9 selfie camera. What’s even better is, both the cameras are equipped with led flash, so no more shady selfies and dark images in low light! However, on my usage of the camera, even the slightest of movements resulted in shaky images (same goes with the videos), so make sure you have a firm hand while clicking pictures and shooting videos. Also, there’s a noticeable lag while taking pictures. Both the front & back can capture video in [email protected] and there is no video stabilization. Overall, in this budget range, the phone’s camera does more than justice to the price. 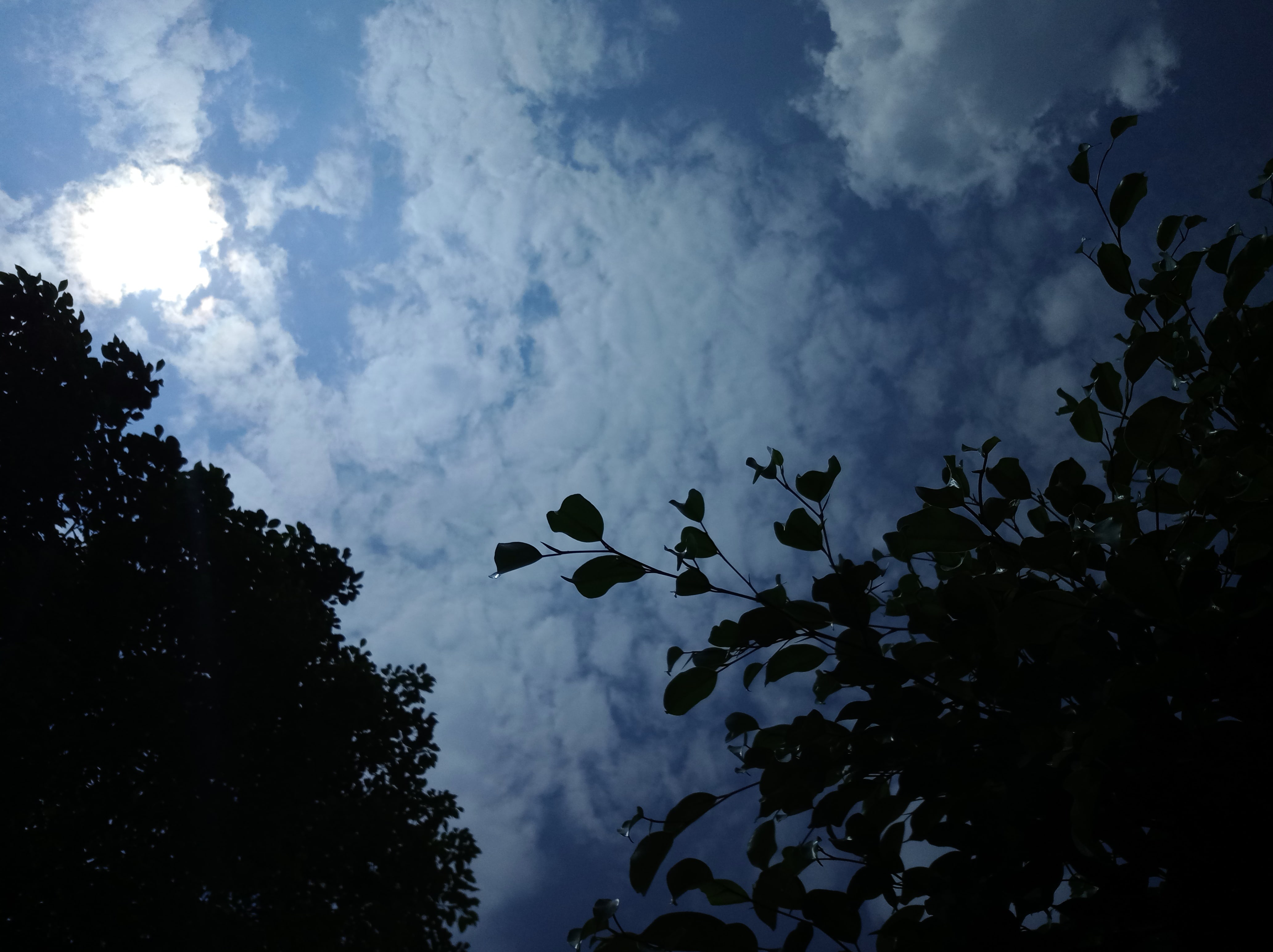 Samsung Galaxy J7 Max runs on Android 7.0 (Nougat) operating system with Experience UI and is powered by 1.69GHz octa-core MT Helio P20 processor.  The absence of Samsung’s renowned Exynos processor is a little disappointing here.  It has a vertical swiping interface in place of a separate apps button, so by swiping up or down, you can navigate to your desired apps spontaneously.

The phone offers 4GB of RAM in total and an expandable 32 GB of internal storage. App switching is an ease in this device. I tried running multiple apps at once to check for any difficulties in app switching but amazingly there was none. The fingerprint sensor in this phone resides on the home button and is swift and responds well to touch. The maximum number of fingerprints you can add is three. On the J7 Max’s use, I have not encountered any lags in the performance side, although, at one instance, it froze when I tried opening a game. But that was only once, and it never happened again! For heavy gamers old there, it’s not an ideal phone since the Mali-T880MP2 suffers a lot and there’s noticeable heat while gaming for more than 15 minutes.

An important spec I found majorly missing in it was NFC. NFC is a cool feature and including it, the phone could have been better. The J7 MAX attributes a smart glow feature where a LED ring around the rear camera glows for notifications. You can customize this feature for particular app or contact in four different customizable colors in accordance to your choice. However, for people who don’t keep their phones upside down, this feature may not appeal much, but for those who do, this can be fun and useful.

In terms of connectivity, the Samsung Galaxy J7 Max supports 4G network. The phone exhibits a dual SIM card slot on the right side and also a slot for micro SD card. Well, with this you don’t have to sacrifice one of your SIM card slots to a memory card slot.

Even on continuous use, J7 MAX does not heat much, so that portion is commendable. I am not saying it does not heat at all but having used other phones, this one showed quite a performance in this area. But you really got to watch for the absence of gorilla glass protection.

On my say about this phone, I would state that for this price, the phone is a decent pick. It has an excellent battery life and display. If I weren’t to go for the looks, the mediocre processor, and absence of fast charging, the phone is not a bad deal. Nonetheless, in the similar price bracket, other phones may give this one a fight. On the plus side, the camera performs really well and the 4 GB RAM is something to look after.