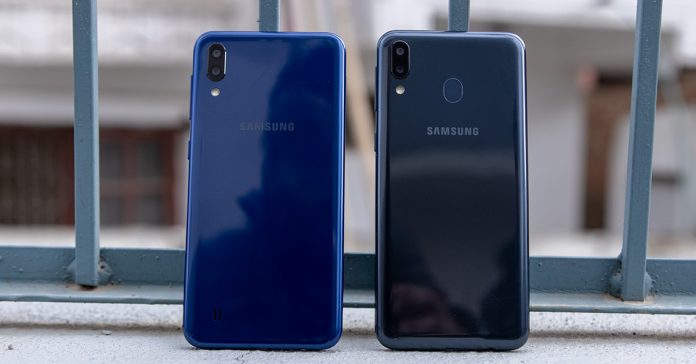 Lately, Samsung had been facing rants from tech bloggers and criticisms from the customer base for not bringing value for money devices and still sticking with the old processors. But the tech giants recently changed its antics. And they conceived the Galaxy M series devices targeting the millennials. They decided and made an effort to pack some decent specs into their latest devices and pricing them at relatively cheaper prices. And when they launched the Samsung Galaxy M10 and M20 in India, it stirred the smartphone world quite a bit. The smartphones are going on sale in India starting from today. And the good thing is Samsung has also given their words to launch the devices very soon in Nepal.

When it comes to the budget price segment, we do not really see compelling devices. Budget and entry-level devices are packed with a ton of compromises. And the budget-conscious populace is often trapped with laggy processors, average displays, fast-draining batteries, and whatnots. So to break that trend, Samsung launched the Galaxy M10 with somewhat decent specs for the price.

The phone comes with a 6.2-inch display with a 2.5D curved on the top. The display on the device has also been provided with a V-shaped notch. And the company’s proprietary names for such kind of displays is called as “Infinity V” display. On the resolution side, this infinity V display features HD+ resolution packing 269 pixels in every inch.

Talking about the performance, the phone is shepherded by an Exynos 7870 chipset. And the processor is coupled with 2/3GB of RAM to ensure fluidity in the performance. The device comes with 16/32GB of onboard storage to facilitate the users in storing files and photos. There is also a dedicated SD card slot to ease in expanding the storage further. 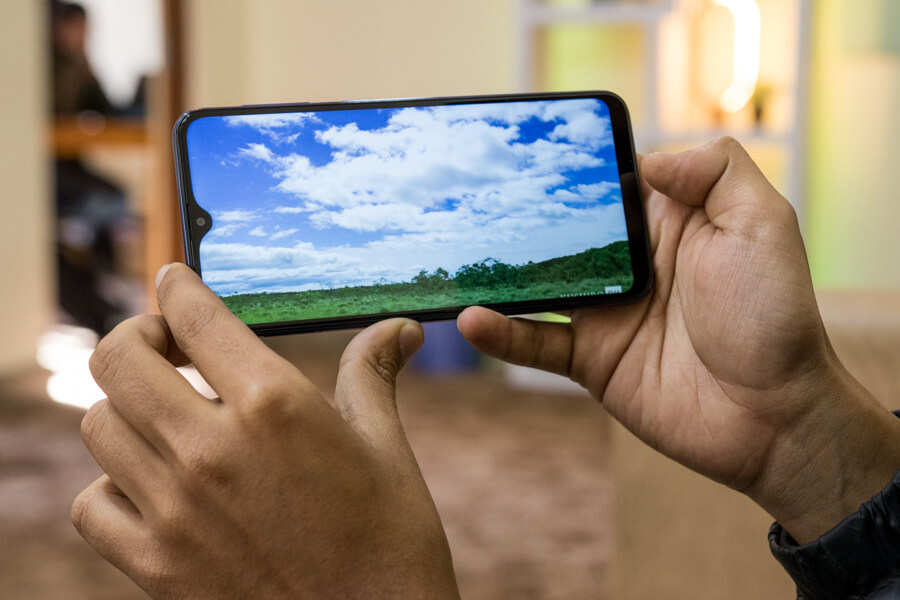 On the camera side of things, the phone boasts a dual camera setup at the back and a single selfie shooter on the front. The camera pair on the rear panel is a combination of 13MP and 5MP sensors: the primary is the wide-angle lens whereas the secondary one is an ultra-wide-angle. So you can already guess, the device has a somewhat wider scope of applications than the devices with a depth sensor on the secondary camera. With the secondary camera in action, users can expand the field-of-view up to 120-degrees in addition to taking portrait images. On the front, there is a 5MP selfie shooter, which rests meticulously on the notch. In addition to taking normal pictures, the selfie cam on this device is also capable of taking portrait selfies.

Moving on to the battery, the phone comes equipped with a 3400mAh non-removable battery. With low-res display and power-efficient chipset on the board, we can expect the battery to provides a decent backup. Samsung has also said it has included optimization technics to enhance the battery life. So you may not have to plug the device to the charger every now and then.

The Galaxy M20 is better of the two. But considering the specs and price of the device, it could easily be one of the best budget devices at its price.

Going by the specs, the phone comes with a tall 6.3-inch infinity V display. The screen on this device is capped with 2.5D curved glass and enriched with Full-HD+ resolution. Talking about the performance, the phone boots with Exynos 7904 chipset enjoying 3/4GB RAM and 32/64GB of storage alongside. Just like the Galaxy M10, the M20 also comes with a dedicated SD card slot for storage expansion.

On the camera front, the device flaunts a 13MP primary shooter backed by a 5MP ultra-wide-angle camera. There is an 8MP shooter on the front dedicated for the selfies. Battery is the biggest selling point of the Galaxy M20. It comes with a whopping 5000mAh battery with 15-watt fast charging support. A 5000mAh battery is already capable of providing a prolong backup. On the top, there is Samsung’s extra intelligence to enhance the battery life further. So it may not be any surprise if the handset turns out to be the smartphone with best battery life for its price. Talking about the software, the device comes with Android Oreo out of the box just like the Galaxy M10. The software is flavored with Samsung’s Experience UI on the top. Although the presence of an old version of the software is disappointing, Samsung has also promised to roll out Android Pie update with One UI on both the devices some time in August.

The Galaxy M10 and M20 are going on sale in India from today. And it will not take very long for the devices to land in Nepal. Samsung Nepal is striding to launch the device very soon in Nepal. Although Samsung Nepal officials hesitated to give a solid word on the date, they implied that the device will launch in the second week of February.