Samsung Galaxy M12 has gone through a price change, almost a year after its debut in Nepal. Here, we will look at the latest price of the Samsung Galaxy M12 in Nepal, along with the specs, features, and availability.

The notch houses the 8MP selfie shooter. Design-wise, the all-metallic back comes with micro motifs and curved edges to provide a better grip.

The rear camera setup features a quad-camera array. The primary sensor is a 48MP lens. Other sensors include a 5MP ultra-wide lens, a 2MP depth sensor, and a 2MP macro lens. 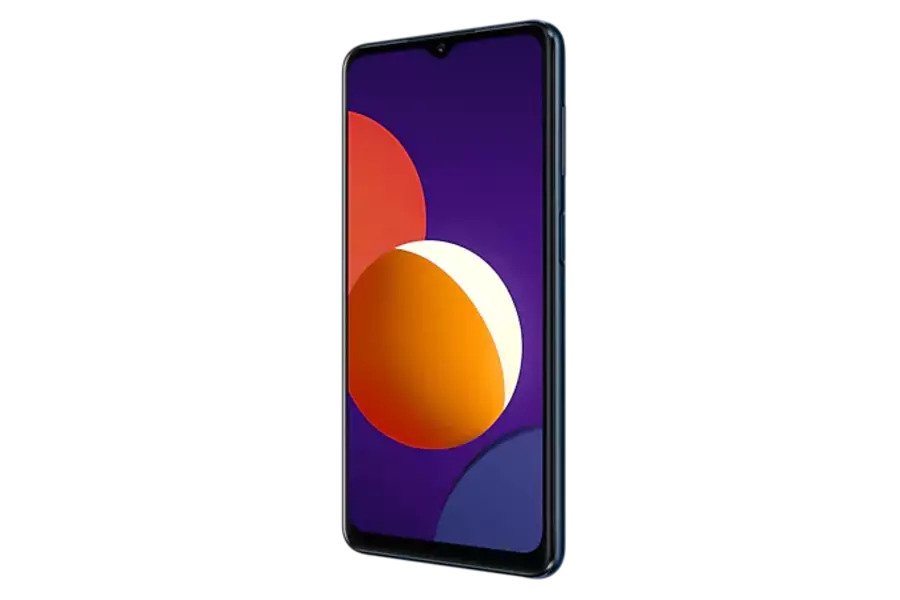 Powering the device is the Exynos 850. It is built on an energy-efficient 8nm architecture but isn’t very powerful with 8x Cortex-A55. The RAM options are 4GB, and 6GB. Similarly, the built-in storage options include 64GB and 128GB. Furthermore, there’s a dedicated microSD slot for memory expansion.

As for the battery, Galaxy M12 runs on a 6000mAh unit. It is rated to deliver up to 58 hours of talk time on a 4G network. Other features include a side-mounted fingerprint sensor and 15W fast charging.