Home Samsung Samsung Galaxy M90: Another addition to the M-series 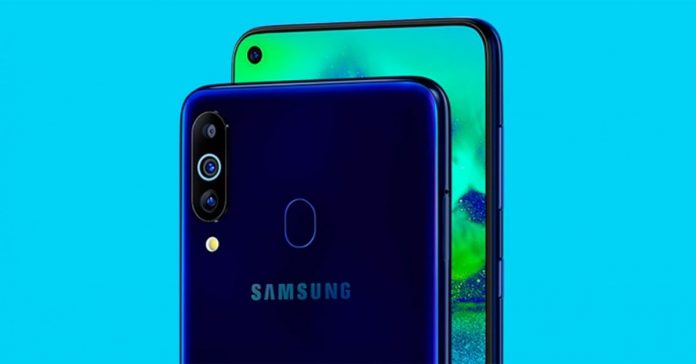 The first half of the year, we saw Samsung‘s mid-range series; Galaxy M10, M20, M30, and the M40. Now, the rumors have it that Samsung will soon be launching Galaxy M10s, M20s, M30s, and the M40s; which will be the upgraded versions of the phones of the previous generation. However, a fresh leak reveals that Samsung is work on yet another smartphone of the same series; the Samsung Galaxy M90.

According to sources, the South Korean company has named M90 as model number SM-M905F. As of now, nothing is known about the specifications of the smartphone. Although, we can claim that the Samsung Galaxy M90 will be exactly the same as the upcoming Galaxy A90. However, the M90 is expected to offer steller specs at an affordable price. The Galaxy A90 is going to have top-notch specs; no doubt. The phone will be fueled by Snapdragon 855 chipset and powered by a 4400 mAh battery. The phone will presumably come with a 6.7-inch full HD+ AMOLED display with an Infinity-U notch. Also, the rumor has it that the phone could come in 4G and 5G versions. The specs could differ in some places however, as the Galaxy M90 will be a mid-range segment phone. Where things could differ is the processor. Galaxy M90 is likely to house a Snapdragon 730 chipset. A comparatively smaller battery of 4000 mAh; which is also not so bad. Adding to this, the screen could also differ with a hole-punch cutout for the front camera.

So, the Galaxy M90 is going official in October or November; according to reports. But, there is no information if Samsung will be shedding light on Galaxy M50, Galaxy M60, Galaxy M70, and Galaxy M80. Hopefully, we will get more details on M90 as its launch approaches near.