Samsung Galaxy M40 was unveiled in Nepal some 6 months ago. However, targetting Christmas and New year, Samsung is providing a crazy discount on M40 and is offering the phone at a discounted price.

Under the hood, the M40 packs quite the specs to say at the least. It comes packed with Snapdragon 675 which is a very good performer. Talking about the software, it runs on the Android Pie with One UI on top. Samsung has also released the date on the availability of Android 10 with One UI 2 here. It flaunts a 6.3- inches FHD+ PLS display with a punch-hole just like the Galaxy S10. And if I remember correctly, we saw a PLS display in the Galaxy M20 and M10 as well. The device packs a triple camera setup consisting of a 32 MP main camera module, an 8 MP ultra-wide-angle lens and a 5 MP depth sensor. As mentioned earlier, there is a punch-hole cutout instead of a notch in this phone which carries the 16 MP selfie camera. Battery- wise, it’s a 3,500 mAh unit in the M40 and comes with a Type-C port and 15W fast charger inside the box. Talking of ports, the headphone jack seems missing on the phone. The phone has 6 GB RAM and 128 GB storage. This makes the Galaxy M40 the cheapest Samsung phone in Nepal with a 6/128GB configuration. The memory is further expandable up to 1 TB via a microSD card slot. 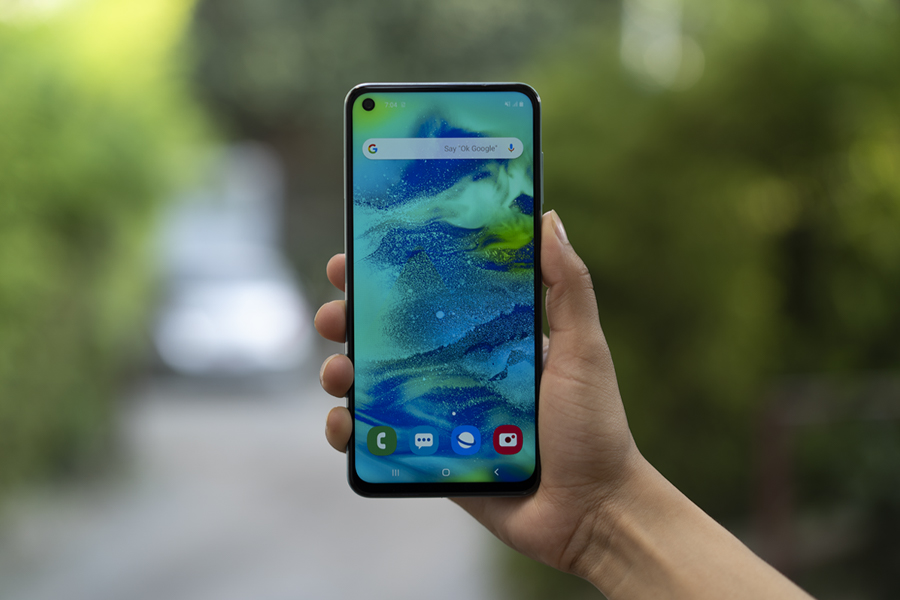 The Samsung Galaxy M40 was launched in Nepal for the ballpark price of Rs. 36,190. However, as a part of the New year 2020 Offer, Samsung is offering a huge discount on the Galaxy M40. Hence, the new price of the Samsung Galaxy M40 in Nepal is Rs. 25,999. Buyers can redeem this offer from all the offline mobile stores in Nepal.