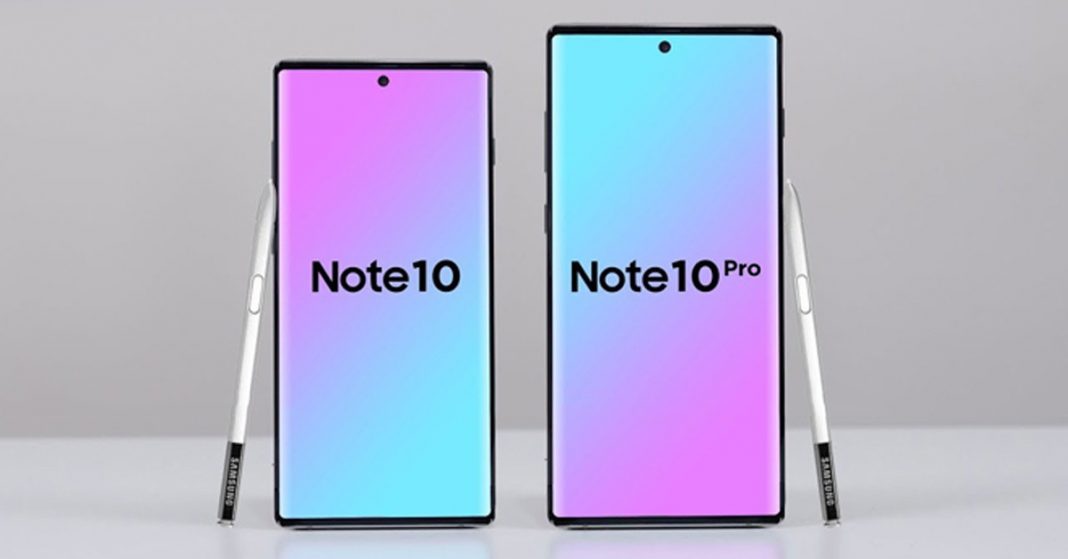 Internet and rumors – I doubt there is a better love story than this. These two are inseparable. People say you should not believe everything you read on the internet! But then again, when it comes to leaks and such for the top-notch tech, we can’t resist ourselves. And well, today, the rumor mill brings us the exciting new updates about Samsung’s Galaxy Note 10! Also, it’s set to launch soon – August 7 or August 8, depending upon which part of the world you live in. So, the Samsung Galaxy Note 10 series will be an exciting addition to the note ecosystem.

Although there are still some days left for the official launch, rumors about the device are all over the internet. Actually, they were there from quite a while ago…Famous leakster, Evan Bass (@evleakes), shared some info about what the new Galaxy Note devices will feature. According to his information, the Samsung Galaxy Note 10 has a 6.3″ AMOLED display with a refresh rate of 60Hz. It will be available in an 8GB/256GB variant only. The battery on this device will be of 3600 mAh. This information, however, contradicts the previous rumors that were making rounds on the internet. Previously, it was rumored that the devices’ battery capacity will be 3500 mAh only. So, the new rumors come as good news for potential Note 10 owners. Nevertheless, that’s still a smaller size than what we saw on the Galaxy Note 9!

Furthermore, he claims that the Note 10 will run on the recently released Qualcomm Snapdragon 855 +. However, another famous leakster, @onleaks, refutes this claim. No official word about the use of this chipset has been released, thus the phone will probably feature the Exynos 9825 SoC in most markets. And to me, this one makes more sense as well.

In addition, the Galaxy Note 10 will have a triple camera setup – 12MP wide, a 16MP ultra-wide and a 12MP telephoto. Also, the punch hole upfront will feature a 10MP dual-pixel selfie camera. The rear cameras are capable of shooting 4K videos at 60fps whereas the front camera can shoot 4K video at 30fps.

As for the Note 10+, this device will have a similar Infinity-O AMOLED display. However, the screen size is larger 6.8″. Most of the features such as the chipset, glass body, security system, and OS are similar to that of Note 10. Noticeable differences can be seen in the battery size which is set to be of 4300 mAh and an additional ToF lens for depth data. The detailed specifications of both devices are given below:

So, what do you think of the upcoming Samsung Galaxy Note 10 devices? Do they still pack enough excitement for you?