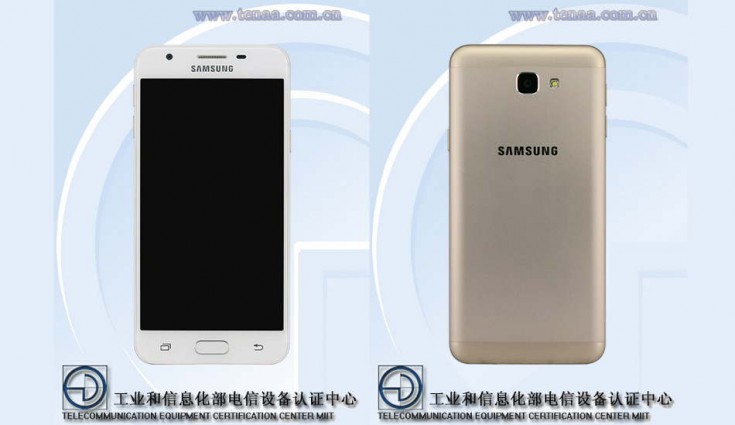 These days, specifications of most of the ‘to-be-launched’ smartphones leak online. We get to know how a device is even before its release. Be it via leakers from Twitter or some certification website, everything about a device ranging from its design to battery leaks online. And the latest inclusion to this trend is the Samsung Galaxy On5 2017. The device has appeared on the Chinese certification website – TENAA.

Talking about its specifications, the Samsung Galaxy On5 2017 sports a 5-inch display with the resolution of 720 x 1280 pixels. Underneath the hood, the device is powered by a Quad-core processor with a clock speed of 1.4 GHz. This is aided with only 2GB of RAM. Buyers will get three storage options: 16GB, 32GB and 64GB. There is an option to expand the storage up to 128GB. The device runs on Android v6.0 Marshmallow which is sure to be skinned.

According to the TENAA listing, the Samsung Galaxy On5 2017 has a 13-megapixel rear-facing camera equipped with a LED flash. At the front, it is equipped with a 5-megapixel front-facing camera. Although the listing hasn’t mentioned the inclusion of a fingerprint scanner, we can expect it to be integrated into the home button.

Battery wise, the device houses a 2,600 mAh battery which could be insufficient to some in real life. The images in the TENAA listing have made sure that one of the color options is Gold. Connectivity wise, the device features dual SIM slots, Bluetooth 4.0, Wi-Fi and GPS. It will, however, have a micro USB 2.0 port. The device is 69.5 mm wide, 142.8 mm tall and 8.1 mm thick weighing around 142 grams.

The listing hasn’t revealed the pricing of the Samsung Galaxy On5 2017. However, some rumors have explained the device’s pricing to start from Rs. 19,000 – 22,000. [Note that this is just a rumor and the real life pricing could be different] Similar rumors have suggested Samsung to launch the device this late May. Keep following Gadgetbyte Nepal as we will be covering more as the story of the Samsung Galaxy On5 2017 unfolds.