Home Samsung Samsung Galaxy S10 trio will feature LPDDR5 RAM, but what does it... 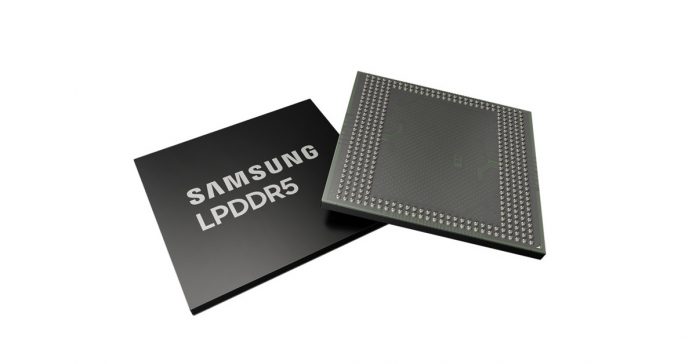 Last year, Samsung showed us the world’s first LPDDR5 memory chips for the next generation of flagship smartphones. Naturally, we’d expect the new Galaxy S10 devices to come with this new memory technology. But what does LPDDR5 actually mean? More so, for us, laymen?

For starters, they are supposed to be as much as 10% more power efficient compared to LPDDR4X chips. So, in theory, they should help in attaining better battery life for your next smartphone. Also, the new technology is about 1.5x faster than it’s predecessor, claiming data transfer speeds of up to 6400 MBPS, which results in an overall faster performance.

So, the LPDDR5 memory, if it makes its way to your next smartphone, will make it faster while consuming less battery. But we hear about better performance and power effeciency year after year on different platforms – be it RAMs, processors and the likes… So, what else do we get?

Samsung, the company that introduced and is currently manufacturing these high bandwidth chips have plans for it, obviously. The first is the improvement in AI-powered applications. And AI is this sea of crunching numbers after numbers, which requires a lot of power. Faster RAM equals faster performance equals faster response, right? With the whole industry moving towards AI, this seems evident.

Samsung also says the faster LPDDR5 memory will help with 5G connectivity. We already know one of the three devices from the S10 lineup will feature 5G connectivity, which should benefit from this new technology (LPDDR5). While the Snapdragon 855 chip will need another modem to support 5G, the LPDDR5 RAM should help in reducing the latency between the chip and the modem and other technical things that go inside smartphones. Off-topic: A few rumors suggest the new 5G Samsung phone will stay exclusive to Verizon network for the first few months.

So, to conclude, the LPDDR5 chips are faster, consumes less power and helps with AI-powered applications & 5G enabled smartphones. Should the new memory standards make its way to your next Samsung flagship, be sure to check for these improvements and get back to us.