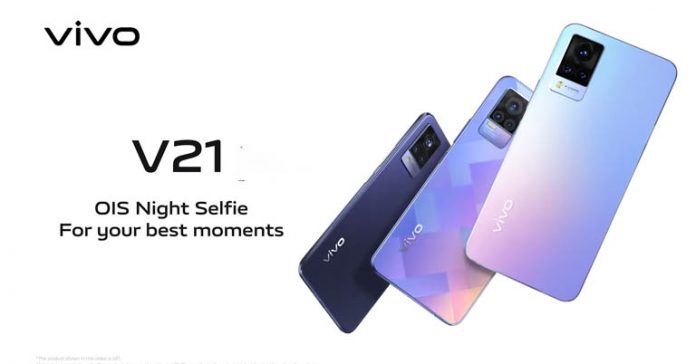 Vivo has unveiled the new V21 series in Malaysia. Though the series features a trio of devices, here we will be focusing on the V21 and V21 5G. Let’s learn more about the Vivo V21 and V21 5G including their official specs, features, expected price, and availability in Nepal.

Both the Vivo V21 and V21 5G are identical devices except for the 5G connectivity in the latter. With both of them, you are getting a 6.44-inch FHD AMOLED screen. It is an E3 panel manufactured by Samsung and has support for a 90Hz refresh rate and HDR10+ content. The display boasts a brightness of up to 800 nits under High Brightness Mode (HBM). The screen also hides the in-display fingerprint scanner. 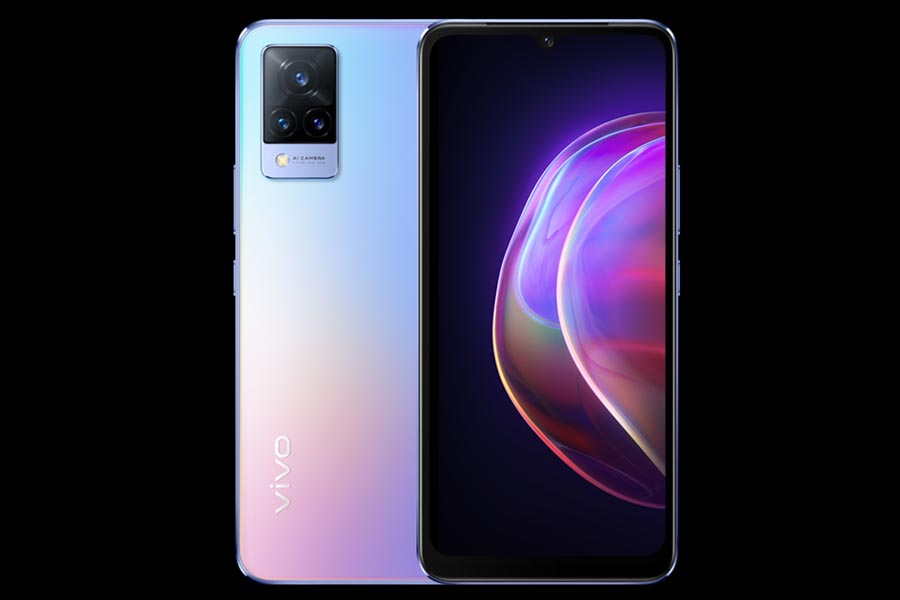 At the back, Vivo has opted for AG Matte Glass design like in its predecessor. The weight and the thickness vary according to the color options. The Dusk Blue variant is both slimmer (7.29mm) and lighter (176g) than the Sunset Dazzle option (7.39mm, 177g).

Moving on, Vivo V21 and V21 5G is powered by the Dimensity 800U processor. It’s a MediaTek chipset based on a 7nm process. It has two Cortex-A76 cores clocked at 2.4GHz and six Cortex-A55 cores clocked at 2.0GHz. The graphics are handled by Mali-G57 GPU. As the moniker suggests, despite featuring the same chipset, only the V21 5G supports 5G connectivity. It has a theoretical peak download speed of up to 2.3Gbps.

Both phones come with 8GB of RAM and 128GB of storage. Vivo claims that its Extended RAM feature can increase RAM by up to 3GB using internal storage.

Getting to the cameras, Vivo V21 features three cameras at the back and one at the front.  Leading the lineup is a 64MP primary camera that has Optical Image Stabilization (OIS) for stable shooting. It is accompanied by an 8MP ultrawide sensor. The third camera is a 2MP sensor for macro photography. 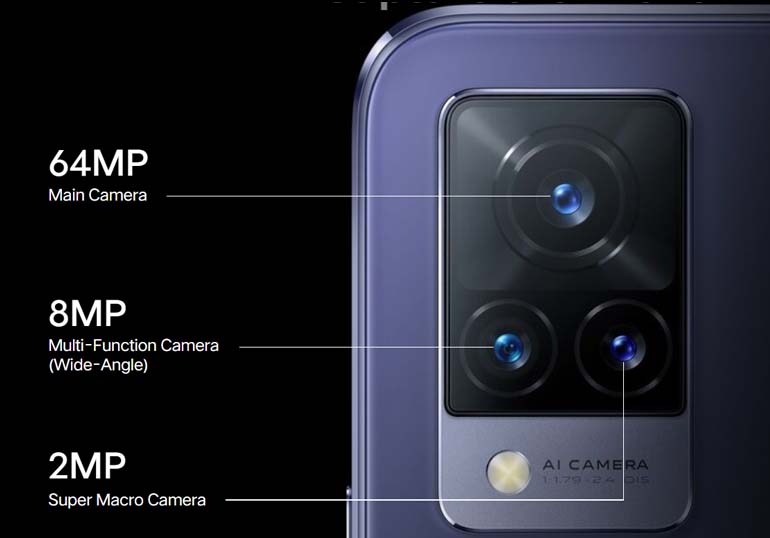 Like with the V20, users can use both the front and rear camera setup simultaneously. This feature can be great if you are into vlogging. Similarly, Vivo has included OIS for the front camera as well. The 44MP selfie camera even has a dual-LED flash to help you shoot in the dark. It can record stable 4K videos too.

Vivo V21 and V21 5G are fueled by a moderate 4,000mAh battery and have support for 33W fast charging. They ship with Funtouch OS 11.1 based on Android 11. Connectivity-wise you get a hybrid SIM slot, dual-band Wi-Fi, and Bluetooth 5.1. The phones feature a down-firing single speaker and it doesn’t have a 3.5mm headphone jack. But, Vivo does ship these phones with an earphone jack adapter inside the box.

Vivo V21 and V21 5G Price in Nepal and Availability

Explained: What is virtual or extended RAM in smartphones?

Neural implant allows paralyzed individual to type at the speed of...