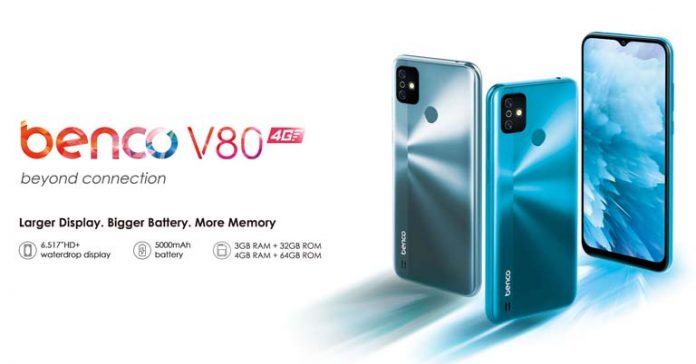 INONE Technology, the company behind the success of Benco smartphones, launched Benco V80 back in April. The company has now introduced the higher memory variant of the smartphone, at an intriguing price. So, let’s find out the specifications, official price, and availability of the Benco V80 in Nepal after the latest addition. 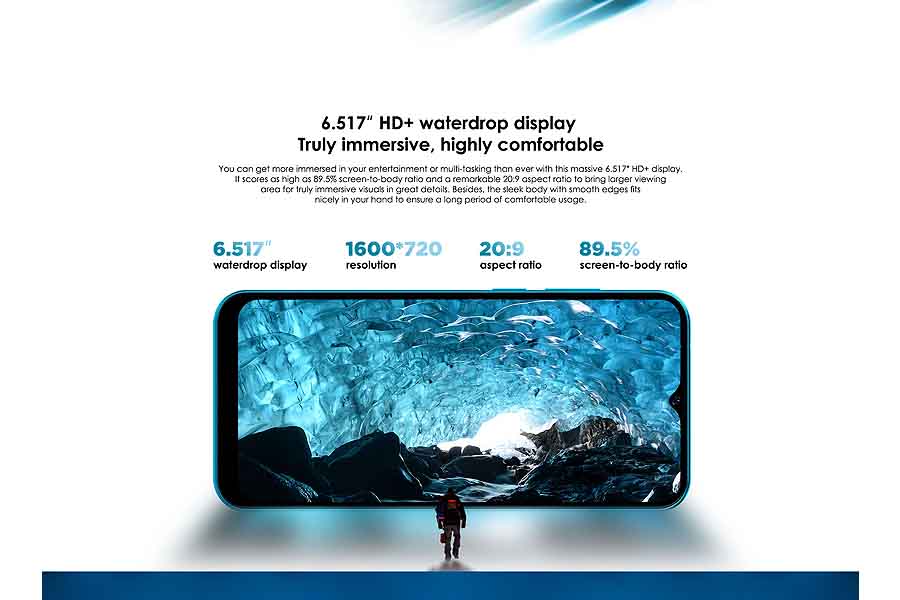 Furthermore, the device’s back has a glossy look with cast-shifting light and shadow effects at various angles. In addition, the back has a dual-camera configuration with an 8MP main sensor and a VGA lens. The camera can identify 13 different types of scenarios and then adjust the colors, brightness, or clarity accordingly.

Under the hood, Benco V80 is powered by an octa-core Unisoc SC9863 processor clocked at 1.6GHz. Users can choose between 3GB and 4GB of RAM options. Similarly, the base variant is coupled with 32GB of storage while the higher variant gets 64GB of internal storage.

Moreover, the storage can be further expanded up to 256GB via a microSD card. Getting into the software side of things, V80 runs on stock Android 11 out-of-the-box with little to zero customizations from Benco.

Moving on, the phone packs a big 5000mAh battery. You get a fingerprint scanner at the back with a response time of 0.3 seconds. It ships with an earphone inside the box which means the phone does have a 3.5mm headphone jack. Benco V80 is available in two color configurations: Cyan Blue and Greenish Silver.

The price of the Benco V80 in Nepal starts at NPR 12,100 for the base 3+32GB variant. Likewise, the newly announced 4/64GB variant of the phone costs NPR 13,599. You can buy Benco V80 from select mobile retail shops all over Nepal or contact their Facebook page for more info.