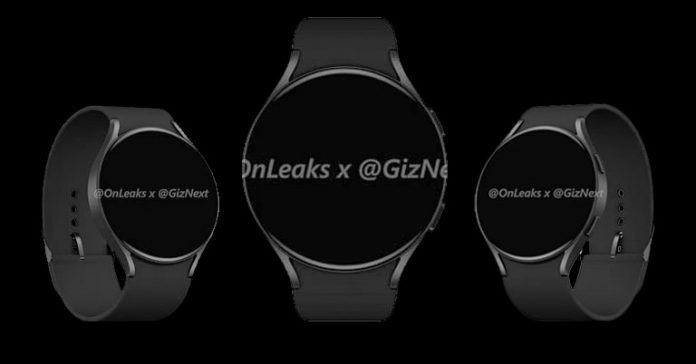 Last month, Google confirmed that it has come to an agreement with Samsung to merge their respective smartwatch platforms. The Wear OS x Tizen OS platform is most likely to debut on the upcoming Galaxy Watch 4 series. This lineup will feature Galaxy Watch 4 and Watch Active 4. We now have the first leaked renders of the latter. Here we will be talking about all the leaks and rumors surrounding the Samsung Galaxy Watch Active 4.

The renders come from OnLeaks, who collaborated with GizNext for the leaks. According to the leak, Watch Active 4 will be available in two sizes – 40mm and 44mm. Both of them will feature aluminum housings.

Similarly, Watch Active 4 continues with the bezel-less design. The circular display is protected by a 2D glass cover. As expected, it doesn’t feature a rotating dial but that should arrive on the standard Galaxy Watch 4 instead. 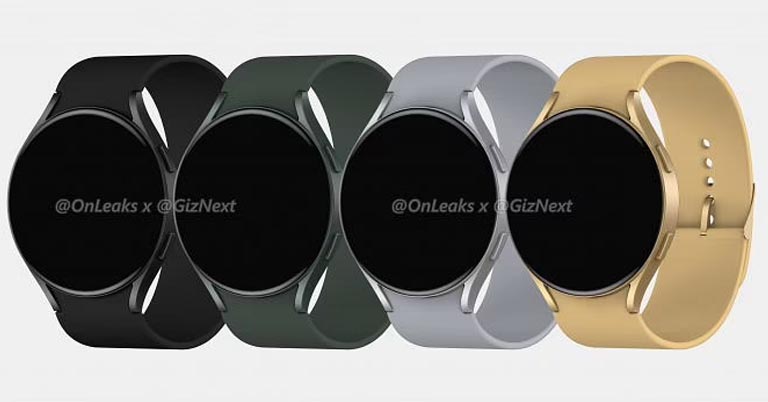 There are two physical buttons on the right side, but they look different from the ones on the Active 2. There is no gap between the watch case and the rubber strap either. Lastly, the band fastener is also different.

The renders show the watch in four colors – Black, Silver, Green, and Gold. However, the leakster is not vouching for the accuracy of these options. It leads us to SamMobile’s report that the Gold variant shown in the renders will actually be Rose Gold / Pink Gold in shade.

Moving on, the leak also reveals that the watch will be powered by a 5nm chipset. It means Samsung is finally moving on from Exynos 9110 chipset (10nm node) this time. We also expect the Watch Active 4 to run the new “Wear” platform out-of-the-box.

According to the leak, the Galaxy Watch Active 4 will launch on June 28 at MWC 2021 Event. This corroborates IceUniverse’s Q2 launch timeline. However, SamMobile reports that the launch will take place in August.