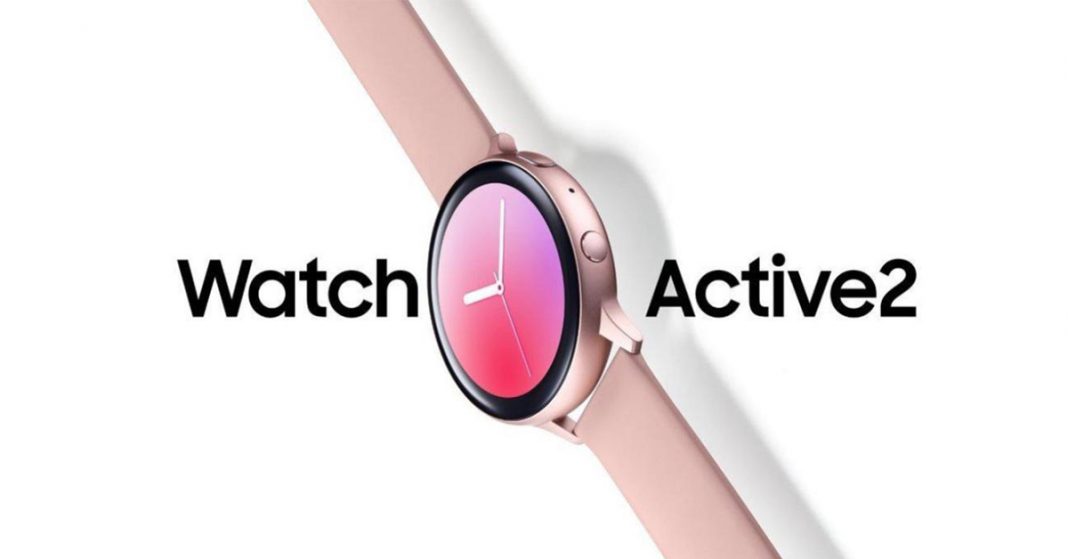 Rumors, rumors, and more rumors. With the highly anticipated Galaxy Unpacked yet to come, I don’t think the rumors regarding the event will stop any time soon. Along with Note 10 and Note 10+, Samsung is set to launch other multiple devices in this event. And the Samsung Galaxy watch Active 2 might also be one of them.

Previously, leaks had emerged teasing the various features that we’ll probably find in the Samsung Galaxy Watch Active 2. Rumors about an inbuilt ECG tracker had also made rounds. Well, new leaks have emerged confirming many of the previous ones and a few more.

The watch will be available in two sizes, 40 mm and 44mm. The former will have a 1.2″ screen whereas the other one will have a 1.4″ display. Both of them will be a Super AMOLED display with 360×360 resolution. Furthermore, the screens will get Gorilla Glass  DX+ on top.

Both the variants will be available in either aluminum or stainless steel casing. The device allegedly adheres to the MIL-STD 810G durability standards. So, expect both of them to be pretty sturdy. The processor on the device is the same as its predecessor. It will use the Samsung Exynos 9110 Soc however the RAM will vary depending upon the model. The Bluetooth only model will have 768MB of RAM whereas the LTE-capable will have 1.5GB of RAM. However, the internal storage on both of them will be 4GB.

Talking about the battery, the 40mm watch may have a 247mAh battery. Similarly, the 44mm watch will be powered by a 340mAh battery. The previous rumors about the device having an ECG tracker and fall detection. However, the former will probably take a year to roll out because Samsung has still not received the FDA approval for it.

Equipped with Bluetooth 5.0, the improved range will decrease your worries about the watch losing connectivity with your phone. However, the increased range of connectivity could also lead to you compromising your privacy. Read more about that here.

Even though all these rumors regarding the specs of the device have come up, there’s still no certainty about its release date. Many expect it to release in the Galaxy Unpacked event however the timestamp on the new leaked images suggest that it may well release 2 days prior to the event. Whatever it is, the device has bleak chances of releasing in the Nepalese market as its predecessor had not released here either. But, who knows. Maybe it will be available this time. Till then all we can do is speculate.