Samsung has launched a new budget smartphone, the Galaxy J2 Pro, in Nepal. Priced at Rs. 15,900, the phone comes with 2GB of RAM and a 5-inch Super AMOLED display. It is available for purchase starting today from offline mobile stores all across Nepal.

The Samsung Galaxy J2 Pro looks and feels like last year’s Galaxy J2 2016. It has a plastic removable back and a metal frame giving it a sturdier feel. On the back, there is a “Smart Glow LED ring” which is basically four LEDs that lies on the border of the rear camera. These LED glows in different colors and serves as a notification system.

The best part about the phone is its 5-inch AMOLED display which is slightly better than what competition are offering at this price range. The AMOLED display is vivid, oversaturated, and provides deeper blacks.

On to the performance department, Samsung has finally opted for 2GB of RAM; ditching the pettifogging 1.5GB RAM policy. However, the phone is still powered by an outdated and underperforming 32bit quad-core processor (Spreadtrum SC8830). Samsung is also heavily advertising its Turbo Speed Technology to boost the performance by shutting down idle apps running in the background. But, we kind of liked if Samsung had included a more reliable Exynos or Snapdragon processor. 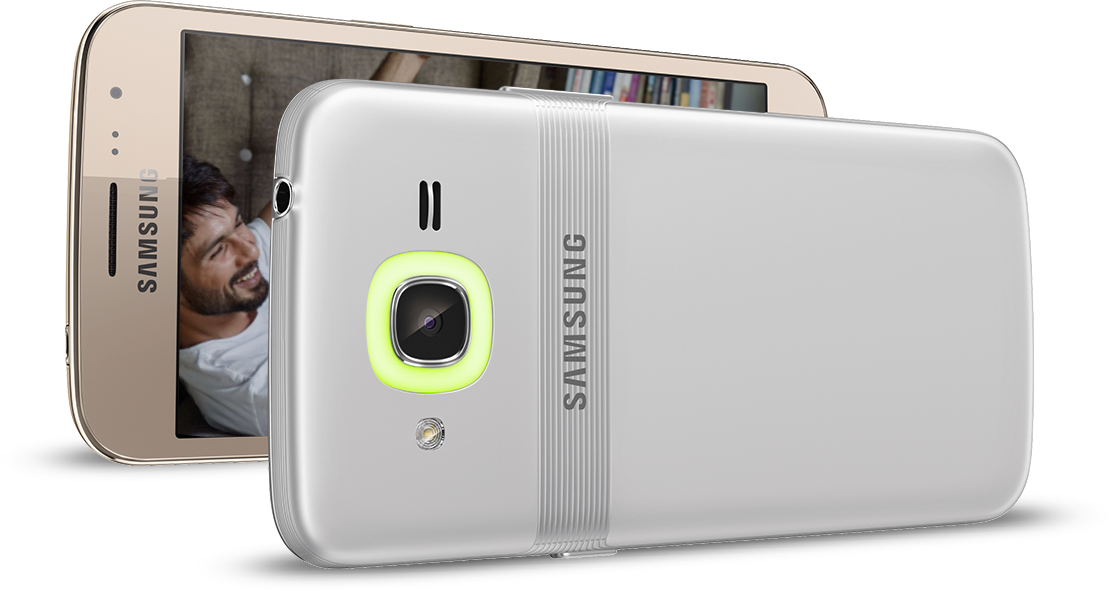