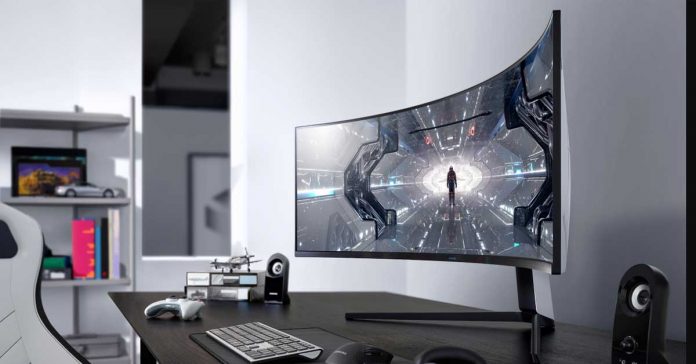 The annual Consumer Electronics Show (CES) is a platform for the world’s biggest brands to showcase their innovations and ideas. It gives us an idea of what to look to in the coming years. With the latest edition of CES set to start on the 7th of January, we have had two big announcements from Samsung. First, Samsung revealed its new lineup of a curved Odyssey gaming monitor, then news from Korea confirmed the unveiling of its new bezel-less QLED TV.

Even when it has been just days since the start of the new year, there has been so much news about what Samsung is going to do this year. Recently Samsung unveiled the new Galaxy Book Flex ‘Alpha‘. Following that, Samsung has announced a new gaming monitors line-up dubbed; Odyssey.

As of now, Samsung has confirmed two models of Odyssey Gaming Monitors- G9 and G7. These gaming monitors feature radically new curved displays.  Samsung claims these to the first monitors to come with a high-performance 1000R curvature and stunning QLED picture quality. G9 comes with a 49-inch Dual Quad High-Definition (5120 x 1440 resolution) panel. It comes with a rapid refresh rate (up to 240Hz) and a quick response rate(1ms). It features a 32:9 aspect ratio and peak brightness up to 1000 cd/m2. Quantum dot technology is combined with an HDR1000 VA panel. G9 is said to eliminate distraction and lag time, creating ultra-smooth screen transactions. 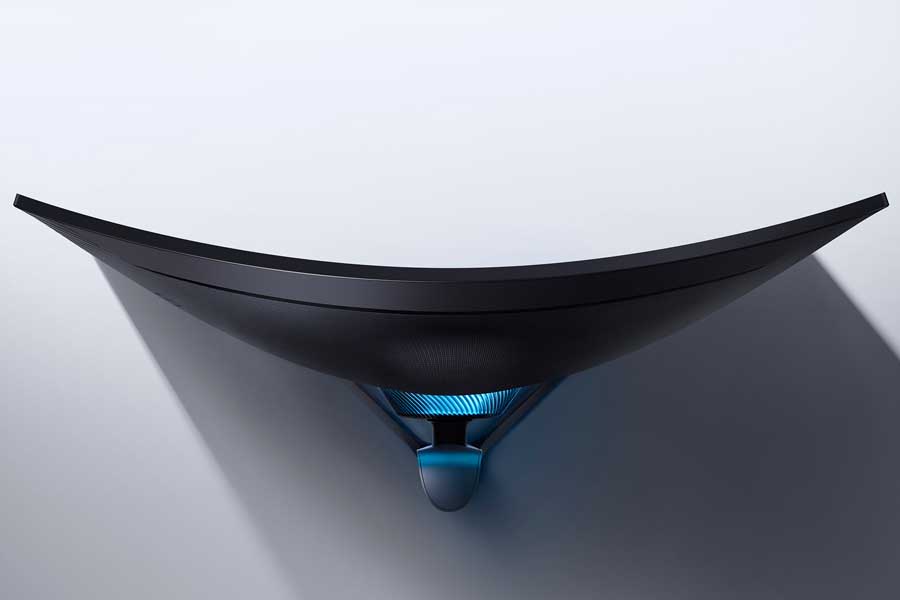 The G7 is said to have all the features of the G9 but in a smaller panel. It will come in two sizes- a 32-inch model and a 27-inch model. The response time and refresh rate are the same as that in G9.

It will feature a Quad-High Definition panel of 2560 x 1440 resolution and 16:9 aspect ratio. Quantum dot technology is combined with HDR600 VA panel. Brightness can reach up to 600 cd/m2.

Odyssey G9 and G7 Gaming Monitors will be available in the market from the second quarter of 2020. Samsung hasn’t revealed anything about the price of the two monitors. 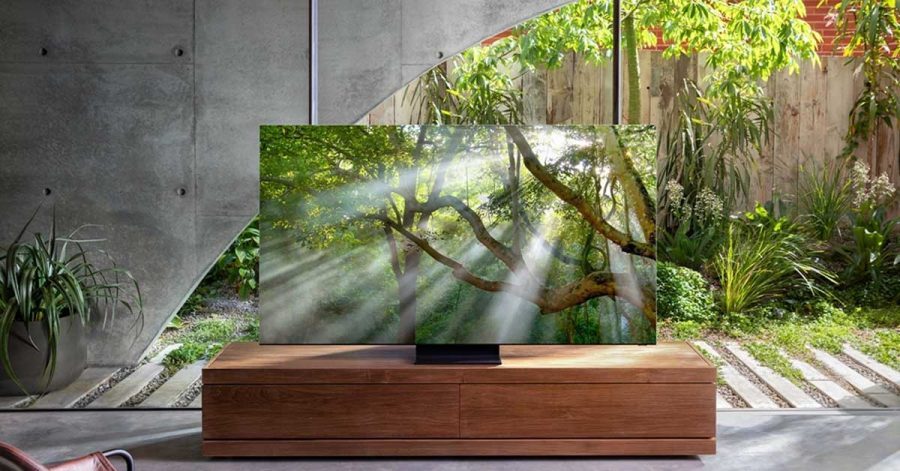 In other news, Samsung has launched a new QLED 8K TV in CES 2020. With the model name “Q950TS“, this gorgeous piece of engineering features advanced AI technology.

The new QLED 8K is based on Samsung’s Infinity design which eliminates screen bezel. Because of the eliminated bezels, 99% of the screen can be utilized. It features a 15mm slim design and comes with a completely flat rear side.

The new AI quantum processor in the QLED 8K TV combines machine learning and deep learning. The deep learning technology upscales pictures of any quality to 8K. The processor also enables optimal upscaling of any image using algorithms generated from its database.

The TV is also set to come with AI Scalenet which keeps the data-loss minimum during video-streaming. Samsung will collaborate with Amazon to apply this to Amazon PrimeVideo.

It will also come with technologies such as OTS +(Object Tracking Sound Plus), Q-Symphony, AVA( Active Voice Amplifier).

Q-Symphony will provide you the best sound by analyzing both the TV and soundbar’s speakers. It will deliver a rich sound throughout the room.

The AVA will adjust the volume of the video based on the ambient noise from the surrounding.

The Q950TS will come with a new user interface which will make it easier for the user to choose the content they want. In addition to Samsung’s Bixby, the QLED 8K TV will come with Amazon’s Alexa and Google’s Assistant.

So how excited are you about the Odyssey gaming monitor and the QLED TV from Samsung? Let us know with your comments below.