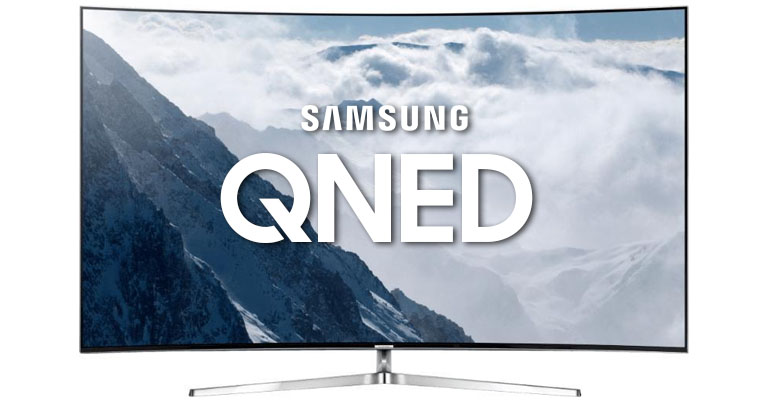 Let’s start with the LCD. It consists of tiny liquid crystals placed in front of the backlight system. The light from the backlight separates into red, green, and blue lights as it passes through a color filter. The liquid crystals then use these lights to produce the desired color on the screen. In the early days, LCD displays used CCFL as a backlight. However, they have now been replaced by a more efficient LED system. Thus, LED displays are actually LCD panels with LED light sources illuminating them.

A different version of this technology exists in the form of QLED which Samsung has been using in its high-end TVs. Here, the company uses Quantum Dot Enhancement Film. Quantum Dots are tiny particles that emit photons (light) when they are excited by an external source of energy. The light produced here differs according to the size of the dots.

But wait, why is Samsung still using LED displays when apparently they manufacture the best quality OLED panels for smartphones. The problem here is scalability. The OLED panels in smartphones use Red, Blue, and Green sub-pixels that are self-emissive. That is, they don’t need any external light source. They offer a better contrast ratio compared to conventional displays as they can produce true black by turning off all the sub-pixels. They don’t even suffer from light bleed which is a major problem in LED displays.

However, as I mentioned earlier, scalability is an issue. OLED with RGB subpixels are hard to implement on large displays. On the other hand, OLED panels are prone to screen burn-in issues in the long-run, and they also cannot get bright enough compared to QLED either. Thus, Samsung still promotes QLED in its TVs.

While Samsung avoids OLED in its TV, LG and other brands have used it in their flagships offering. These TVs use what LG calls WOLED (White OLED). As the name implies, it uses White pixels based on blue and yellow substrates which are then converted into four sub-pixels (red, green, blue, and white) by an RGBW filter.

Now that we have learned about the unique characteristics of QLED and OLED, you may ask if there is a way we could enjoy the best of both worlds. It is here where Samsung’s QD-OLED technology comes in. The idea here is to place a Quantum Dot Enhancement Film (QDEF) place instead of an RGBW color filter in front of a blue OLED.

And now, Samsung is even taking things further with the new QNED technology. It’s an acronym for Quantum Nano Emitting Diode. It won’t require a separate QDEF since the Quantum Dots will be printed into the pixel area using inkjet printing technology. Instead of blocking unwanted light and allowing only desired light to pass through, the Quantum Dot panel in QNED will convert all of the light falling on it into the desired color. This process is referred to as Quantum Dot Color Conversion and it results in higher efficiency.

Also, the light source (OLED) will be replaced by a blue-emitting Nanorod LED, hence the name QNED. The Nanorod LED is based on Gallium Nitride (GaN) which is an organic substance and thus should last longer than the organic substance (Phosphor) used in OLED panels. Other advantages of QNED over QD-OLED are better efficiency and improved brightness. It will also be free from screen burn-in issues. And to achieve this, Samsung won’t have to overhaul their current QD-OLED manufacturing plants. Similarly, it is also expected to cost less than a QD-OLED panel.

According to a recent report by UBI Research, Samsung Display will start manufacturing QNED panels starting from Q2 of next year. It also mentions that the company is capable of producing around 30,000 QNED panels per month. Earlier, Samsung Display had announced that it will stop producing LCD panels by the end of 2020.