Like its predecessor, Sony WH-1000XM4 comes with QN1 HD Noise Cancelling Processor. The dual microphones on each earcup capture noise and pass it to the processor. Then the new Bluetooth Audio System on Chip detects music and noise at over 700 times per second. The QN1 then uses all the information to implement real-time noise cancellation.

The DSEE Extreme on the WH-1000XM4 uses Edge AI, to reproduce the audio that is lost during the compression process. This AI is capable of recognizing instruments, music genres, and other elements of songs in real-time. It then restores the lost sounds for the full-fidelity experience. It is a result of a collaboration between the company and Sony Music Studio in Tokyo. 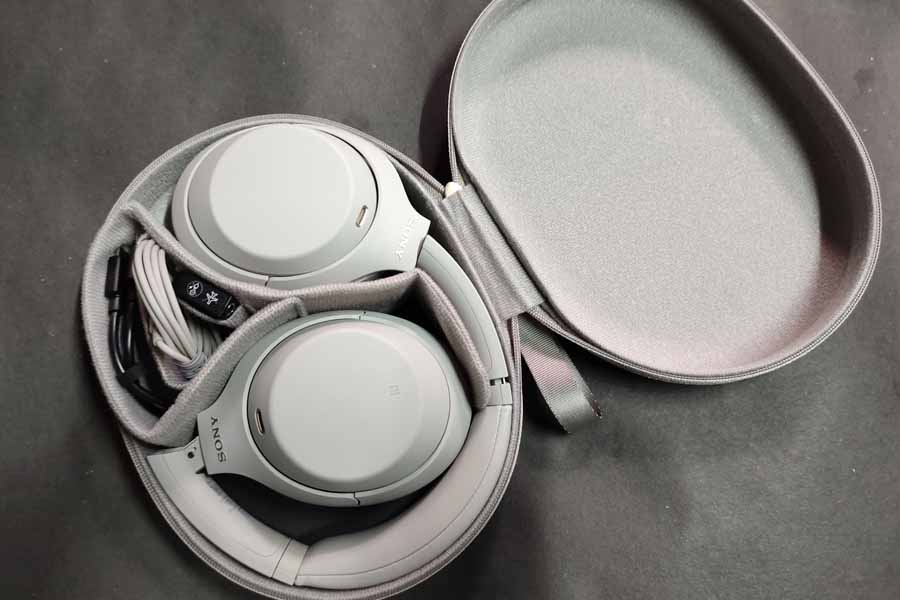 With the WH-1000XM4, Sony has announced a new feature called “Speak to Chat.” It allows users to have conversations without taking the headphones off. According to Sony, the headphones will recognize the user’s voice as they start speaking and will stop the music automatically.

The music will only be resumed 30 seconds after the speaker stops talking. There’s also a feature called “Quick Attention” in which users can place their hand on the right earcup to decrease the volume. These new features will be useful during small conversations and making an announcement, respectively, says Sony.

The Adaptive Sound Control on the headphones adjusts ambient settings based on where the user is and what the user is doing. The best part is that it can recognize frequently visited locations and adjust the settings accordingly. Users can set preferred locations and corresponding settings on the Sony Headphones Connect App.

WH-1000XM4 features five microphones, which are controlled by a technology called Precise Voice Pickup. This uses advanced audio signal processing for clearer voice quality during hands-free calls. It is also activated during Speak to Chat. It supports Google Voice Assistant and Amazon Alexa. Sony WH-1000XM4 now also supports wear detection, 360 Reality Audio, and can be paired with two devices at the same time. The headphones promise a battery backup of up to 30 hours. Similarly, 10 minutes of quick charge can add 5 hours of playback.

Sony WH-1000XM4 headphone is now available in Nepal for the price of NPR 54,000. This includes 1-year warranty as well. During this festive season, the company is offering a flat 10% discount too. Despite these, the price of Sony WH-1000XM4 is still quite steep in Nepal considering it costs $350 in the US, and INR 29,990 in India.