ABU Robocon or the Asia-Pacific Robot Contest is an annual robotic competition in which participants from different colleges from the Asia-Oceania region compete against each other. The contest is hosted by the Asia-Pacific Broadcasting Union and hence the name ABU Robocon. The competition that we know today evolved from NHK Robocon which was first held in 1991. In ABU Robocon, participants are asked to build robots, usually two, that will complete certain tasks in a game. The game is played in two between a red team and a blue team for a duration of three minutes. The ABU Robocon Festival 2020 has replaced the official ABU Robocon 2020 which was supposed to take place in Fiji.

The theme of this year’s contest is Rugby which is also the national game of Fiji. Participants are asked to build two robots – Pass Robot and a Try Robot. These robots can either be manual or automatic. The game is played in a pre-determined field which consists of two halves divided. Each half consists of a passing zone, kicking zone, and receiving zone. 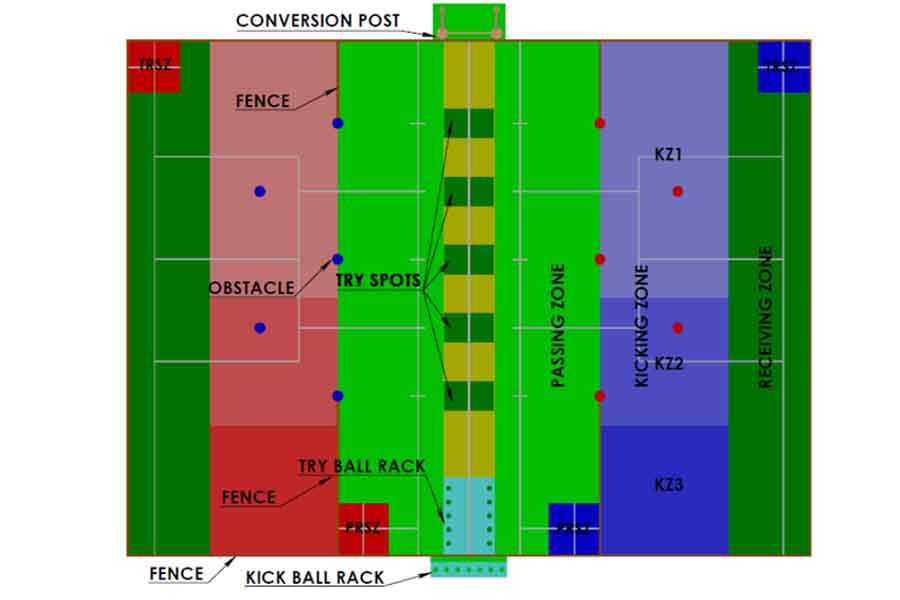 The Pass Robot (PR) and Try Robot (TR) start from their respective start zones. The PR picks one ball at a time and passes it from the Passing zone to TR which is at the receiving zone. The TR then scores the ball into one of the five Try Spots by avoiding obstacles. After a successful Try, the ball is to be kicked from any of the three kick zones towards the conversion post. The game lasts for 3 minutes but can end early if a team utilizes all of its seven balls.

Pulchowk Robotics Club has been representing Nepal in the ABU Robocon since 2002. It was chosen by National Broadcaster and ABU members. This time too, Team Nepal has sent videos of its take on Pass Robots and Try Robots.

The Pass Robot built by Team Nepal features an arm that is capable of pulling the ball from the rack. The ball is then pushed to a roller by a guide and passed using rotating rollers which provide the necessary momentum to the ball. It has been designed to take the kick as well. The kicking mechanism of the Pass Robot has two sections that mimic the human leg. Each section of the leg has a pneumatic actuator. 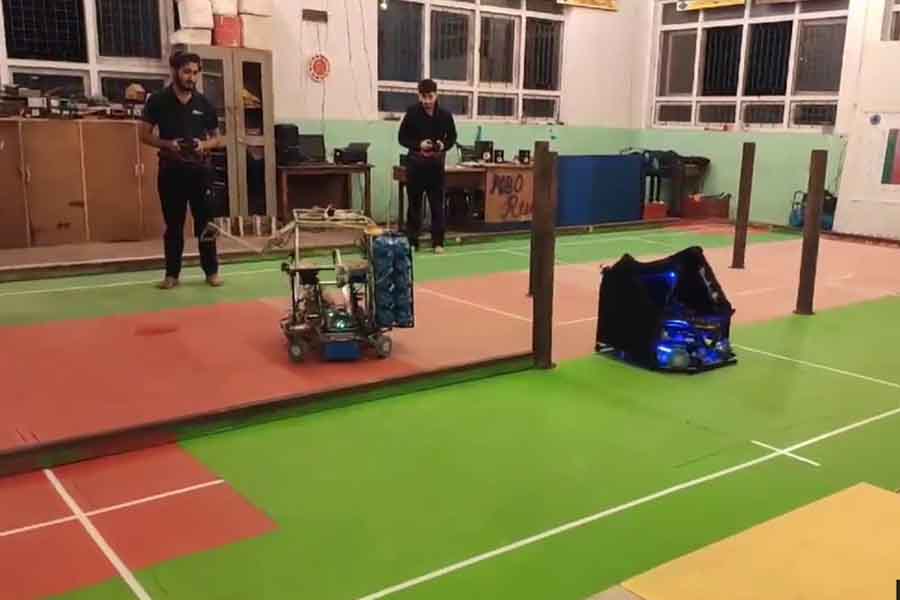 On the other hand, the Try Robot is capable of catching the ball and dropping it in the try zone. The robot resembles a basket with its front and the top left uncovered. After the robot catches the ball, the horizontal guide stops it from rolling off. When the robot reaches the try zone, the guide is lifted with respect to a pivot causing the ball to fall to the try spot.

The demonstration video sent by the Pulchowk Robotics Club has already been listed on the official page of the ABU Robocon Festival. The video will now be evaluated by other participating teams. The teams will be asked to vote to pick the top three teams. The participating teams will also be able to interact with each other in December through a planned Zoom event.