Home Daraz online Shopping These are the best laptop deals to look out on the “... This year’s Daraz “Mahabachat Bazar” campaign is already live, including plenty of discounts, offers, and coupons to help you save money. And, as always, we’re here to bring you the best tech deals in this Daraz Mahabachat Bazar campaign. So let’s go through them.

This Asus L510MA-WB04 ultrabook is intended for people on a tight budget. It is powered by Intel’s Celeron N4020 CPU and includes 4GB DDR4 RAM as well as a 128GB SSD, which provides faster read and write speeds than a hard disk. The front-facing screen is 15.6-inch in size and boasts a Full HD resolution with an anti-glare coating. This should be a reasonable alternative for people on a limited budget whose jobs aren’t particularly demanding. However, if you do a lot of multitasking or editing, there are other options in this post. 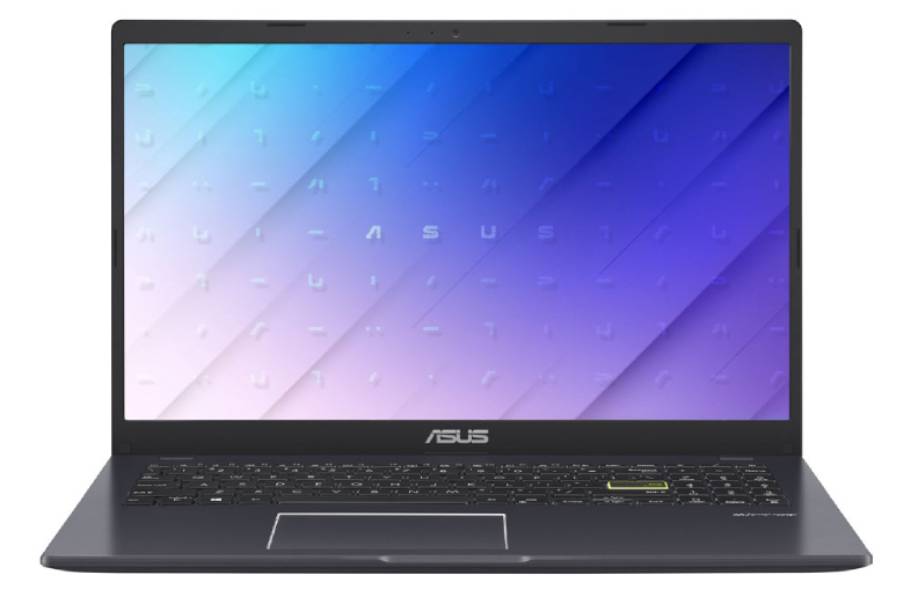 The Lenovo IdeaPad Compact 3 is a slim and lightweight entry-level notebook. The laptop is powered by an 11th-gen Intel Core i3 CPU, 4GB of RAM, and 256GB of SSD storage. During this deal, MegaTech, the official distributor for Lenovo products in Nepal, is offering this laptop for Rs. 66,900. The purchase also includes a three-year official warranty. 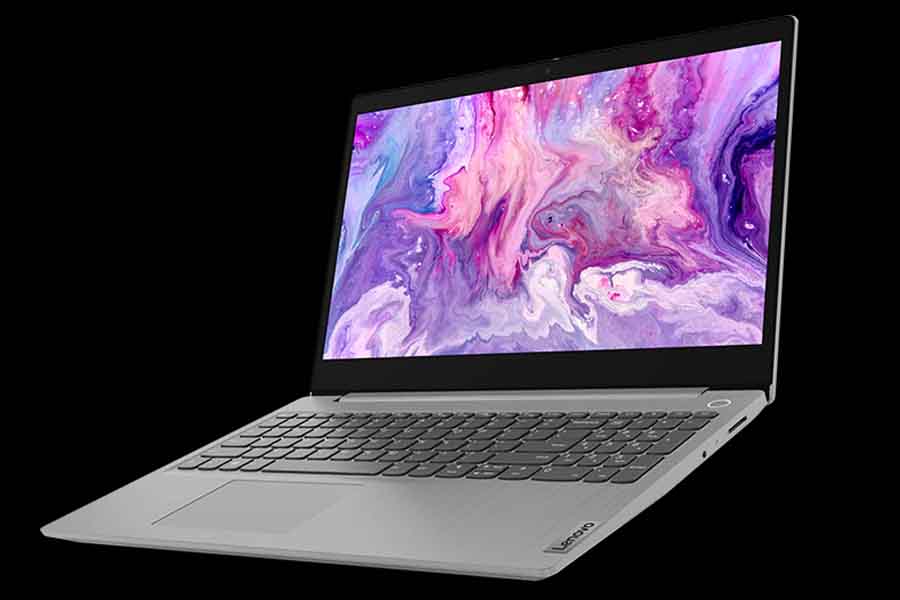 HP 15 is yet another Windows laptop on this list. It is powered by the Ryzen 5 5500U processor which is powerful enough for daily tasks, and it comes with 8GB DDR4 RAM and a 256GB M.2 SSD for a fluid multitasking experience. 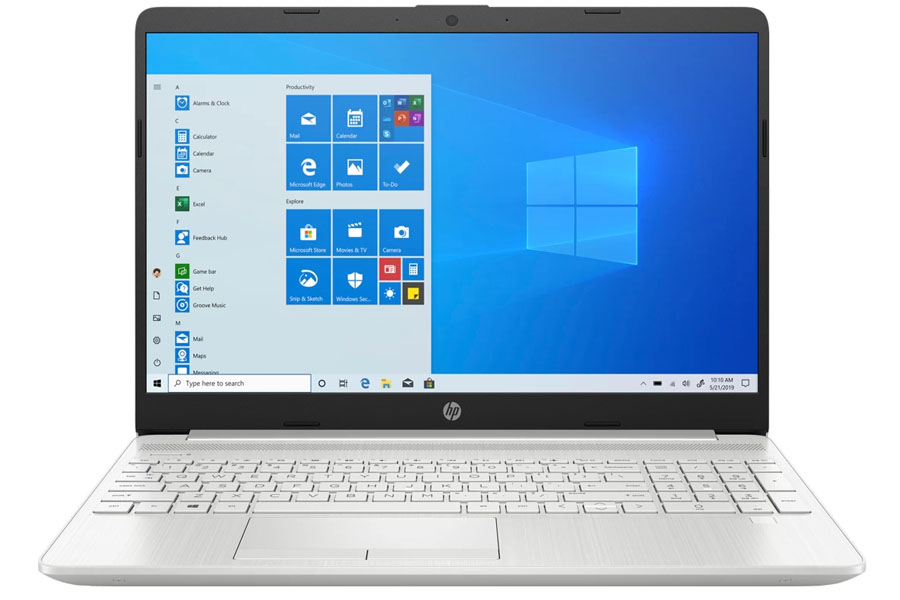 During this offer, you can get it for Rs. 73,000 without any bank discounts or anything. Including the discount will lower the price even further.

Moving on, another deal from HP during this sale is the HP 15s. Like the HP 15, it is powered by a Ryzen 5 5500U CPU with 8GB RAM, however, it has a larger 512GB SSD. Naturally, you’d have to spend a little more for this extra storage, but the price difference between the two isn’t significant. 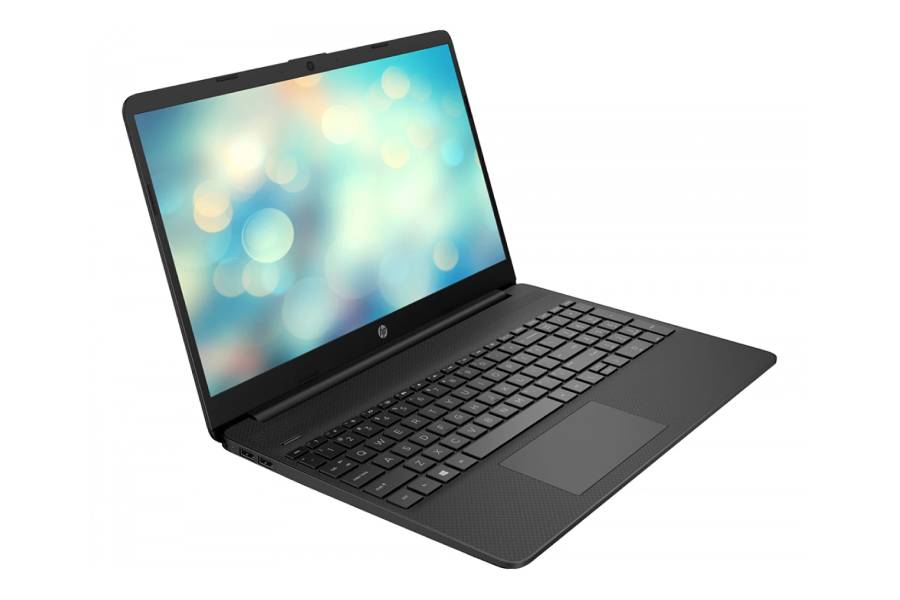 Next up on this list of best tech deals on Daraz “Mahabachat Bazar” campaign is  theAcer Extensa 15, powered by an 11th Gen Intel Core i5-1135G7 processor with Iris Xe integrated graphics. It also features 16GB of DDR4 RAM and 512GB of SSD storage, so it should be plenty for most day-to-day operations. It is available for Rs. 79,990 and you can also use vouchers to get a flat Rs. 5000 off any item purchased for more than Rs. 75,000. 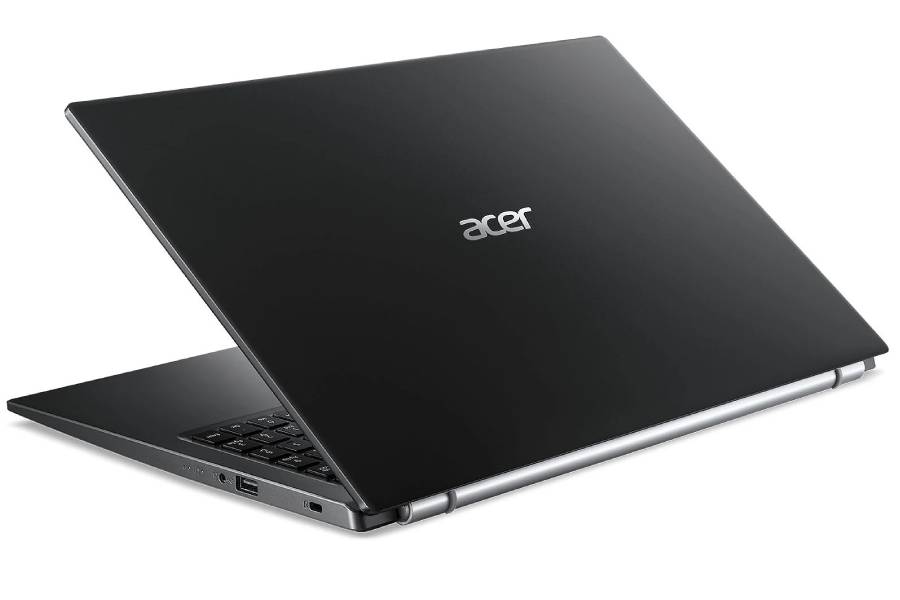 The Dell Inspiron 3501 is a 15.6-inch ultrabook powered by Intel’s 11th Generation Core i5-1135G7 processor with a turbo clock of up to 4.20 GHz. Intel’s integrated Iris Xe GPU powers the graphics processing. It costs roughly 80,000 rupees and comes with 4GB of RAM and 1TB of HDD storage. Again you can use bank discounts and coupons to lower the price. Dell Inspiron 15 is a mid-range laptop featuring a Tiger Lake Series processor. It has an 11th-generation Intel Core i5-1135G7 CPU, 8GB of DDR4 RAM, and 512GB of SSD storage. In addition, there is an Nvidia GeForce X350 graphics card inside for your light GPU demands. 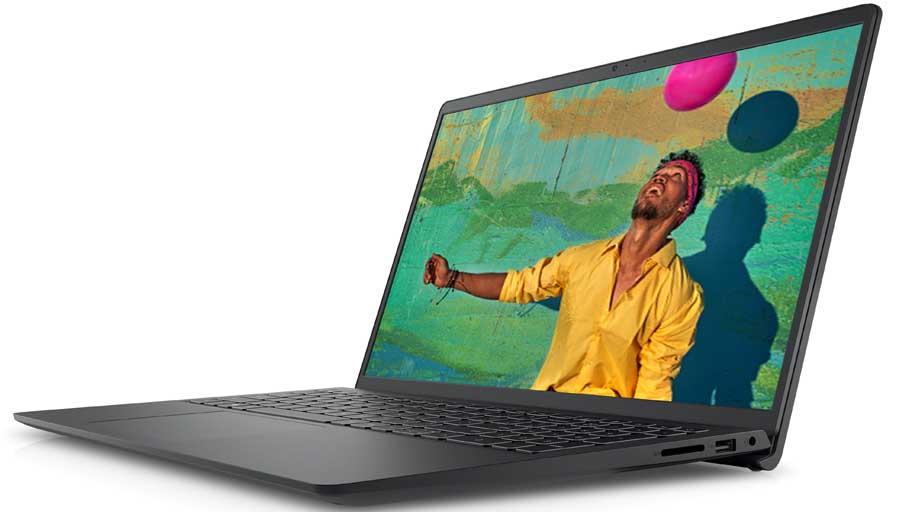 The VivoBook Flip, as the name indicates, features a 360-degree hinge and a touchscreen that allows pen input. The screen in this case is a 14.0-inch FHD IPS panel with a glossy finish. It has a Ryzen 5 5500U processor, 8GB of RAM, and 256GB of SSD storage. A 3-cell 42Wh Li-ion battery powers this 2-in-1 notebook. 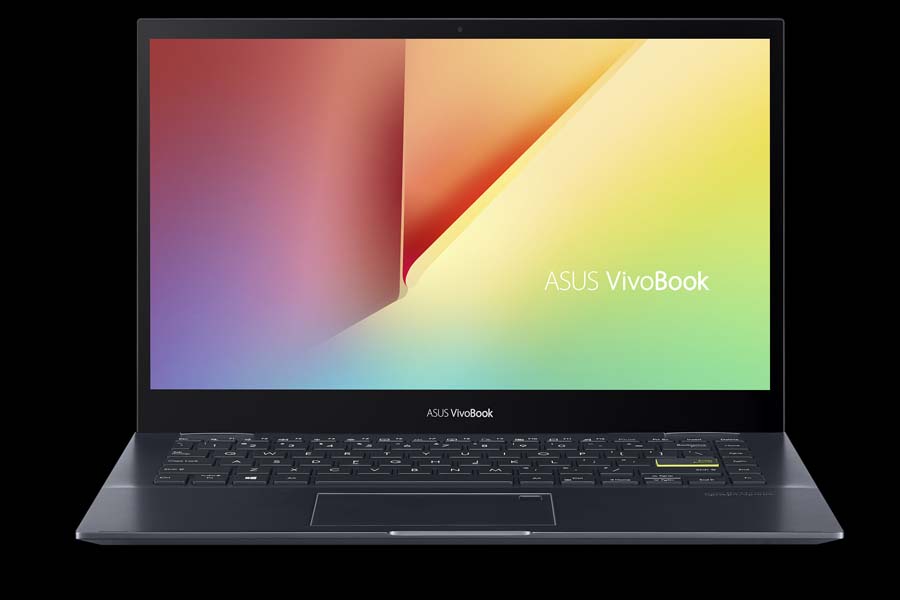 The HP Pavilion X360 is the 11th-gen Core i5 laptop with 8GB RAM and a 256GB SSD. Jere. you’re getting a 14″ IPS LCD screen with Full HD resolution. But besides this casual stuff, this is a 2-in-1 laptop, which means it can be used as a tablet or with a compatible stylus. The Nitro line of gaming laptops is quite popular in Nepal, especially among those searching for a budget gaming laptop. This Nitro 5 gaming laptop is fitted with a Tiger Lake H-series CPU with a turbo clock speed of 4.4GHz. A GTX 1650Ti GPU with 4GB GDDR6 VRAM is used for graphics. On the front, there’s a 15.6-inch screen with 144Hz refresh rate support, so you can enjoy smoothness when gaming. The Apple MacBook Air with an M1 processor is next on the list. It is currently available at a discounted price of Rs. 164,000, down from Rs. 168,000. Add to that the coupons and bank discounts it will be available at an even lower price. As part of this campaign, they are giving out coupons worth Rs. 7000 when you buy a product costing more than Rs. 1 lakh. If you’re looking to buy the MacBook Air, this is a great offer. 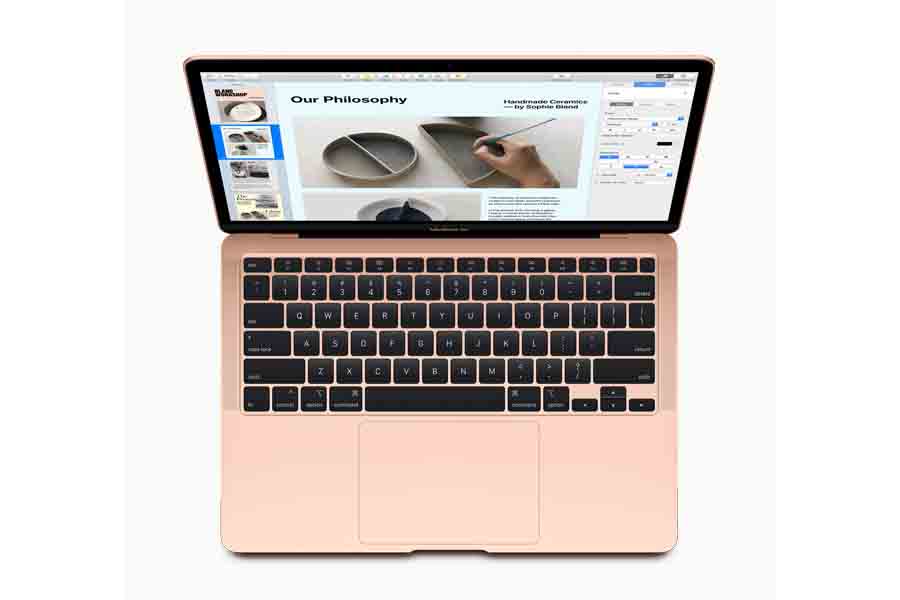 The MacBook Pro 14-inch joins this list. It combines premium aesthetics with a powerful Apple M1 Pro chipset. You also get an all-aluminum chassis and a 14.2-inch Liquid Retina XDR display with a peak brightness of 1600 nits. In addition, it supports a 120Hz ProMotion refresh rate which dynamically adjusts the refresh rate dependent on the content on the screen. Other notable features include WiFi 6 compatibility and Thunderbolt 4 port support. 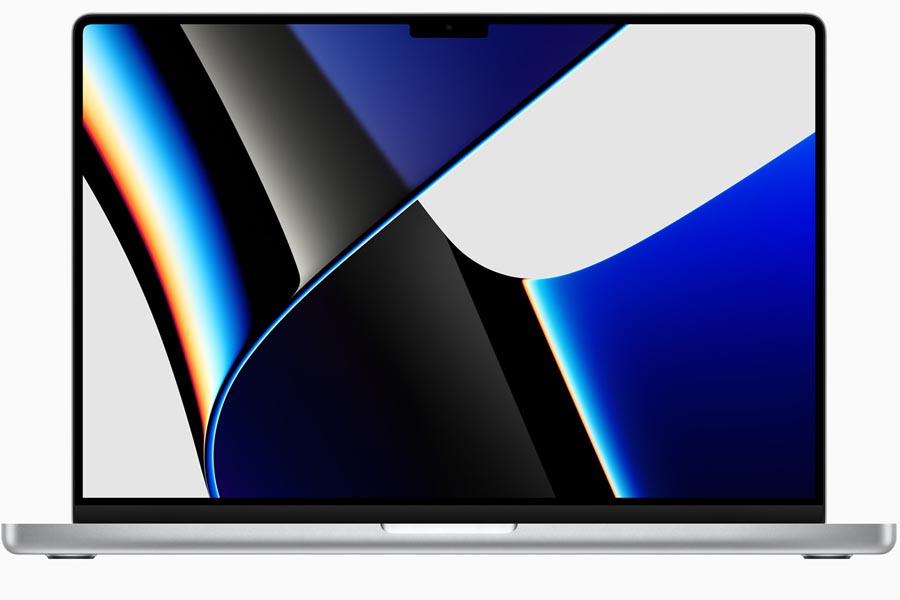 Moving on, if you’re looking for a capable gaming machine, the Asus Rog Strix Scar 15 can be a suitable choice. This beast is equipped with a Ryzen 9 5900HX processor and Nvidia RTX 3080 graphics, allowing it to give a solid gaming experience in demanding games. Furthermore, the 1TB SSD will meet all of your storage requirements for those GBs of game files. As is customary, Asus provides a two-year warranty period. 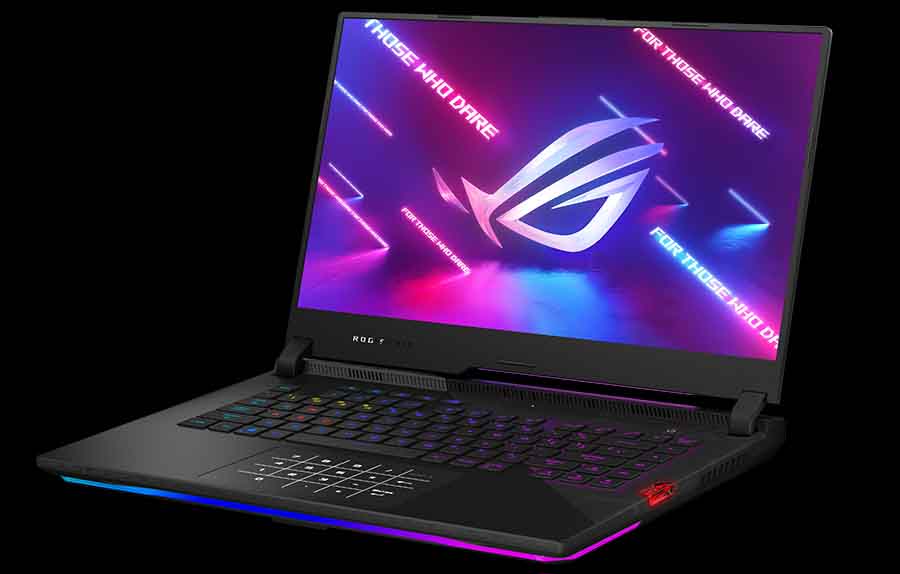