Home Apps Top 5 Android Apps for the month of November

Continuity to our top 5 Android  apps segment, today we’ll be looking at the top 5 Android apps for the month of November. All of the apps are free and downloadable from Play store. Also these apps are in randomized order so you decide which one you like the most.

There are plenty of music players out there. But Bump has taken a more simpler approach as a music player. It is just like Facebook messenger’s floating bubble which you can drag around and place it somewhere comfortable to reach. And if you want to close it just drag and drop the bubble.

There are no any extra features here, just that it is a music player and it plays music, that’s why the size of this app is just below 5MB. It has a pretty neat and simple UI with tabs like tracks, albums and artists. What’s even great is that it even has support for Spotify which let’s you play downloaded music from Spotify premium.

Flud is one of the most well designed and feature rich torrent client out there. There’s just no match for it. Features you had to pay on other torrent apps, well it’s free here. There are no in app purchases, except for upgrading to pro which will just remove the ads.

This app is that it offers power management options like shutting down app when download completes, download or upload torrent only while phone is charging, and putting battery limit upto only which torrent will be downloaded. Except these there are many other features there which you should try. If you are a torrent freak, this is probably the best app for you.

Tuffs is an pretty handy app that let’s you keep apps on your notification drawer. You can put some of your most used apps there and get quick access to it. You can also access it form the lock screen.  And it has couple of themes to suite the theme of your notification drawer. Not only that but you can pick custom colors to personalize it even more. But I highly recommend to turn off these background themes as they lower the quality of the icons. You can keep up to 8 apps.

Flynx is a minimal browser that takes the form of floating bubble. So if you come across any link you don’t have to leave that app to visit the link, you can simply open it in the same app window. It usually displays sites on lite version of the web which makes loading of content faster. also it allows you to view in desktop mode making this app no less than any other full fledge browser. You can also save the webpages for later which is a great handy feature.  It is just like the link bubble app but I find it more stable and faster to use. 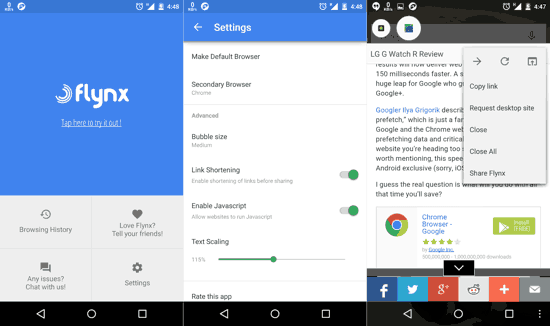 Stitch and share is a handy app that helps you to attach multiple screenshots. All you have to do is match the last message of first screenshot with the first message of second screenshot and so on. You can stitch as much screenshots as you want and make a single image out of it. 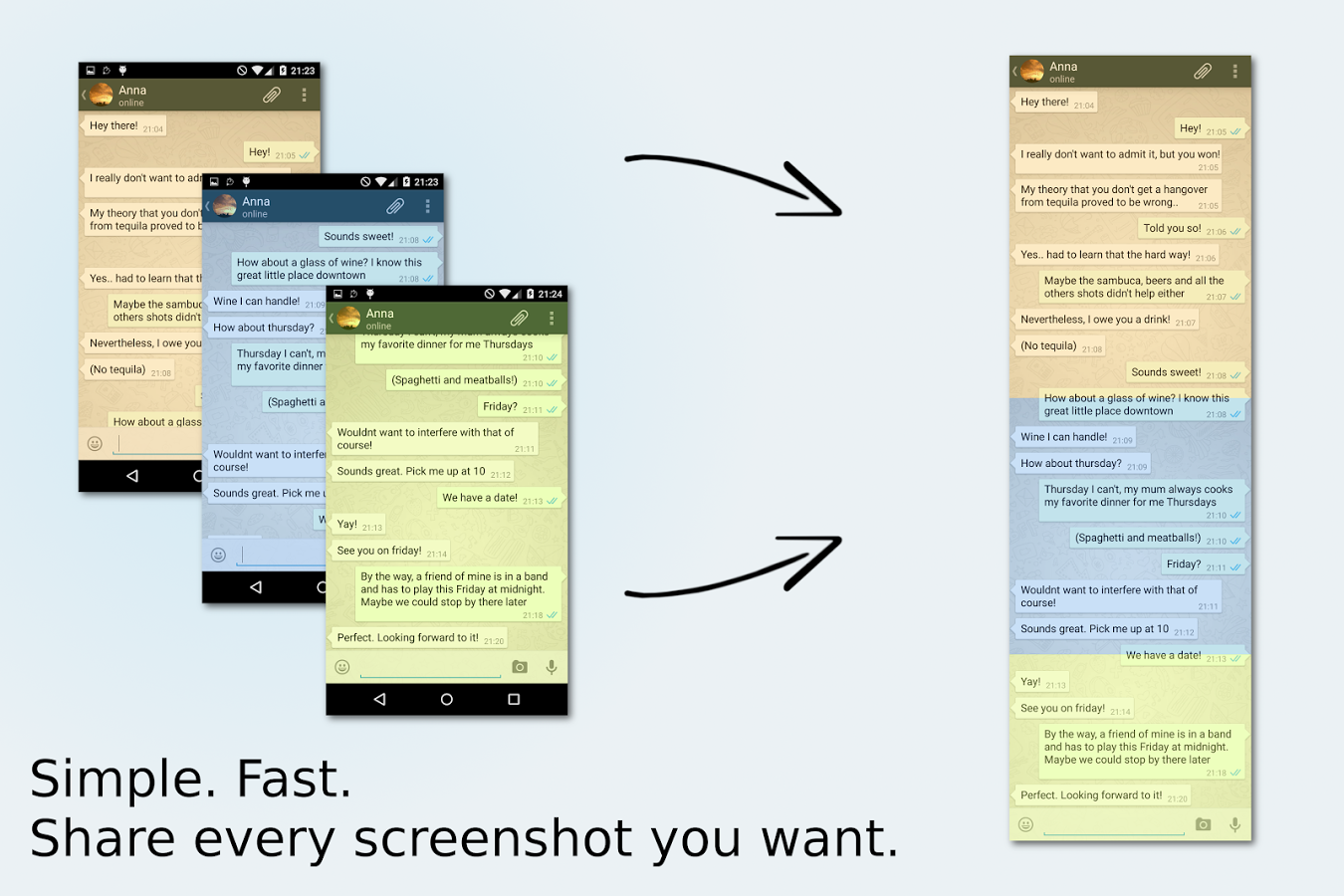 Your Best App might feautre Top 5 Android Apps for December.