Home NEWS Here’s why Uranium has been such a hot topic in Nepal for... 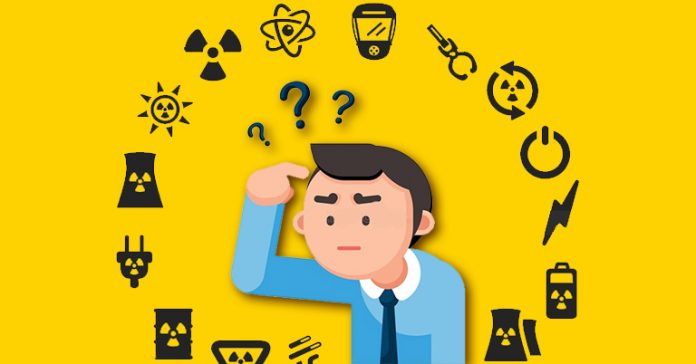 In case you were unaware, uranium was among the hottest topic for gossips and discussions in Nepal last week. The topic came into the spotlight when news broke out about Nepal Police capturing four people who were allegedly smuggling uranium. Media outlets were quick to point out how the 2.5 kg of uranium, if real, could cost millions in the market. But hardly any of them gave a clear idea of what it is and why its value is so high. That is what we are here for today. So without further delay let’s get into the topic.

Uranium is named after Uranus, the seventh planet in our solar system. Scientists believe that the metal came into existence around 6.6 billion years ago. However, it was discovered in 1789 when Martin Klaproth found it in a mineral called pitchblende.

Uranium is not that rare – at least when we talk about its occurrence in nature. In fact, it is more abundant in the Earth’s crust than metals like gold and silver. It is also inside the Earth where it is contributing to continental drift.

Uranium is highly associated with radioactivity. In fact, it is among the first metal where this phenomenon was discovered. Let’s talk about some chemistry. There are three isotopes of Uranium – Uranium-238, Uranium-235, and Uranium-234. These all have the same atomic number but different atomic masses. As a result, they show similar chemical properties but different physical characteristics.

Here, Uranium-234 has the shortest half-life of 245,000 years. However, it only occurs as a product of decaying Uranium-238 which has a half-life of 4.5 billion years. Because of this property, it is vital for estimating the life of fossils and rocks (geo-dating).

Hence, it (U-238) is far from the radioactive material that people are projecting to be. In fact, the alpha particles that it radiates can easily be blocked. However, things can get pretty serious if it manages to get into the body. Inside the human body, uranium is a toxic substance that can cause kidney disease and cancer of the bone, liver, and lung.

So far we only have scratched the surface of what this metal can do. As mentioned earlier, it is vital in Geochronology. Aircraft manufacturers use depleted uranium for counterbalance because of its high density. Some compounds of uranium have also been used in photography.

However, what makes it so special is that it can be used as nuclear fuel. It can be used as clean energy replacing the traditional sources of electricity. According to the Nuclear Energy Institute, one uranium fuel pellet can produce as much energy as a ton of coal, 149 gallons of oil, or 17,000 cubic feet of natural gas. On the other hand, it can and has been used as a military weapon. For context, the “Little Boy” that was dropped on Hiroshima contained only 64kg of uranium, of which, only 1.38% is assumed to have gone through fission.

Fission is among the two processes by which nuclear fuel transforms into energy, the other being Fusion. Fusion is when two smaller atoms combine to give rise to a larger atom plus. This is common in Sun and other stars where Hydrogen atoms combine to form Helium. Scientists are yet to harness the power of fusion reaction. Till the “sun in the box” becomes a reality, we will have to rely on fission for nuclear energy.

In nuclear fission, a heavy atomic nucleus splits into smaller fragments. The split releases an enormous amount of thermal energy. Usually, a neutron excites the fuel undergoing fission. Also, the reaction itself can give rise to additional neutrons that can maintain a chain of the fission reaction.

It has been well over 60 years that this process has been used to produce electricity. As of now, there are over 440 nuclear reactors across 30 different countries that contribute to around 390,000 megawatts of electricity. Similarly, there are over 50 reactors under construction and 100 more have been considered for the future.

These reactors produce energy through the splitting of the U-235 isotope. The isotope has 143 neutrons and when a free neutron hits it, it splits. The process also frees some neutrons which then excites other neighboring U-235 atoms. The thermal energy from this chain reaction boils water. The steam then turns turbines to generate electricity.

On the other hand, the U-238 that makes up the majority of the nuclear fuel is not fissible but fertile. That is, it cannot undergo fission itself but can convert into a fissible material. When U-238 captures a neutron, it becomes Plutonium-239 which can go undergo fission like the U-235.

When someone mentions nuclear fuel, it is actually the enriched Uranium that they are referring to. We cannot just take it from nature, which is actually 40 times more abundant than silver, and toss it into a reactor for energy. The fuel needs to have at least 3-5% of the U-235 isotope for fission. And it takes a lot of effort in processing uranium ores till they become reactor-grade fuel.

The process requires the identification of orebody. Uranium exists on seawater and certain types of rock. As of 2019, places like Kazakhstan, Canada, Australia, and Niger have been successfully mining Uranium.

Production from mines (tonnes U)

The carbon component washes away from the ore once it passes through the crushing, heating, and cleaning process. The resulting slurry then goes through a leaching process with sulphuric acid. Here, the uranium reacts with sulfur and oxygen to form the liquid of Uranium Oxide. Then, the liquid goes through filtration using ammonia to form a yellowish uranium oxide concentrate, otherwise known as ‘yellowcake’.

Still, only 0.7% of the concentrate is actually fissible. Thus, it needs to get to reactor-grade (up to 3-5%). For this, fluorine reacts with uranium to form gaseous Uranium Hexafluoride. Then, the centrifuge separates the U-235 from the U-238 isotope. In the centrifuge, the uranium spins at a rapid speed. This causes the heavier U-238 isotope to move to the edges while the lighter U-235 isotope stays closer to the centrifuge.

Calcium converts the Hexafluoride into Dioxide Powder. Pressing it at up to 1400-degree Cesisus forms ceramic pellets. The pellets then go into a rod. Several rods are combined in different configurations to form the assembly.

A topic of political tension

The process of making a nuclear weapon is a lot similar to that of producing reactor-level uranium. The former needs highly enriched uranium with up to 90% U-235. There have been attempts in the past and in the present to contain the technology of nuclear weapons among limited countries. Treaty on the Non-Proliferation of Nuclear Weapons (1967) restricts other countries other than the US, Russia, UK, France, and China from developing nuclear weapons. As of now, 191 different parties have signed the treaty. 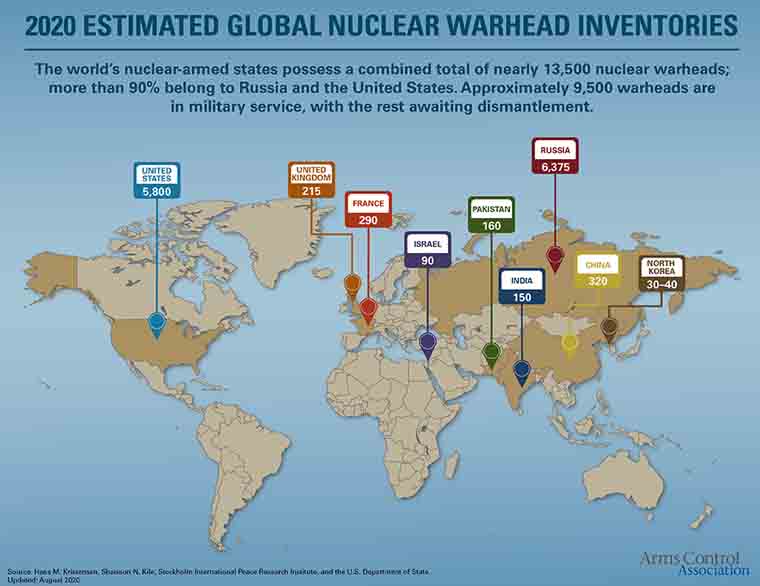 There are countries like India and Pakistan that have not signed the treaty and have a nuclear arsenal of their own. North Korea announced its departure from the treaty in 2003 and has gone on to test its own nuclear device.

And there is Iran – it neither confirms nor denies having nuclear weapons. It has defended itself stating that its nuclear program has always been peaceful. However, it failed to convince everyone and a result was subject to sanctions from US Security Council, the US, and the EU.

Last Thursday, Nepal Police arrested four people with 2.5kg of what it claims to be raw uranium. The arrestees were trying to sell the product in the market after finding out that it was a valuable metal. As per one of the arrestees, the supposed uranium was brought here by her father-in-law. Her father-in-law, who is now in the US, had brought the material from a mine in India where he worked some 20 years ago.

Since it was brought from the mine, it is far from the U-235 that is used in nuclear reactors and weaponry. The sample sent to the Nepal Academy of Science and Technology (NAST) for tests has been found to be unprocessed U-238. Gamma spectroscopy was conducted with sodium iodide as the detector. The radioactivity of the sample was found to be 67 becquerels per kilogram.

As we have discussed earlier, U-238 needs to go through different complex processes before it can be used as a nuclear fuel.

This case is the first of its kind in Nepal and the police are investing it under the Explosive Act-2018. At present, there is no laboratory that can enrich and make use of nuclear fuel in Nepal. Even if Nepal was to have a nuclear program in the future, it will need to prove to the rest of the signatories of the NPT that it is for a peaceful purpose.

Earlier in 2014, a team of researchers discovered uranium deposits in Upper Mustang. They believed that the deposit was spread across an area that is 10km in length and 3km in width. In addition to Upper Mustang, uranium has been discovered in 25 other places including the Chure region. However, only three of them are said to have a large concentration.