Over the last year, we saw a spike in the popularity of video calling apps because of the ongoing pandemic. Among these apps, Zoom is the name that stands out the most. It has been the most popular choice for businesses and educational institutions that are moving online. Companies like Google and Microsoft are promoting their products (Google Meet and Microsoft Teams) to compete against Zoom too. The two companies will now be joined by Facebook, as it is currently testing voice and video call services in desktop and web clients of WhatsApp.

For years, WhatsApp has been a popular platform for users to send and receive messages instantly. The company also offers video and voice calling features for its users. However, this feature is limited to the Android and iOS platforms. The mobile application also allows users to switch between the two. And now, the feature is finally making its way into the desktop world.

Back in October, WABetaInfo reported that version 2.2304.7 of the WhatsApp desktop client came with integrated support for voice and video calls. And the same source reports that WhatsApp is rolling out the feature to select users. The feature is still in its beta stage so only users who have signed for the beta program will be able to receive the update.

Those users who have received the feature have buttons for voice calls and video calls on the chat header. It is placed beside the search button.

When a user makes a call or receives one, it will open up a separate window. If you are at the receiving end, you get options to accept or decline the call. You can even ignore the call. 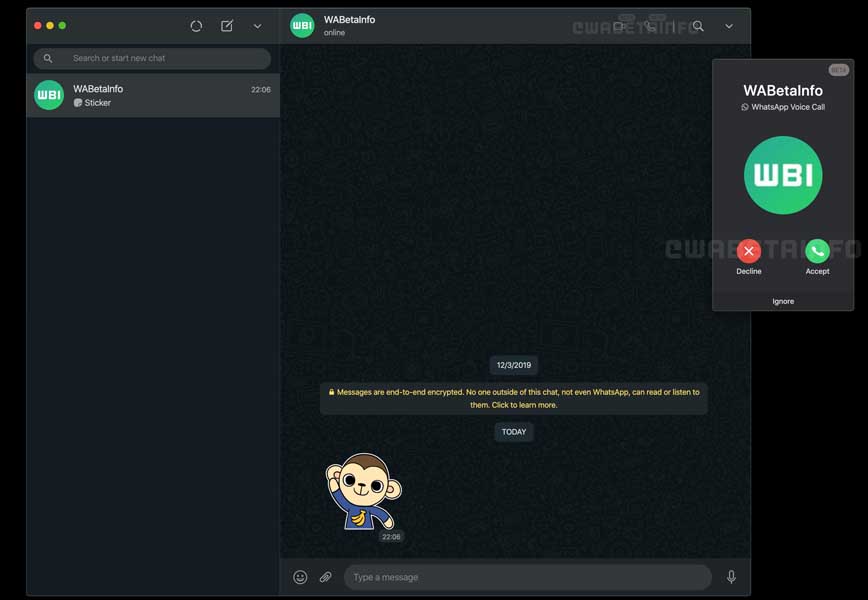 The size of the window is even smaller while making a call. It has options to switch to video, mute, and end call. 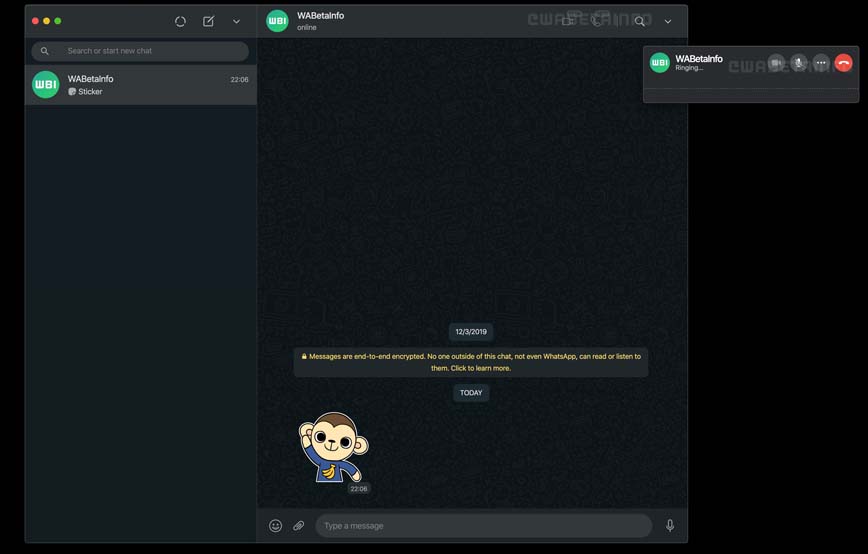 Back in October, WABetaInfo mentioned in its report that the new update had support for group calls (voice and video) as well. However, it is not available for users right now.

The support for WhatsApp call was included in version 2.2043.7 of the desktop client. The company is now rolling out the feature for select desktop beta users. WABetaInfo reports that more users will be getting the feature in the future.

So what do you think about the latest feature in WhatsApp desktop, web clients? Will it be able to compete against Zoom and other video calling desktop apps? Let us know in the comments section below.