So, there are more rumors surfacing about the Vivo V17 Pro. It has remained mysterious for quite sometimes now. But in the past couple of days, the rumors are just flooding in.

Firstly, there was a teaser video that found its way on the internet. And the video lifted some of the mystery surrounding the device. We got to see the rear of the phone, its quad-camera array, and the motorized selfie cam.

Then came a couple of leaked camera samples of the V17 Pro. However, the images that we found floating on twitter were cropped out and compressed. So, no clear judgment regarding them can be given. Furthermore, the images are outed for promotional purpose. So, obviously they seem great even though they are small crops.

However, now we have got the insight about the specs of the Vivo V17 Pro. The device has a big 6.44-inch Super AMOLED screen. So, it is not surprising that it has an in-display fingerprint sensor. Moreover, the device has a 21:9 aspect ratio with a resolution of 1080 x 2440 pixels. 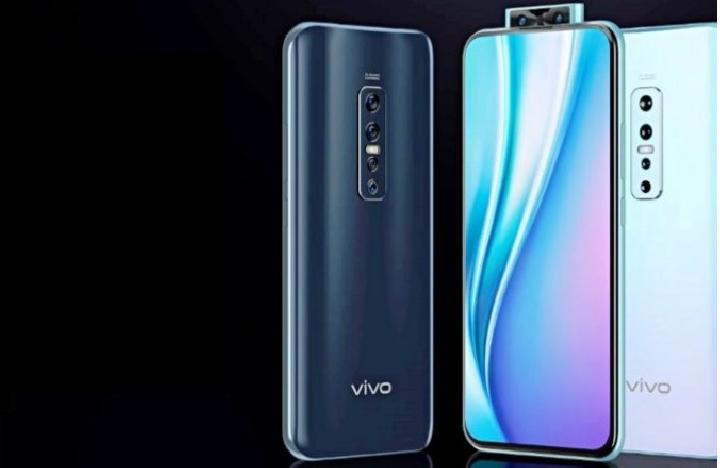 There’s no notch on the screen and as mentioned above there is a motorized selfie cam. The selfie shooter has a dual-camera setup. The main is a 32 MP lens with wide-angle optics whereas the other one is a 2 MP depth sensor.

The back as revealed by the promo has a quad-camera setup. And as with the trend, its primary lens is the popular 48 MP sensor. Coupled with it is an ultra-wide shooter. The other two are both of 2 MP. One of them is probably a depth sensor. However, the purpose of the other lens is not yet known. Maybe it is a dedicated microlens. Who knows, right?

Talking about the processor, Vivo V17 Pro uses the Snapdragon 675 SoC. The chipset features 8 Kryo 460 cores. Furthermore, it also integrates the lower mid-range Adreno 612 GPU. The device will have 8GB of RAM and 128GB memory onboard. And the battery on it will probably be of 4100mAh.

Even though, the leaks have come from reliable sources, at the end of the day they are what they are. Just a bunch of leaks! So, take them with a pinch of salt and wait for an official announcement.  Maybe we will get some concrete information real soon.