We all know Vivo’s V-series of smartphones cater to the premium mid-range segment with a special focus on design and cameras. The Vivo V20 that we reviewed a while back was indeed an incredible smartphone. Vivo then followed it up with the V20 Pro that bears slightly better specs. But ultimately, the two were quite similar so I skipped getting into the V20 Pro. Yet, here is our full review of the Vivo V20 SE, after using it for about 2 months.

Starting with the design, as expected, Vivo phones seldom fail to impress us with the way they look and feel on the hand. And why would this one be an exception?

It looks good, feels premium, and most importantly is well-built. Having said that, given a choice, I would go for V20’s design any day over this because the V20 simply looks stunning. Yet, the V20 SE is no slouch either!

This matte finish does not attract smudges at all which has been a great relief. And because of its lightweight build, using it even for long hours isn’t uncomfortable either. Its ergonomic design does come at a cost of a relatively smaller battery capacity, but I’ll get into that in just a few minutes.

Moving on to the front, you get a familiar 6.44-inches AMOLED screen like on the V20 and V20 Pro which I am quite happy about.

And just like the other two phones, Vivo V20 SE’s screen refreshes at 60hz as well. This could come as a disappointment to many, but I for one don’t mind the tradeoff because this AMOLED screen is really good. It delivers deeper blacks, vibrant colors, and the brightness is sufficient too. Because of its AMOLED heritage, you also get an in-display fingerprint sensor. As one would expect, this one too is fast and gets an accurate reading in an instant—except when your hands are wet or greasy.

At the top of the display, there’s a U-shaped notch housing the 32MP selfie camera. The only complaint I have with this screen is that the phone has slightly pronounced bezels, especially at the bottom. Barring that, V20 SE’s display is one of the best things about this phone.

However, I wish I could say the same about its Snapdragon 665-powered performance because it is the one aspect that makes me wish for more regarding this phone, especially considering its price. With my casual usage, I feel like this phone has evolved to become slower with every passing day. For instance, it takes almost 3 seconds to launch an app from the notifications, while heavy multitasking also leads the phone to be quite sluggish. Similarly, app opening is also not a swift affair on the V20 SE.

Maybe that’s because of my usage pattern because I have a lot of apps installed and I am kind of a heavy user. So, my experience with the phone has been a little unsettling.

Even gaming for that matter is not a joyful ride. Games like PUBG Mobile is exhausted with stutters in Medium frame rates and Balanced graphics. Therefore, I always had to lower the graphics to get a comparatively smoother gameplay. Yes, Vivo has its built-in game boost options, but even that fails to improve the gaming performance by a noticeable margin.

All in all, I have to admit, I am not happy with the phone’s performance, especially when you factor in how much the company is asking for the phone. Although Vivo has listened to the feedbacks of its customers and revamped the look, feel, and optimized its UI, when it boils down to the core performance, the V20 SE is still not up to the mark. 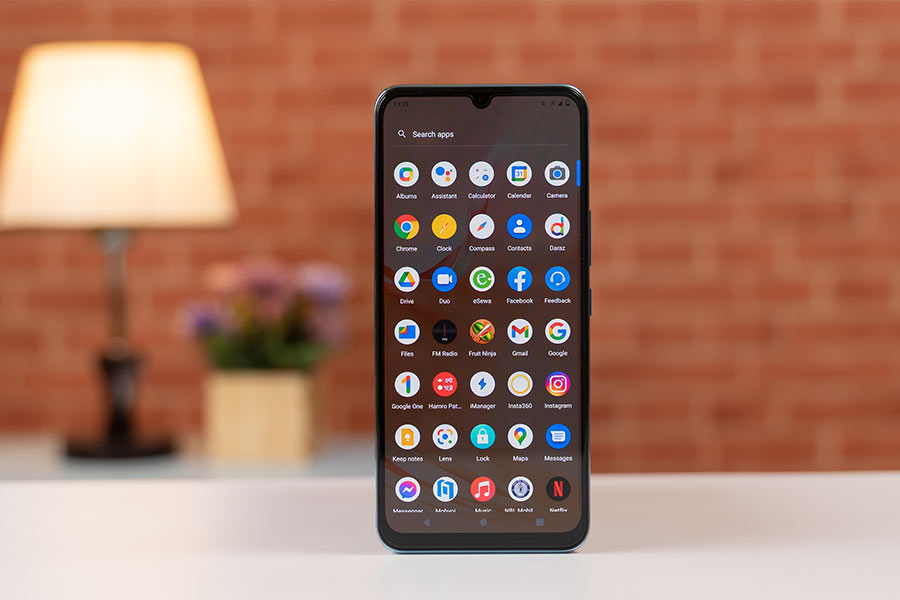 The UI, as mentioned earlier is much refined now. I like the fact that Vivo has chosen to use Google’s version of system apps like phone, messages, notes, etc. And unlike previous generation Vivo’s Android skin, you don’t get a lot of bloatware or ads popping up here too—something we suffer daily from Xiaomi or Realme’s budget and mid-range phones.

Okay, if not for the performance, I had high hopes from Vivo V20 SE’s cameras.

In the process of making this review, I compared the cameras on the Vivo V20 SE with the ones on the standard V20. Both phones have a triple camera setup at the back. You get a 48MP primary sensor as opposed to the 64MP lens on the V20 or the V20 Pro. Still, I was hoping that it wouldn’t make a difference in the core picture quality.

However, comparing photos side by side, you can see the image quality of the V20 to be much better.

Similarly, wide-angle images also look much better from the V20 in terms of colors and dynamic range while the inferiority of V20 SE is evident at first sight.

Also, for some strange reason, the primary images look darker than the wide-angle images from the V20 SE.

About the portrait shots, the V20 does a slightly better job here as well, but the SE is not that bad either.

The color scheme on the subject looks a tad bit better on the V20, but the background and blur level are almost identical on both phones. So no major complaints here.

Even selfies from the 32MP shooter look good from the V20 SE, but then again, the V20 with its better sharpness and color tone steals the show.

The 4k videos look miserably shaky as Vivo provides no form of stabilization here. 1080p videos are better stabilized, but the colors and detail levels are strictly average. Likewise, you can shoot videos from the selfie camera at 1080p 30 fps only. The subject looks good in videos although it struggles to maintain good colors and exposure in the background. And sadly, you don’t get the eye-autofocus here like its elder sibling!

Like always, I am once again going to complain about the UI of Vivo’s native camera app.

It makes you do a lot of hard work, unnecessarily. For instance, turning off beauty mode is a very extensive process. Don’t even get me started on clicking portrait images! Apparently, going to the portrait option is not enough if one wants to click said photos. Rather, one has to click on the bokeh option too!

I don’t know why the company decided to add to the complexity, but I do hope Vivo brings refinement in its camera UI as they did with its software.

Getting to the battery-life now, as I mentioned earlier, it has a relatively smaller 4100 mAh battery. I say “relatively smaller” because although it is a sizeable unit, these days we are used to seeing 5000 or 6000 or even 7000mAh batteries at this price range. Talking of endurance, well, surprisingly, it does not disappoint. Vivo is comparatively aggressive with its battery optimization, so even with the 4100mAh cell, you can expect its battery to last a full day, which of course is possible only with normal to medium usage! On days I used this phone aggressively, I had to charge it in the evenings. On the other hand, filling up the battery on the V20 SE is incredibly fast. With its 33-watt fast charging support, the phone goes from 0 to 100% in just 57 minutes.

Moving on, the speakers here are only moderately loud. Although this single firing speaker does not get distorted in loud volumes, its quality is nothing to write home about. And throughout my usage, I haven’t had any complaints from anyone regarding the call quality, so that’s great.

Okay, like always, I am going to be totally honest with you guys. With the V20, Vivo’s effort to make its V-series actually worth it was beyond belief. But, disappointingly, the V20 SE is once again, a step backward, especially looking at the performance aspect of this phone. Snapdragon 665 now no longer belongs to a phone that costs as much as the V20 SE and Vivo should’ve known better.

Besides that, the company should have most definitely optimized the cameras for better results too. Yet, its cameras are only capable of delivering an average performance. So, as much as I like its design and display, I simply cannot recommend the V20 SE for its asking price. Rather, I would advise you to add a little more and get the V20 instead or go for other smartphones at a similar price, such as the Realme 7 Pro or the Samsung Galaxy M51.