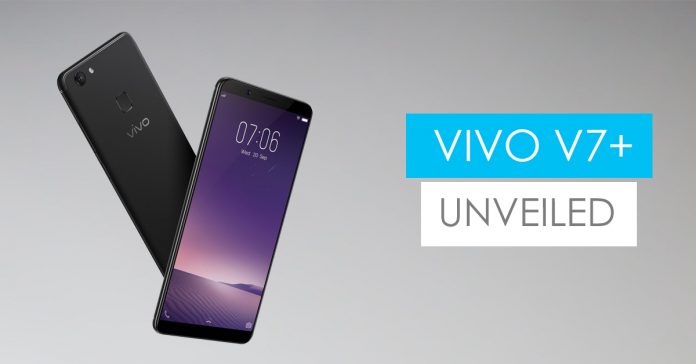 Amid the talks of Vivo launching here in Nepal, the Chinese company announced a new smartphone that comes with a whopping 24-megapixel selfie camera as its USP. But that’s not all Vivo is offering with the all new V7+. The device has a near bezel-less FullView display with 18:9 aspect ratio and comes equipped with ultra HD mode technology on the inside.

Firstly, let’s talk about what Vivo is known mostly for – cameras. The Vivo V7+ is engraved with a 16-megapixel rear-facing camera with f/2.0 aperture. It is accompanied by an LED flash and features Ultra HD mode. This mode can take four images and stitch them together to form a 64-megapixel picture. At the front is a 24-megapixel secondary camera with LED flash which Vivo calls Moonlight Glow. The front-facing shooter also has Face Beauty 7.0 feature and packs in a Portrait Mode to blur an object’s background. 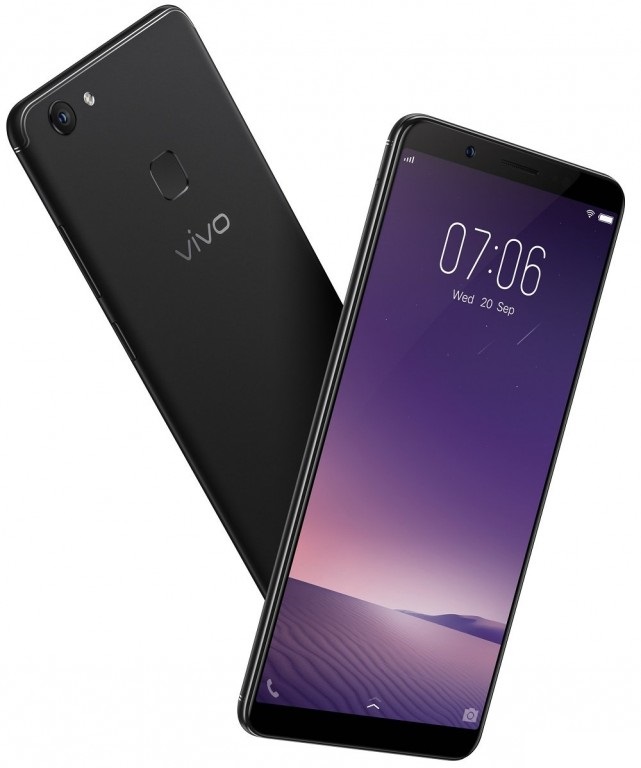 The Vivo V7+ sports a 5.99-inch FullView display with a resolution of 720 x 1440 pixels. This resolution could be a let off to interested consumers considering its price tag of 21,990 INR (roughly Rs. 35,184). The device is equipped with dual SIM slot and a different microSD card slot which helps in expanding the 64 GB of internal memory on the smartphone.

For performance, the Vivo V7+ packs an Octa-core Qualcomm Snapdragon 450 processor which, again, could have been better. This processor is coupled with 4 GB of RAM and Adreno 506 GPU. It runs on Android 7.1 Nougat right out of the box with Funtouch OS 3.2 on top as a skin.

The Vivo V7+ comes installed with a fingerprint scanner on the back. Talking about its battery, the device is backed by a non-removable 3,225 mAh Li-ion battery. The Vivo V7+ is currently an Amazon India exclusive with its first sale on September 15.

Here’s everything you need to know about the Vivo V7+: