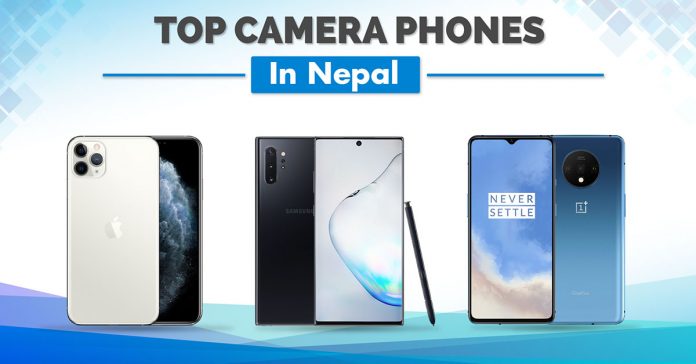 Photos are a huge part of our life these days. Everything we do, we don’t forget to take a snap of it. A single click lets you capture the moment for a lifetime. Just by turning a photo album, you can relive a moment that puts a smile on your face and in some cases, tears. However, with the advancement of time, you don’t have to waste a day roaming in search of a reel for your camera. You can simply take a snap through your smartphone and see the photos whenever convenient. Also, while traveling and trekking, carrying a separate camera adds a burden to your luggage. Therefore, carrying a smartphone could possibly be the best alternative.

Nowadays, every smartphone is equipped with a decent camera. With the popularity of social networks, people are eager to share their lifestyles through visual means. As the craze for photos is peaking, manufacturers are obliged to include better cameras (both primary and secondary) to prevent themselves from the downfall in the race of being the best in the multitude of smartphones.

With the myriad of phones in the market with lots of flagship kinds, camera/photography comparison is far from easy. And in photography, a megapixel is just a number. It does not give complete information about the photos it will capture. So after the tough job of comparison, we came through a list of best camera smartphones, which will let you capture a moment and relive it whenever it is fading from your mind palace.

Can there really be a list of best camera smartphones without the mention of an iPhone or iPhones in this case? Despite the initial flakes it received for its design, the power, and quality that these devices pack cannot be questioned.

It has a powerful processor, best camera system, improved battery life and many other notable improvements over its past iterations. The iPhone 11 series includes three phones namely – iPhone 11, iPhone 11 Pro and iPhone 11 Pro Max.

Quickly going through the details, iPhone 11 has a dual-camera setup whereas both 11 Pro and 11 Pro Max include a triple camera setup on the back.

The camera setup includes a 12MP wide-angle lens with f/1.8 aperture with OIS and True Tone flash. It is capable of recording 4K videos at 60fps and slo-mo of 1080p at 240fps. The other lens is a 12MP 120-degree ultra-wide lens with f/2.4 aperture. It has features such as 2x optical zoom out and digital zoom up to 5x.

iPhone 11 Pro and 11 Pro Max have the same two lenses along with an added 12MP telephoto lens of f/2.0 aperture. It is capable of 2x optical zoom in and digital zoom of up to 10x.

There are indeed a couple of reasons why the iPhone 11 series takes the top spot this year. Firstly, the added telephoto and wide-angle lenses in the case of 11 Pro and 11 Max or just a wide-angle in the regular iPhone 11 are capable of adjusting and capturing what your frames miss out.

Then there’s the Deep Fusion for optimized texture and details in your photos. Moreover, the night mode on them is amazing. Furthermore, the 12MP lens with f/2.2 aperture on the front is also great for taking selfies. One has the option to take wider selfies for group shots.

The DxOMark camera rating of the Note 10+’s camera is 117 and it gets 126 points in its photo score. One can buy Note 10+ in either an LTE version or a 5G version. But don’t worry, camera performances on both of them are equally good. However, you will find a few differences here and there in the photos from the devices.

One does not have to worry about the lighting conditions while taking photographs from this device due to its consistency. Furthermore, it provides dynamic range and excellent colors in almost all instances.

The Samsung Galaxy Note 10+ is capable of taking great portraits with the perfect blur effects. Moreover, its wide-angle camera is considered to be best out there in terms of taking outdoor shots. Overall, it’s the cameras are truly some of the best in the market, and it comes second only because you know, an iPhone is an iPhone!


Huawei has its issue with Google and thus is well and truly preparing for a Google-less era. However, keeping all the issues aside, Huawei has done a brilliant job in terms of providing a beast in terms of camera performance with the P30 Pro.

Huawei P30 Pro has a quad-camera setup on the back. The primary lens a 40 MP Super Spectrum lens. It is further complemented by a 20MP ultra-wide lens, an 8MP Periscope Telephoto lens and lastly a 3D ToF sensor. As for the front camera, it has a 32 MP selfie shooter.

One of the main reasons why the camera on the P30 Pro is great is since the main lens has an RYYB filter. As a result, it can gather ample light resulting in great low-light images. You get sharp pictures with enough details in them. And obviously, there’s the AI optimization in photos.

Another “big gun”, in its arsenal is the Periscope lens. It can offer 5x optical zoom, 10x hybrid zoom and up to 50x digital zoom. It has OIS and therefore you get stable images. The ultra-wide lens is also quite decent and it comes with a super macro mode too.

The front camera also does justice to the device. When we tested the camera, it gave images with a cooler tone and the images had sufficient details in them. Moreover, portrait selfies are great too.


This is the second entry from a Samsung device in this list, more to come? Well, read on to find out. Anyway, the Samsung Galaxy S10+ takes the fourth spot according to us. The camera specs include a 12MP primary lens with OIS, a 12MP telephoto lens that offers 2x optical zoom and a 16MP ultra-wide lens. And upfront, it has a dual-camera setup with 10MP and an 8MP lens.

The device falls behind Huawei’s P30 Pro primarily because it lacks the camera hardware innovation that Huawei possesses. However, it does get all the basics right. It can capture excellent images and the Auto mode on this one is near perfect.

One of the strongest features of the S10+ is that it does a very good job in terms of implementing HDR. It boosts the color vibrancy of the captured images and also does a great job of retaining shadow details. And the best thing is that despite AI optimization, your photos will still look natural.


Yup, back to back spots for Samsung devices. And the last one I swear!

This setup of the triple camera allows you to capture some great photos. Your images won’t get overexposed and it takes decent enough pictures in low light conditions too. And that is despite not having a dedicated night mode in it.

Moreover, the 32MP selfie shooter upfront does a great job of producing detailed images. However, be wary of the fact that the images can seem a bit patchy once you zoom in. Other than that the setup is quite great.

The last spot in our ranking for the best camera smartphone goes to the OnePlus 7T.

Daylight images shot with its camera are really great. They can capture almost all the dynamic range and has a good color reproduction too. The details in the images are great too. However, the closer inspection might leave you a bit unimpressed. Still, it’s great than most out there.

The telephoto lens also produces great images. In fact, photos taken from it are comparable with that taken from the 48MP primary lens. Another impressive thing about its camera setup is that it has a dedicated night mode.

Its nightscape feature allows you to capture good low-light images. You’ll find that the exposer is good in the photos and it has a great dynamic range too.

Last but not the least, I’d like to include the Huawei Mate 30 Pro as a special mention in this list. The main reason for its exclusion from our main list is that it does not have Google Mobile Services (GMS), therefore invalidating itself as a recommendable phone despite the top-notch hardware. However, take that fact aside for a while, the Mate 30 Pro is a terrific camera smartphone.

On the backside, it has a quad-camera setup. It includes a 40MP RYYB Cine Camera primary lens, a similar 40MP ultra-wide lens, an 8MP RGB telephoto camera, and a 3D ToF sensor. Upfront it has a 32MP selfie shooter with 3D depth sensing.

DxOMark ratings reveal that it has a photo score of 132. Moreover, its overall score of 121 actually beats the like of Samsung Galaxy Note 10+. Lack of GMS really messed it up for the Mate 30 Pro. 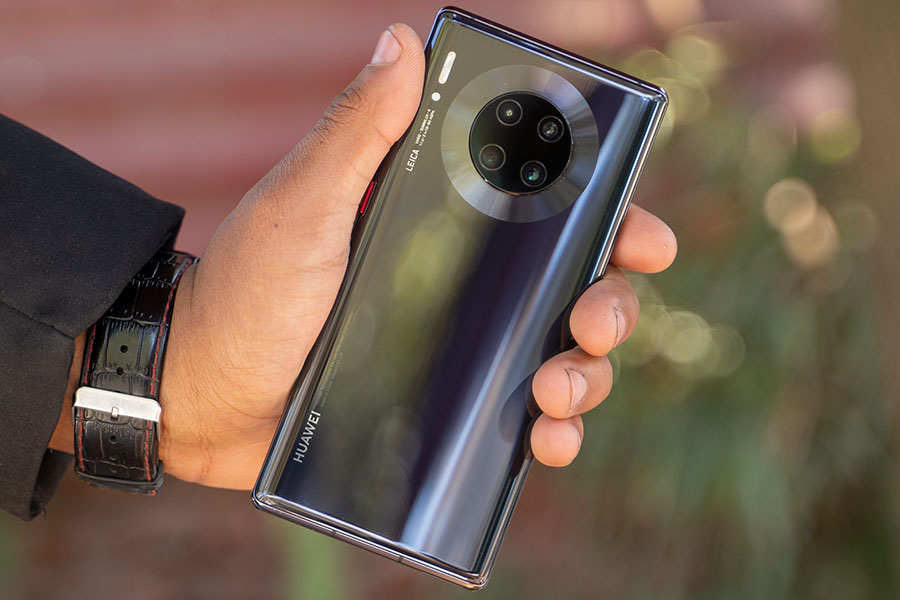 Images captured from the Mate 30 Pro are well espoused even in low-light conditions. You get a more saturated color and the white balance is great too. In terms of low-light images too, this device comes out as one of the best out there.

If you are only concerned about taking good photos and don’t really care about the lack of GMS, then Mate 30 Pro is certainly a good option.

Poco is now working on a TWS Earbuds of its own