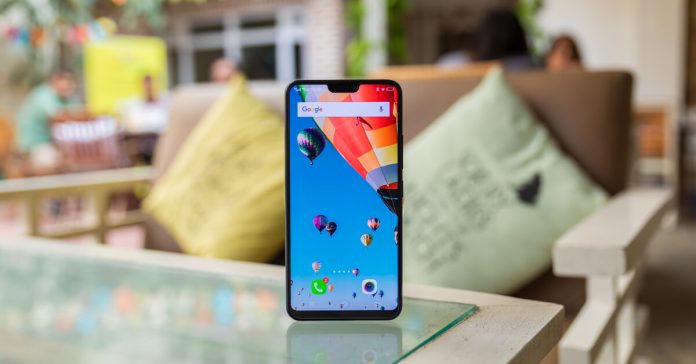 In 2016, Google reported 24 Billion selfies uploaded in its photo application. In the same year, some people were reported taking as many as 20, 50 or even 100 selfies in a week. It’s no surprise that in 2018, the hype has only increased. After knowing this, I have come to the realization that selfies are a bigger deal than anyone has ever imagined! And information as such has been very cleverly used by smartphone companies to create camera-centric smartphones.

One of such smartphones is the recently launched Vivo V9. Cameras are of course the selling point of Vivo smartphones but apart from that what else does this phone offer? That question will be answered in this review!

First up, let me talk about something that I have liked very much about this device. Yes, it’s the selfie camera. The Vivo V9 sports a massive 24-megapixel selfie camera equipped with AI capabilities. It comes with features like portrait mode, gender and face detection along with AR stickers. I took a lot of selfies from this device and I must say I had very few areas to complain. In the normal mode, the pictures come out sharp and vibrant. The selfies clicked with the V9 come out very accurate and especially outdoors, you will love what you see. The autofocus works quite well. I didn’t find the portrait mode in the selfie camera very useful, but still works good enough.

What I would like to acknowledge is that the beauty mode is not bad in functioning. Unlike most camera smartphones, this does not create fake looking images. The beauty mode works to make your skin look smooth. You can increase or decrease the level of beautification but I would recommend you use the AI option for best results. Also, the AI distinguishes the face in accordance with gender, which I think is good news for boys!

While we are still talking about beautification, like the Oppo F5, the V9 also makes moles disappear magically from the second beauty level!  Oppo and Vivo both seem to have a huge problem with moles.

The AR sticker feature works like Snapchat, but since Snapchat is not my kind of thing, I didn’t find it very fascinating. But for those who do, you can use a lot of stickers on your selfies. You may quite like it. The Vivo V9 has a 16+5 MP dual camera at the rear portion. As I tested the rear camera, I would certainly say that it performs really well. The best part is the fact that the camera is very color accurate. I mean, it has the right amount of punch, vibrancy, contrast, and saturation to them. The images are not over or underexposed and have the right amount of detailing to them.

All of the above-mentioned things is, well, for the fairly lit environment. The low light performance is, however, not as good as the daylight performance. It’s not bad, but it’s not good either as the images are not very sharp in low light.

Talking about the cameras, we cannot miss the Portrait mode, can we? I clicked pictures in the portrait mode and the fact that we can adjust the blur before and after taking pictures was good to know.  The portrait images do appear bright and sharp. What I found to be a tiny problem was that when focusing on a person, the camera only seems to blur out the upper portion while the lower portion was as it is. It’s sad that such good camera suffers slightly inaccurate depth sensing.However, this did not seem to be a problem while the subjects were placed close to the camera. Only at objects far away, the concern arose. Also, you can notice in the pictures that the cameras have poor edge detection. You have an option to record videos at 4k, 1080p and 720p. The videos at all three resolutions have good stabilization. Also, something that set me off was that autofocus in the video mode did not work very well. Similarly, the slow-motion videos suffer bad quality.

Overall, if I had to judge the cameras, I would say that am very impressed with the kind of images it produces.

The Vivo V9 sports a tall 6.23-inch 1080P display with 19:9 aspect ratio. It is a treat watching videos on the huge display. The content appears sharp, crisp and clear, but the pinkish tint is evident when compared side by side with other smartphones. Also, the good news is that it comes with Corning Gorilla Glass 3 protection. The contents are fairly visible under sunlight, so I would say that you will certainly love the kind of display you get on this device.

Talking about the design, when I first carried the Vivo V9 out with me, people asked me if this was the iPhone X.  Sadly, I could not hide it for too long that it was not! But seriously, this phone has a good resemblance to the iPhone X which begs a question, how can anything be so “inspired” that it looks alike? But other things kept aside, the iPhone X inspired design looks good on the device.Commendable is the fact that the notch is actually shorter than the iPhone X incorporating only the selfie camera and the speaker. What’s impressive is that Vivo has managed to keep the screen to body ratio at 90% implying that only 10% is what we call ‘bezels’. Unlike most of the smartphones in the market, this one has a glossy finish which looks good. But what comes with good looks is a smudge-prone device as this one is a complete fingerprint magnet. But I used the cover that came along, so it did not bother me much. Other than that, the device is unbelievably lightweight, which is, of course, the result of its plastic build. Now here is what I have a slight complaint about. Only if that amazing display would have come wrapped around a metallic build, it would have done so much justice to the price and to the display itself. Another thing is that the buttons are all located on the right side, so it does not create a confusion but I felt that the buttons are not tactile enough.

The Vivo V9 houses the Snapdragon 626 SoC along with 4GB of DDR3 RAM. Even though this is a very good combination, but for the price, I expected more.  The phone shows good enough results during normal usage. I mean for surfing the internet, for social networking and other routine tasks, you can entrust yourself with the Vivo V9.

Initially, the device failed to perform accordingly while multitasking and switching between apps!  The performance, in my experience, had been slightly unpredictable at first as some apps crashed now and then. However, with a recent software update, those bugs were fixed and the device performed considerably well. Multitasking and switching through apps were lag free and smooth later with the update.

Moving on, the device features the Adreno 506 GPU which seems to produce satisfactory results while gaming.  I have played low to high-end games and all of them seem to work fine in the V9. Although, while playing Beat Racer I felt minor lags twice, that didn’t happen anytime again, so, I guess that’s negligible! Other games like The Modern Combat 5, Dead trigger 2 ran well in medium settings. I went on playing games for a considerable long time and while doing so, the temperature never rose to more than 38 degrees. However, for the price, the performance could have been so much better with a better choice of processor, maybe the Snapdragon 636.

Vivo V9 Vs the Competition
Infogram

Moving on, The Vivo V9 comes with Android Oreo 8.0 out of the box coupled with Funtouch OS. The UI will certainly give you an IOS feel as you have to swipe upwards to get access to the notification icons, change the brightness, etc.  Initially, it took me some time to get used to this but eventually I did get accustomed. The app and system notifications still appear at the top. Talking about the interface again, I loved the animation options this phone provides. It is quite fun and refreshing to see and use them. Apart from that, there are a lot of pre-loaded pointless apps that come along which cannot be deleted. They just sit there watching and eating up your space which is very annoying.

The fingerprint sensor is one of the snappiest and same goes with the facial unlock. It takes around a second to unlock the device with face recognition, which is quite impressive. Under low light conditions, it may take more than one second to recognize you though! The speaker is at the bottom and does a very good job indeed. The call quality and network connection are good too.

Talking about the call quality, I would say that it is good. Similarly, the device supports WiFi dual-band a/b/g/n/ac, so wifi connectivity, I must acknowledge is decent too!

The battery is another aspect I have a complaint about. I understand that this is a camera-centric smartphone, but the inclusion of a larger battery would not have hurt considering it has to support such huge screen. For normal usage that is for calling and a good amount of social media, the device runs for a day. It gave me a screen on time of around 4 hours. Heavy usage like watching videos, gaming, etc. drains the device of its life very easily. Again, it’s 2018 but the device still does not have USB type C. Well, I am not going to talk about fast charging support, as it has none.

Midrange phones have become more competitive than ever. Although the Vivo V9 has a great selfie camera, a reliable dual camera on the back and a big gorgeous display, it’s in the performance, the battery life and build quality where competitors have easily outperformed the V9 by a good margin.

There are more cons than pros in this device for me to recommend this phone to you. So, maybe Vivo should consider decreasing the price to Rs. 33-34,000.

Right now, I would rather wait for the new A or J-series from Samsung, Xiaomi Redmi Note 5 Pro and Huawei P20 Lite which are all set to launch in Nepal in a similar price range.