The Vivo Y71 comes with a 6-inches screen with near bezel-less display thanks to the 18:9 aspect ratio. This smartphone has HD resolution and an IPS LCD screen which, for a low-end phone is not at all a bad deal. 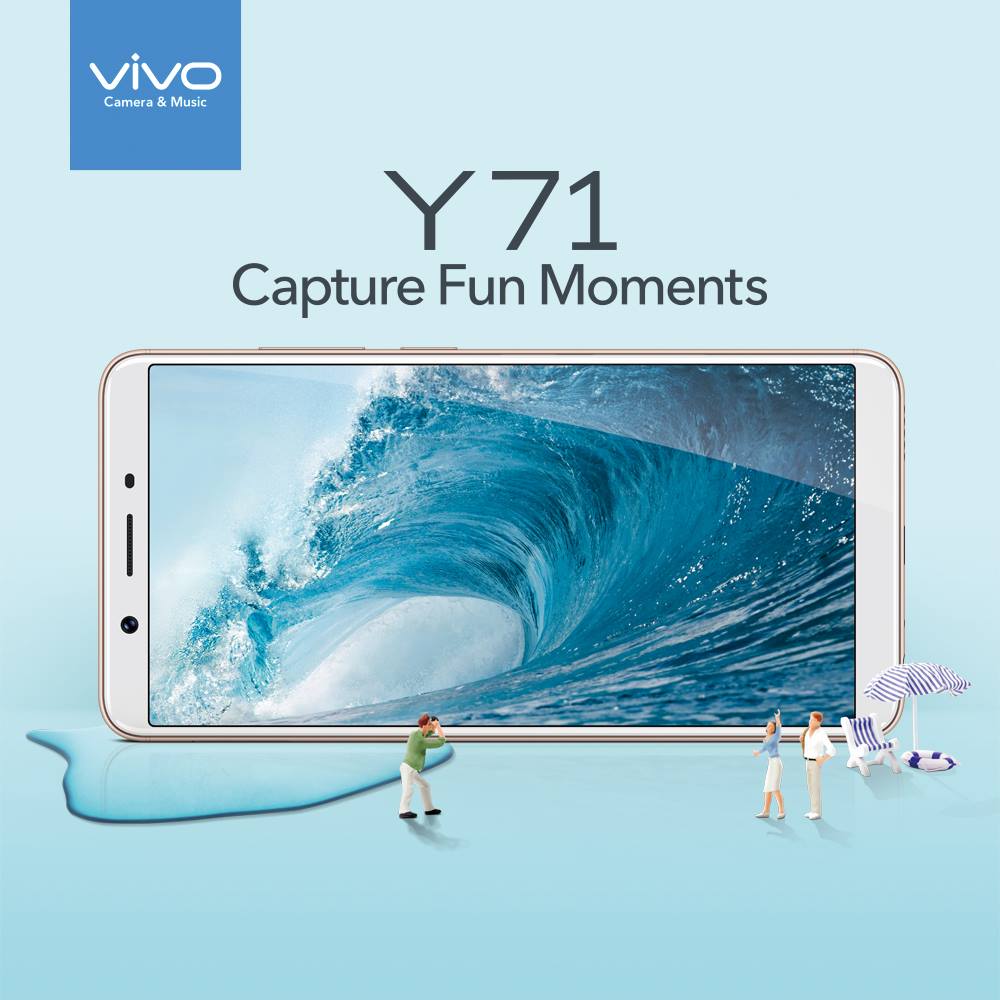 The smartphone comes with dual SIM support and a dedicated micro SD slot. This is again a plus point for the phone. It consists of 2GB of RAM and 16GB of internal storage with a 256 GB of expandable storage via microSD card.

Vivo recently launched its Y71 in India and in Nepal immediately after that. The smartphone runs on the latest android Oreo 8.1 version and the fun touch UI layered on top. This, we can find in quite a few Vivo smartphones as a lot of them are rolling out with fun touch OS.

The Vivo Y71 is powered by Qualcomm Snapdragon 450 octa-core processor. which is comparable to the Snapdragon 625. In the camera department, unlike most of the smartphones of 2018, it consists of a single rear camera. The rear camera is of 13MP and the second one is of 5MP and consists of on-screen flash.

The Vivo Y71 boasts a rather big battery of 3360 mAh but the battery capacity can truly be determined once it is tried and tested. However, it may come as a surprise to us that it doesn’t have fingerprint sensor but a face scanner instead.

The Vivo Y71 is available in Nepal from today. With the price tag and specifications compared and analyzed the phone, we are torn as of now. This smartphone has turned out to be quite a surprise as there was no hype about it. Nevertheless, the launch right before new year can contribute to its sales.