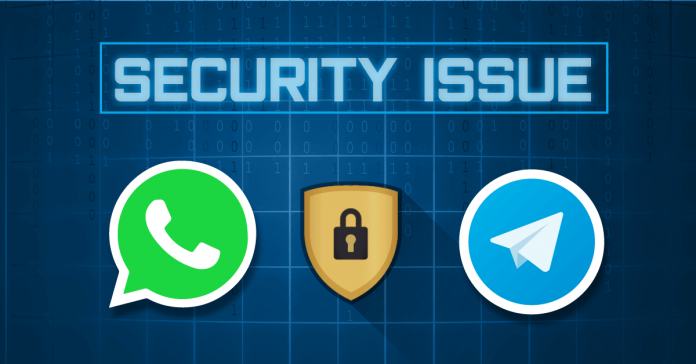 Most of us do not change our default WhatsApp settings. I mean they are the default settings so it probably is there for the best. One of those settings allows media files sent to you to be downloaded directly to your phone’s gallery or to external storage. It is great as it means one less thing for the users to worry about. However, what if I told you that this feature can actually put your device at risk.

Symantec Corporation, a cybersecurity firm, says to have found a security issue with WhatsApp and Telegram for Android. It claims that the flaw could allow hackers to manipulate the files shared between users.

The aforementioned flaw only becomes an issue if you happen to have a malware on your device that has access to your phone’s external storage. If so, then it would allow hackers to intercept your media files and potentially alter them. The attack has been termed as Media File Jacking.

For instance, the images you receive could be manipulated in real-time. This scenario might seem trivial but it nevertheless shows a serious issue in making. A much serious case could be a transaction fraud. Seen from any angle, if not mitigated, this flaw can take a much damaging form.

WhatsApp has affirmed that the issue exists but they are working on possible updates. If it’s an issue, why not simply remove the feature? Well, according to WhatsApp, removing the feature could create privacy complications whilst also limit how media files can be shared. However, an official statement is yet to arrive from Telegram.

We don’t know how long it will be until the update arrives. So, in the mean-time, you can disable the features by going to Settings-Chat-Media Visibility. Though it still won’t prevent files from being stored externally.