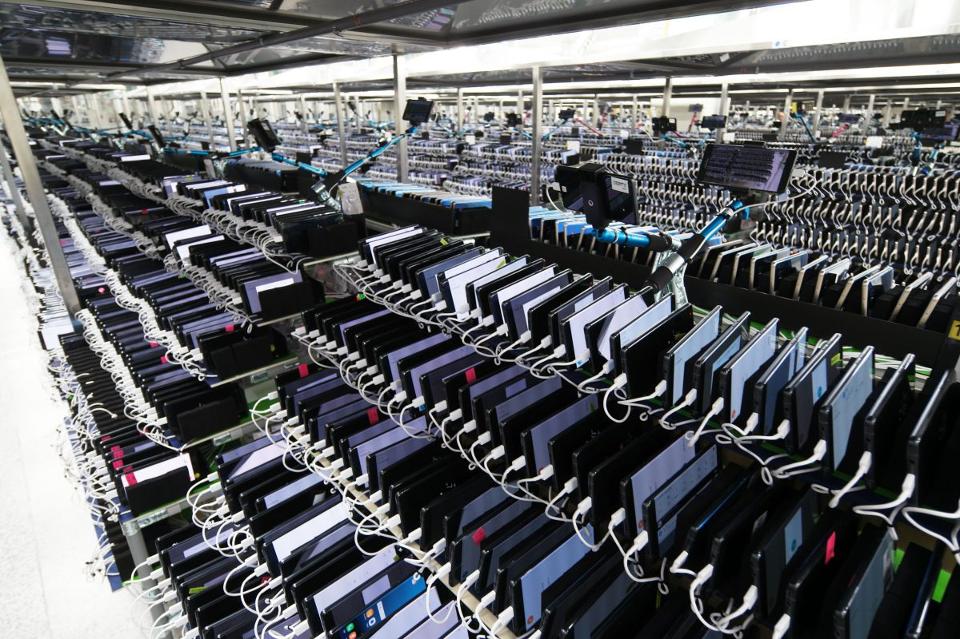 Samsung, the world’s largest smartphone manufacturer, experienced 2016 as a nightmare to the company. It was not because they didn’t make enough profits. It was because the Samsung Galaxy Note 7, one of two major flagships from the company, was recalled not once but twice, leading to ultimate killing off the troubled device. This recalling made Samsung bear the loss of approximately 3 billion US dollars. Actually, the loss was more than this monetary value. The company became the point of mistrust to the customers and potential customers worldwide. The long-awaited official response from Samsung on what made the Note 7 cause fire has come out. Samsung did the live streaming of the press event on YouTube. So, Why Note 7 Exploded? Here’s what you need to know about what made Note 7 exhale smoke.

The mystery behind the Note 7 catching fire: In short, it was all because of the battery. No hardware, software or design issues of the device contributed to its failure. Rather, the fault was in the battery, actually both the batteries. In first recall, Samsung said it was the battery and replaced it. The replaced batteries were no safer as well. These two batteries were from different manufacturers and both had issues but completely different. However, the result was the same. The malfunctioning in the battery caused the battery to short circuit and rose overheating issue that eventually fried the device.

Out of two flaws, the first flaw was in the first battery that came with the first release of the phone. Samsung titled it as Battery A. This Battery A had design issues from the manufacturers. In simple words, the casing of Battery A was too small to safely fit the electrode assembly inside, which led to short circuiting.

Coming to the battery failure of the replaced batteries, the Battery B. Some of these batteries didn’t have issues priorly because they were manufactured with good quality assurance. To address higher demands, manufacturer seemed to underlook the quality check and focused on numbers. It led to different manufacturing errors in the battery which could have been avoided with a good quality assurance. Battery B had issues in its electrode tab ultrasonic welding which had some perturbation resulting in insulation failure and short circuiting. Plus, many battery units failed to include proper insulation between the electrodes.

More on How Samsung carried the Note 7 investigation:

In this 120 days long investigation, Samsung did a lot. It built a dedicated test lab for this investigation. It packed the lab with 700 researchers, 200,000 devices, and 30,000 batteries. Hundreds and thousands of test were carried in different conditions to replicate the real-life explosion of the phone. It tested the whole device including wired, wireless, normal and fast charging in different conditions. It checked the device with and without water-resistance as well.

Samsung performed numerous tests on other features as well like USB-C charger and Iris Scanner. It evaluated the software and algorithms tied to wireless charging. It even cross-checked how third party applications were impacting the phone. Over and above that, Samsung worked with three third party test labs – UL, Exponent, and TUVRheinland. These labs investigated over issues across software, hardware, manufacturing, logistics and handling. However, they come with the findings same as the Samsung blaming the battery for the explosion.

Will the next Samsung device catch fire?

Well, Note 7 proved to be more of a lesson and less of a phone. Samsung has got a worthy of experience from what happened last year. Now, the Samsung claims to be committed to quality more than ever. Specifically, next time if a Samsung device catches a fire it won’t be because of a battery. That’s because the company has created a dedicated battery advisory group. Along with that, Samsung said to enact a number of changes to its internal processes to avoid making the same mistake down the road. The company will assign teams to own the crucial final checks for each device’s core components, and putting batteries through an 8-point test with steps ranging from visual inspection to x-ray inspection to full disassembly.