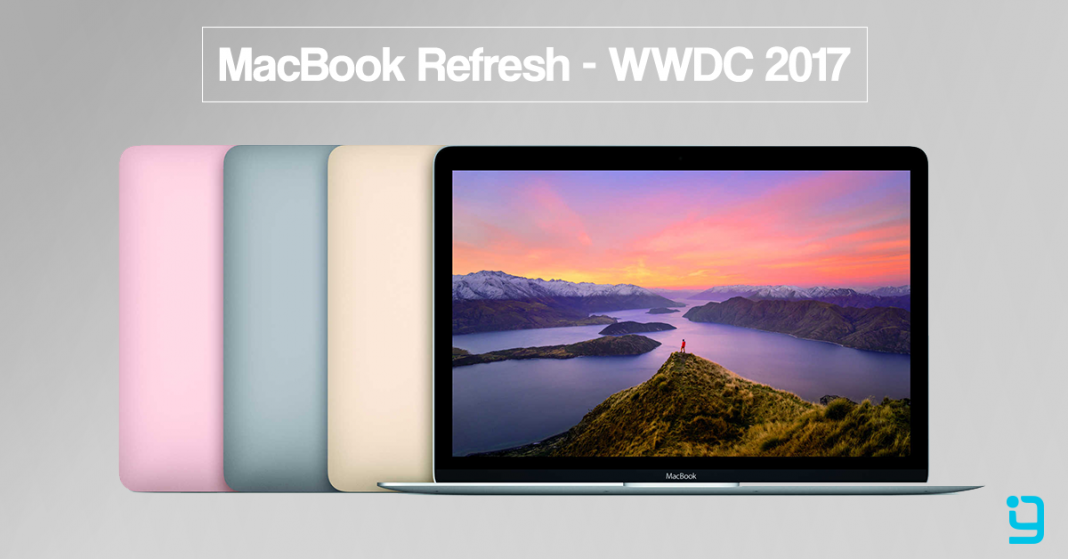 Earlier this week, at the Google I/O Developer Conference, Google showed the roadmap of where it is taking its products. We saw the new beta preview of Android O, Google Assistant on iPhone, Google Lens and so much more. It has got us pretty much hyped up but just around the corner, we have the Apple’s Developers Conference (WWDC) lurking in. And based on the news, there’s happening more than just the preview of the latest software from Apple. Notebook series or MacBooks from Apple is getting a refresh this year.

The 12-inch Macbook and the Macbook Pros are getting refreshed with the new Kaby Lake CPU’s. Many users were bumped for getting the SkyLake CPU when the alternative Windows laptops were equipped with the latest Kaby Lake CPU’s. This didn’t make the Mac’s any slower than the alternatives, but it’s everyone’s desire to get the best and the latest tech when they’re pouring so much money into it. Also, the cheapest Macbook, the Macbook Air is getting a design overhaul this time. Although, it was the thinnest laptop of its time but the new Macs are thinner than the Air now. We can expect the inclusion of Retina Display on the Air as well as the latest Kaby Lake CPU.

Apart from the refresh of the MacBook lineup, what is certain about the WWDC is the major iOS update for iPhone and iPad (iOS 11), a new version of MacOS (10.13), WatchOS for Apple Watch and tvOS for Apple TV and a Siri speaker which goes head-to-head with Amazon Echo and Google Home.