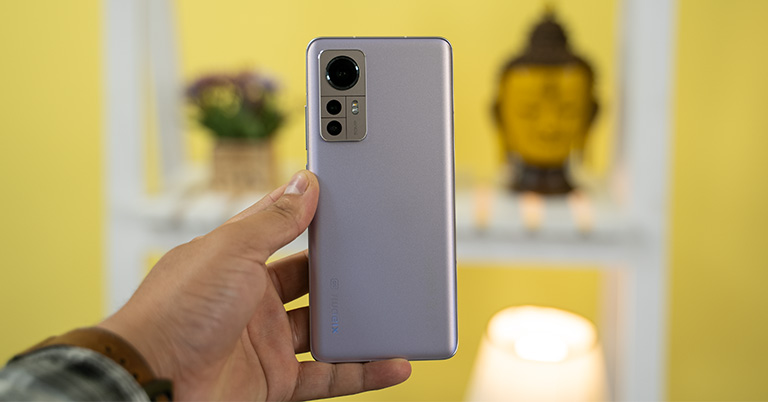 We recently came up with our review of the Xiaomi 12X, where I said that the phone felt like a deliberate attempt to upsell the more expensive Xiaomi 12 instead. While I understand the upgrades for the added cost might not matter to everyone, it’s pretty tempting, to say the least. So in this review, I’ll be sharing my overall experience with these two phones and discussing if the Xiaomi 12 is actually worth the extra money or not.

Okay, let’s first look at their spec-sheet real quick. And the biggest differentiator between these phones is definitely their chipset.

Even though the Snapdragon 870 on the 12X is a dependable processor that’s more than powerful enough for most people, it’s not flagship level—at least not by 2022’s standard. Based on all the benchmarks we ran, the 8 Gen 1 on the Xiaomi 12 delivered roughly 20 – 25% faster CPU and well over 50% faster GPU performance.

Well, not quite. The thing is, Xiaomi has used the exact same liquid cooling solution on both these phones—most likely due to their common design, dimensions, and everything else.

And as most of you guys already know, the 8 Gen 1 is a particularly hot and inefficient chip compared to the 870. So with two different classes of processors housed inside an identical, compact chassis, we can expect one of two things to happen:

And when comparing it against other 8 Gen 1-powered phones with a beefier cooling system like the POCO F4 GT, it’s clear that Xiaomi has chosen to throttle the performance here. Especially in terms of GPU. But I can’t really complain about this decision since that’s probably what I’d do as well considering Xiaomi 12’s petite form factor.

With this, its gaming performance isn’t on par with what the flagship phones of 2022 manage. In fact, you can expect similar gaming results from the 12 and 12X. Both of them deliver an easy 60 fps gameplay on PUBG and Call of Duty at the highest graphics. And I’m also really impressed with the thermals on the Xiaomi 12 since its peak surface temperature stays just around 40°C even after 30 minutes into these games. But something like Genshin Impact is heavily throttled here.

Playing at max possible settings with 60 fps enabled, I was only netting 30 to 45 fps on average—mostly in the mid-30s—which is complemented by relatively frequent frame drops too. Then again, the phone stays comfortably cool enough to dismiss any notion of overheating, so… there you go.

And unlike the 12X, high fps-ready games like Critical Ops sail at a steady 120 fps on the Xiaomi 12, even though Mech Arena shares the same fate as Genshin Impact.

All in all, this is certainly not a phone you’d want to buy for gaming.

Not just the compromised cooling solution, but its physically compact size also means gamers might have a difficult time adjusting their grip on this phone. “So what about everyday performance then?”, you might be asking. Thankfully, everything is solid as far as general usage goes.

Apps load real fast, the multitasking experience is great, and the phone just feels snappy! On multiple occasions, I did notice it getting slightly warm when shuffling between multiple apps at once, but it’s not a big deal, to be honest. 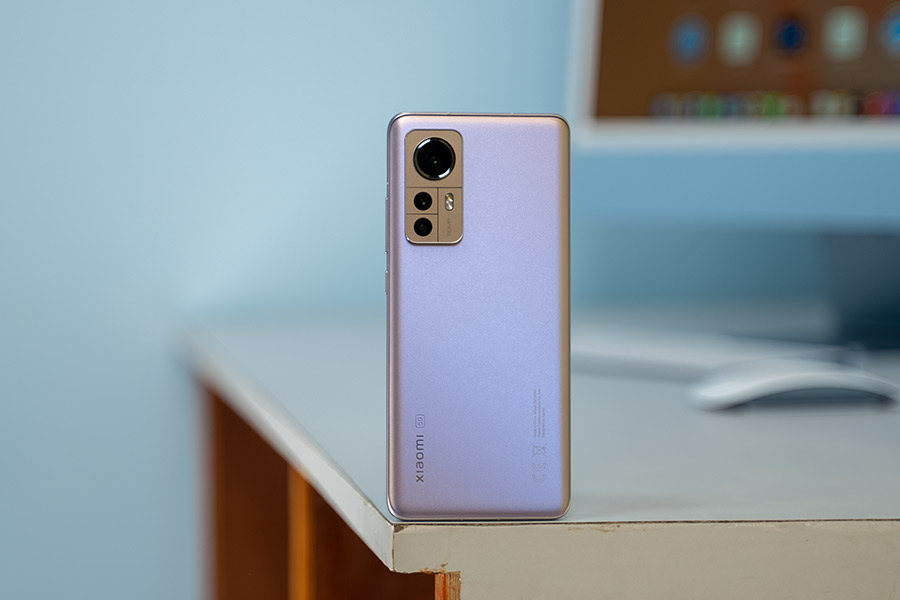 More importantly, the phone boots on the latest Android 12-based MIUI 13, and Xiaomi has also promised 3 major OS and 4 years of security patches here.

That’s a direct blow to the 12X which is loaded with an older operating system and zero software commitment. So yeah, there’s only one flagship phone between these two, no matter how obsessively Xiaomi claims it has “redefined flagship category” with the 12 series.

What’s next then? Yes—besides performance—the Xiaomi 12 tries to justify its higher price tag with support for 50W wireless and 10W reverse wireless charging as well. But most people will get by 67W of wired charging just fine… including me! Despite all my years of reviewing smartphones, handsfree charging is something that hasn’t really mattered much to me… I don’t know. 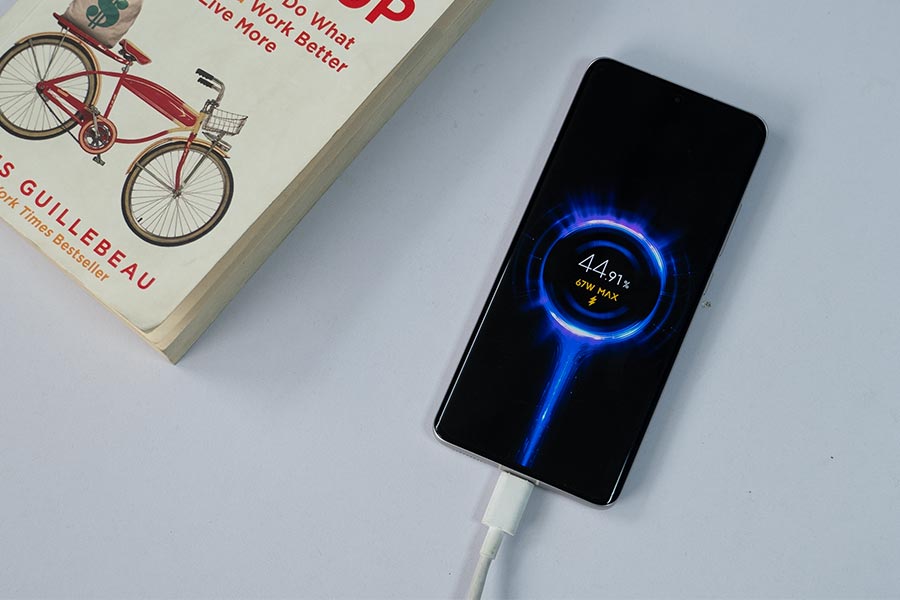 On the other hand, you can easily burn through its battery in a day—just like the 12X—but the overnight battery drain situation here is noticeably better. Maybe it’s because of the Android 12-based MIUI 13 optimization or something, I’m not exactly sure.

Anyway, these phones look and feel identical too. From their clean design, weight distribution, and handy ergonomics, to the lack of an IP rating—these phones are indistinguishable. One small thing—while both of them feature a glass sandwich body, the Xiaomi 12’s back panel is also protected by Gorilla Glass 5 whereas the one on the 12X isn’t.

So… that’s it, right? Apart from the performance and wireless charging capability, are these two phones basically one and the same? Surprisingly not, as it turns out. If you take a look at their camera specs, there’s nothing that puts one on top of the other really. Yeah, it’s pretty upsetting to learn that a phone that costs upwards of USD 700 doesn’t have a telephoto camera. Come on, Xiaomi!

Maybe HDR recording on the Xiaomi 12 is something you care about but other than that, their camera hardware and capabilities look like a carbon copy of each other. But what this comparison fails to take into consideration is the crucial role of image processing, aka computational photography.

And when I actually compared the cameras of these two phones for this review, I found that the Xiaomi 12 delivers better-looking images most of the time. Eh… “better-looking” might be putting it generously. “More consistent” is what it is.

While photos from the 12X already had punchier colors, the Xiaomi 12 takes it one step further. And it shoots distinctively contrast-heavy images as well. Although such processing certainly looks pleasing in some cases, it does come off overdone at times.

But the ultrawide shots are consistently better from the Xiaomi 12 in terms of colors, dynamic range, and everything else.

Likewise, portraits from the Xiaomi 12 have better HDR and exposure control compared to how the 12X manages reddish/pinkish skin tone. Then again, its contrast-heavy shots end up looking somewhat unnatural sometimes.

And when it comes to lowlight photos, I found that the Xiaomi 12 captures a better essence of the night with more natural-looking skies.

However, the 12X isn’t that far behind either when turning on Night Mode.

As for videos, both phones can shoot at up to 8K 24 fps from the main camera. And across all resolutions, it’s clear that the Xiaomi 12 records slightly steadier videos. But disappointingly enough, this guy is also limited to just 1080p recording from the selfie camera.

Aside from the cameras, their speakers are tuned differently as well. Not that the 12X has a bad audio output or anything, but the Xiaomi 12 sounds comparatively fuller and it gets a bit louder too. 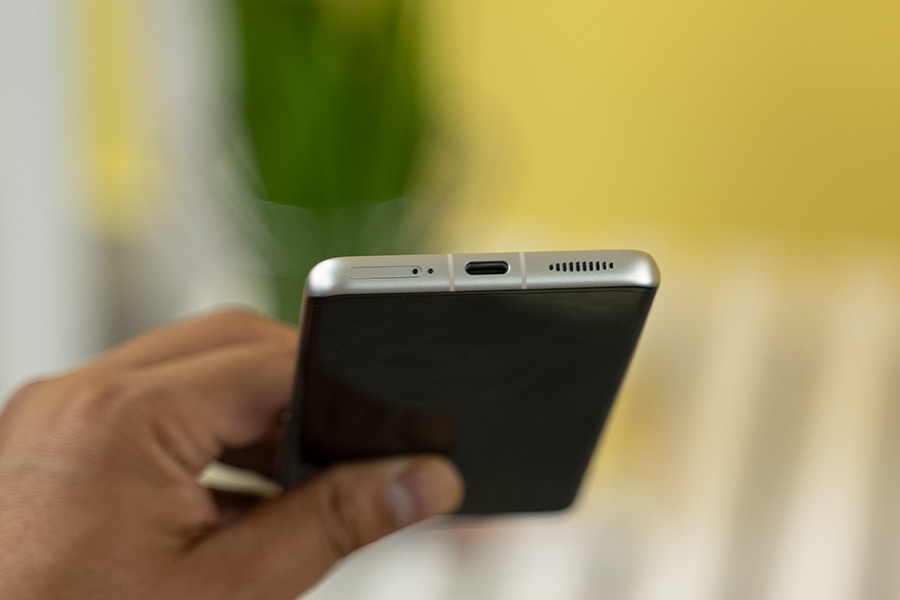 On the contrary, I didn’t find any difference in terms of haptics and call quality on these phones. That means—some of Xiaomi’s most expensive phones of 2022 feature a relatively weak vibration motor and a virtual proximity sensor that’s not 100% reliable. sigh

On to the display side of things, you’re looking at a 6.28” Full HD AMOLED panel that’s curved on the sides here. And for the most part, it’s as practical as it looks beautiful. From launching MIUI’s sidebar to cruising through Android’s gesture navigation, such subtle curves make using the phone a lot more… effortless.

And I know accidental touch is always a concern with curved displays, but I haven’t really faced such issues on this phone—even when using it without a protective case! 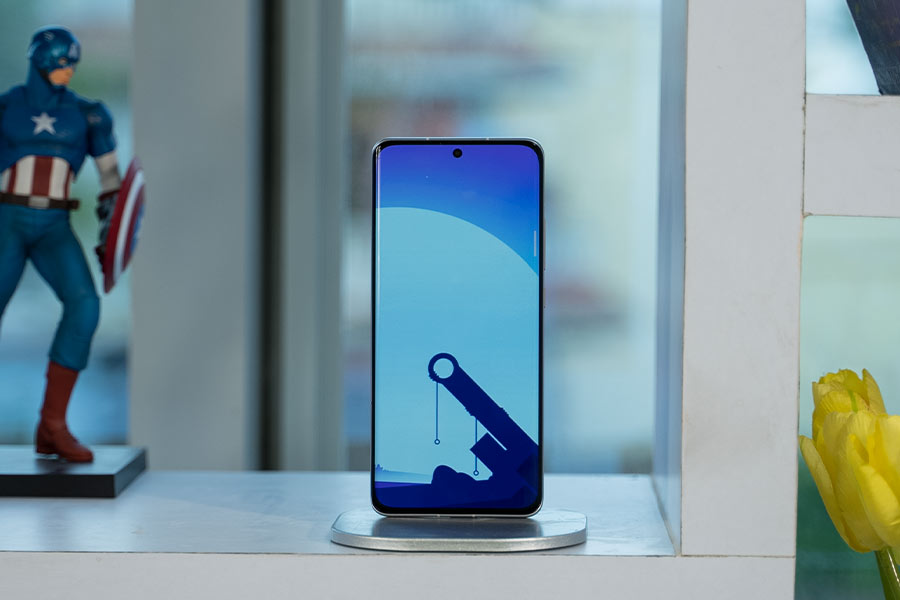 You can still notice dark edges here but that’s an inherent tradeoff with curved screens themselves. But the biggest worry about such displays is durability itself. One whack to a concrete surface and you may be well on your way to a repair center. So even though this display is protected by Gorilla Glass Victus, I’d still recommend using a decent screen protector and a case.

everywhere, all at once

Moving on, the Xiaomi 12’s display is also great for media consumption. This HDR10+ certified 12-bit screen produces excellent colors and inky blacks for the best viewing experience. The default color calibration feels a bit cold to my eyes, but you can easily adjust it under the settings.

On top of this, there’s no trouble with HDR playback on this phone either. Unlike the 12X. So you can stream all kinds of shows/movies at high resolution and excellent color details here.

Further elevating the display experience is its 120Hz refresh rate and up to 480Hz touch sampling rate. And although you won’t encounter micro stutters or lags on this flagship phone, the company has been greedy by keeping the LTPO panel exclusive to the “Pro” model. As a result, the Xiaomi 12’s display can only switch between 60 and 120Hz depending on the content.

Similarly, with 1100 nits of peak brightness, the phone stays visible even in the harshest lighting conditions. And its optical fingerprint reader is equally easy to reach and responsive. But like the 12X, I’ve had issues with its automatic brightness adjustment as well—especially when it’s dark around.

Okay, let’s wrap up this review now. Needless to say that the Xiaomi 12 and 12X are very, very similar phones. And judging their value proposition turned out to be a lot more difficult and confusing than I’d initially anticipated. While the cheaper 12X is clearly meant to persuade you into buying the more expensive Xiaomi 12, now I’m not entirely sure if this phone is worth it after all.

For that, let’s consider the phone’s price and its biggest competition, the Samsung Galaxy S22. Both of them are compact flagships of 2022 with similar dimensions and weight. And while Xiaomi’s recommended retail price of USD 749 for the base variant sounds enticing at first, its actual market price is a bit higher in some regions where the phone is available.

For example, in Germany and Pakistan, the Galaxy S22 and Xiaomi 12 pretty much cost the same.

That means the S22 gives you better peace of mind with its IP68 dust/water-resistant design, significantly better cameras with a proper zoom lens, a better display, cleaner software with longer update commitment, and more at the expense of a smaller battery and slower charging. And I think the pros comfortably outweigh the cons in this instance. Even in markets like Nepal where the Xiaomi 12 has a healthy price advantage over Samsung’s latest, I think getting the S22 makes more sense because of all the flagship features Xiaomi has skipped on in the name of cost-cutting. I mean, you are paying premium dollars on a phone so why not spend a little extra on one that has it all!