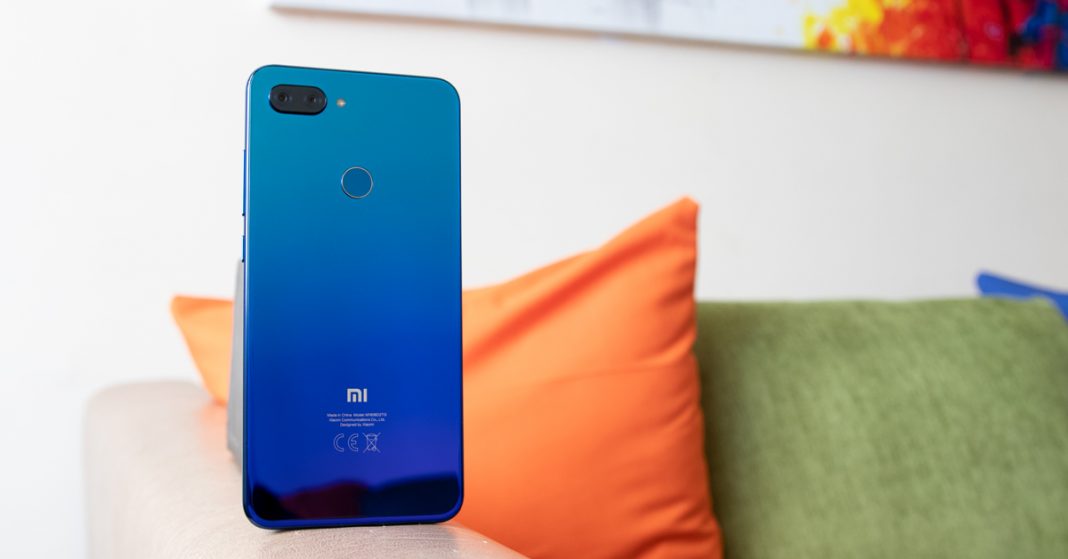 The Huawei Y9 2019, the Honor 8X, the Mi A2, and the Redmi Note 6 pro! These are the phones that are available in almost the same price as the Mi 8 Lite and provide almost identical specs. So, can the Xiaomi Mi 8 Lite stand out in the plethora of mid-range devices out there? Let’s find out!

First of all, let’s clear out the name game here! Xiaomi has released 3 smartphones in the mi 8 Lineup, the Mi 8, which is a flagship variant, the MI 8 SE and the Xiaomi Mi 8 Lite which are cheaper variants where the Mi 8 Lite is the most affordable among all. From the design standpoint, we see improvements in the latest version. There are curvy edges, an attractive glass back, and a shiny aluminum border with 2.5D curved glass. But topping it all is the colors and this gradient color variant is amazingly eye-catching.

There is a fingerprint reader at the back, just like how we find it in other Xiaomi phones, and does its job quite well. The scanning is fast and does it correctly all the time. We didn’t find a Face unlock option, which is strange for a smartphone of 2019!

The phone is premium on hold but is slightly wider than others out there. That didn’t make a difference in usage though, just putting it out there. The camera bump creates some imbalance when the phone is kept on a plane surface, carrying chances of getting the cameras scratched overtime which Xiaomi has well addressed by proving a Silicon case with the phone.

Talking about the back, as attractive it is to the normal eye, it is a fingerprint magnet, no denying that. The phone feels good on hands but it’s sad that a cover needs be used to protect it from smudges and prints.

So, on the design front, the phone is what we would expect from a current smartphone. But it’s noteworthy that no cutouts have been made in this area. The display is also one of the best things about the Mi 8 Lite. It’s a 6.26 inch IPS LCD panel with a tall 19:9 aspect ratio and 1080p resolution. This might sound as if we are getting a usual thing, but the display here is pretty dope, I mean the colors, brightness and the calibration all fit in perfectly to give you a pleasing display. It’s a sharp one with very good viewing angles. The sunlight legibility is decent and nothing extraordinary.

In terms of display size, it might be a little less than the 6.5-inch seen on Y9 2019 and the Honor 8X, but that is no major setback here. On the top, you get a notch that is not, well, an ugly one. It’s smaller than the MI 8 SE and similar to the Honor 8X and Y9 2019. You do have an option to hide it, but the black bar on the top is clearly visible at certain angles. Again, not that big of an issue, just putting it out there. Okay, let’s jump to the cameras now. The cameras here feature a similar setup like the MI 8 SE. There are a 12+5 MP dual cameras at the back that works just fine. The colors are good and the pictures from the normal cameras look decent, nothing extraordinary. The dynamic range is average and with the HDR on, you get some improvements. The AI feature that’s there gives you some punchiness in images and nothing more.

The portrait mode will give you a somewhat disappointed feeling. At times, the amount of blur is very very uneven and it looks unnatural too. Similarly, the dual cameras suffer poor edge detection.

Night shots, I must say are pretty average too. In extreme low light conditions, there are grains all over and as the light gets better, the pictures look better too. Focus, during night time, is slow. However, the shots are good in artificial lighting though.

The selfies I got from this one is actually great. There is some processing being done, you cannot shut it off but the output is not bad at all. It’s a 24 MP camera that gives you good results. The portrait mode, though with a single camera, is surprisingly good, better than the back camera actually! Night time selfies are a bit noisy though.

Now, the performance! The Snapdragon 660 seems like a sweet spot for Xiaomi. It’s there on the Mi A2 and the recently announced Redmi Note 7. It’s not a bad chipset by any means, but it seems like Xiaomi has standardized the chipset to be used on its midrange smartphones. The performance is what we would expect. Switching between apps is fluid and multitasking is fine too. But when put in comparison with the Kirin 710 of the Huawei Y9, apps open a little slow on the Mi 8 Lite. However, when talking about the GPU performance, games load faster in the Mi 8 Lite than the Huawei Y9 2019. Not a major difference here.

Gameplay is smooth with Adreno 512 counterpart, I played PUBG and Asphalt 9 and only in PUBG, I felt some stutters. Everything else ran fine. But with games running in the background, when I try to switch to another app, the phone becomes a bit legarthic, just a bit! Maybe this could be fixed with a software update.

Talking about the software, you get Android Oreo 8.1 with MIUI 10.0.5. The Redmi Note 6 pro had some issues with advertisements playing even in the file explorer. I expected the same, but, nothing of that sort happened.

Moving on, the notifications can be cleared from one direction only, which can be very confusing to people. But the animations going around inside the settings menu is quite fun I must say. And I might be saying this very late, but I also very much like the brightness panel and the volume rocker panel. And if you are a fan of gesture navigation, don’t worry you get that too in here!

Okay, get let’s get on to the battery side of things. The Mi 8 Lite features a 3350 mAh battery. And, we very well know that the SD 660 is slightly less power efficient than the Kirin 710. Plus with the 4,000 mAh battery on the Huawei Y9 2019, the Mi 8 Lite is nowhere comparable. And talking about the endurance, you get average battery life that makes you put this on charge at the end of the day. Similarly, gaming drains the battery at a considerably faster pace. Nonetheless, it will get you through the day. The device supports quick charge 3.0 but you get a 10-watt charger in the box. Using the QC 3.0 charger improves the charging time significantly. 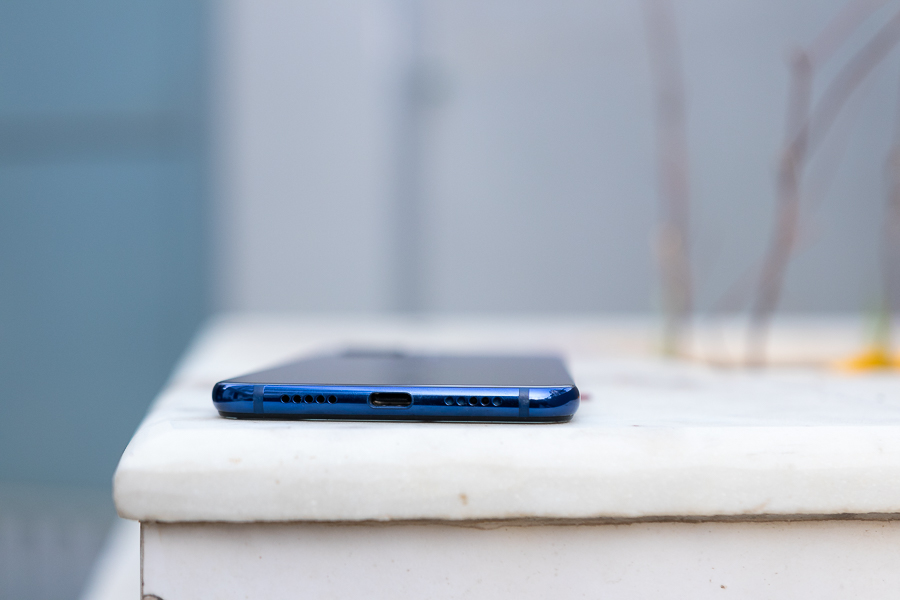 Also, you cannot ignore the fact that you get a USB Type C port here. It won’t be wrong saying that Xiaomi is very generous in providing the latest on the hardware side.

Onto the extras, the speakers get moderately loud on video and music playback. But when headphones are plugged in the output is not so loud from the type C port. Yes, you got it, there is no headphone jack! While some of you may accept it, this might turn off many of you. The buttons are placed at a reachable distance and are clicky and hefty too.

The Xiaomi Mi 8 Lite has been launched at a time when there is a cluster of devices in the same price range. It is a good device with good performance and good everything and you will not regret buying it today for the price being asked. But, but it’s not going to be a regret buying the Honor 8X, the Redmi 6 Pro or the Y9 2019 either! The Mi 8 Lite is just another addition to the choices.

And, in anyways, if the Redmi 7 makes its way early in Nepal, it’s not going to hard choose it over the Mi 8 Lite. So, overall, it’s a good device but there are other choices out in the market that can easily replace this one.