Riding on the success of the Xiaomi Mi 9, Xiaomi has today unveiled the Mi 9. The devices have many things in common with the Mi 9. However, there are some exciting updates too that this device packs in it. For instance, the Xiaomi MI 9 Pro will be powered by the latest Snapdragon 855+ and comes with up to 12GB of RAM.

The Mi 9 Pro features a screen similar to the Mi 9. It has a 6.39-inch Super AMOLED display panel with an in-display fingerprint sensor. It supports Full HD+ resolution of 1080 x 2340 pixels. Furthermore, there’s a waterdrop notch up front to house the front camera.

Powered by the octa-core Snapdragon 855+ chipset, this phone should be suitable for powerful mobile gaming. Furthermore, the device also includes a vapor chamber cooling which ensures that the CPU remains cool even if the device is performing an intensive task. 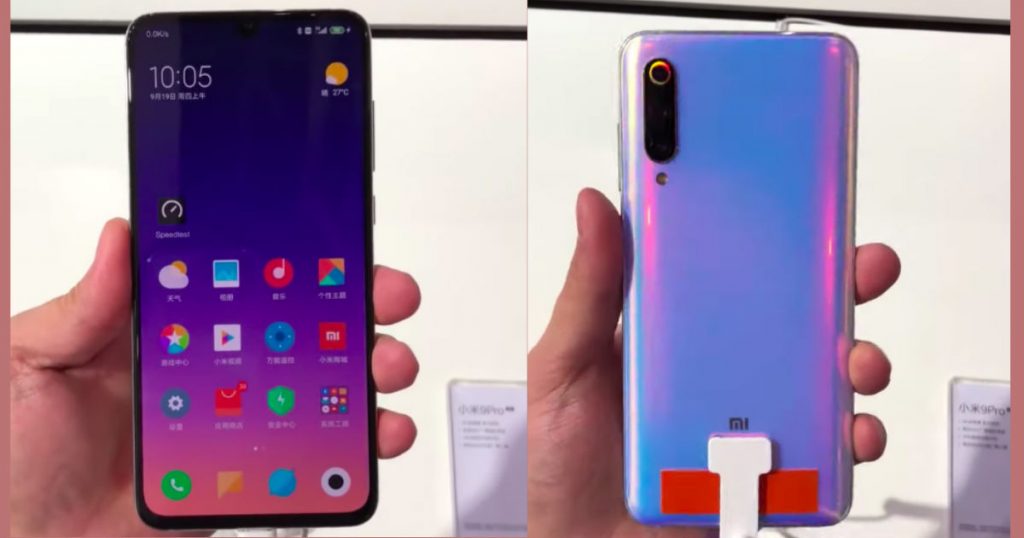 The rear camera on this device is a triple camera setup. The primary lens is of 48 MP and the other two are 12MP telephoto camera and 16MP wide-angle camera. Upfront, there’s a 20MP selfie shooter.

Another major upgrade is made on the speakers. Per Xiaomi, the Mi 9 Pro will have the largest sound chamber. It will be the largest of any Mi phones and will sound louder and better. During the unveiling, much emphasis was put on the 5G variant of the device. However, has been reported that a 4G variant will also be available.