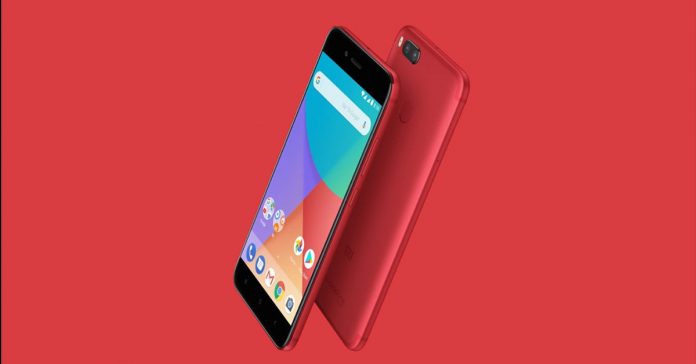 The Xiaomi Mi A1 was one of the most sought-after smartphones of 2017. The smartphone is faring quite well in the mid-range price segment right now where competition is getting tougher and tougher each day. And to attract more customers, Vatsal Impex, the official distributor of Xiaomi products in Nepal, has launched a red colored special edition variant of the smartphone here.

This special edition variant of the Mi A1 was launched a while back in December, last year. This device follows the trend of a lot of mobile companies launching a red colored variant of their smartphones. And if the looks are considered, the Xiaomi Mi A1 with its dual cameras and a fingerprint scanner on the rear side resembles OnePlus 5T’s Lava Red variant.

The Xiaomi Mi A1 Red edition features the same architecture as its regular version. The device comes with the same Octa-core Qualcomm Snapdragon 625 processor with 4 GB of RAM. Storage wise, the device has 64 GB of onboard memory which is expandable as well. Likewise, the display stands 5.5-inch tall and has a full HD resolution. Xiaomi has included dual rear-facing lenses on the Mi A1. Both lenses measure 12-megapixels and are capable of taking portrait images with a shallow depth of field.

The Xiaomi Mi A1 is the Chinese manufacturer’s first smartphone running Google’s Android One program. It recently received Android Oreo update and will also be upgradable to Android P in the near future.