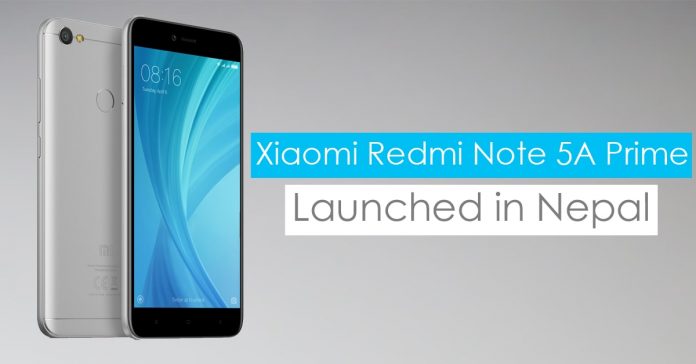 Xiaomi Redmi Note 5A Prime comes with 5.5-inch IPS LCD display with the HD (1280 x 720 pixels) resolution. The display embraces Gorilla glass 3 to evade the vulnerabilities of scratches and cracks. Also, the display furnishes 2.5D curved glass on the top to provide a seamless design. The device houses Snapdragon 435 chipset, which comes along with Adreno 505 GPU.

The smartphone has two slots for SIM cards and a dedicated slot for memory expansion via SDcard. The storage can be expanded up to 128GB if the initial onboard storage of 32GB is not sufficient. A fingerprint sensor lies on the back end of the device for the security. The phone is enriched with all the other necessary sensors too like accelerometer, gyro, proximity, and compass sensor. And the phone has also managed to adhere IR blaster.

Since the Xiaomi Redmi Note 5A Prime is a selfie-centered device, it has a high-resolution camera of 16MP on the front end. The front camera has a wide aperture of f/2.0 and comes along with a LED flash. The selfie camera on the phone boasts to provide beautifications that would look natural. On the back end, there is a 13MP camera with an aperture of f/2.2. The rear camera also has a LED flash alongside. The device comes with 3080mAh battery and has Nougat (v7.0) version of Android on its system.

Although the phone claims to take great images, we cannot declare its potential unless we review it. We will let you know once we review the device. So, don’t miss out and keep yourself updated with the latest tech news and gadgets reviews by Following us on Facebook and Instagram and subscribing to our YouTube channel.

So, what do you think of the Xiaomi Redmi Note 5A? Let us know in the comment section.