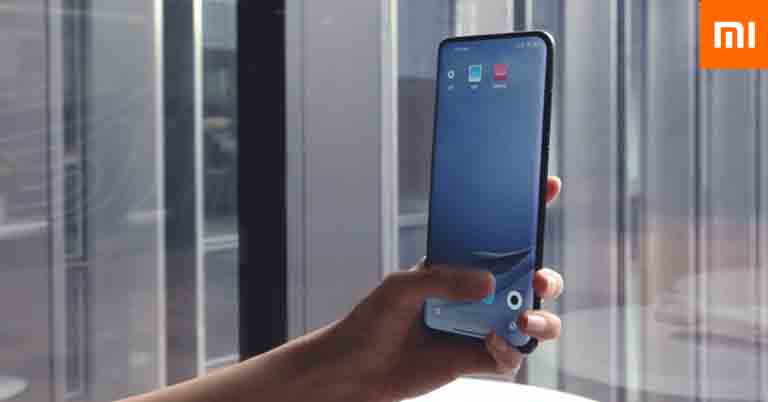 Smartphone manufacturers are obsessed with increasing the screen to body ratio on their smartphone to make it more appealing to the people. Today’s flagship device devices feature technologies such as tiny punch-hole, mechanical pop-up cameras, and waterfall display for the same. An in-display camera is now the next big thing in this aspect. Oppo was the first company to showcase the working prototype of an under-display camera. However, there were a lot of issues with the tech for it to be introduced in mainstream devices. Earlier, Visionox announced that it had developed an under-display camera tech that could be used in a commercial device.

It is not Just Oppo and Visionox, companies like Samsung, ZTE, and Xiaomi are also working on their own version of the tech. In fact, ZTE will be the first company to debut under display in a commercial device when it launches the Axon 20 5G on September 1st.

The technology being discussed today is actually the result of Xiaomi’s research spanning years. The first generation of Xiaomi’s in-display camera was never made public. Yet, the company did reveal the second generation of the tech to the public in 2019. The main challenge was to make the panel covering the camera have the same uniform pixel density as the rest of the device. Prototypes have also shown that the in-display cameras do not perform well compared to normal selfie cameras. 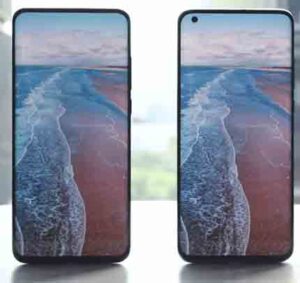 Xiaomi says that it has come up with solutions for both the issues. The company has self-developed a new pixel arrangement to make the display uniform, even above the under-display camera. The new tech works by allowing the selfie camera to see through the spaces between the RGB sub-pixels. Xiaomi has also doubled the pixels (both horizontal and vertical) on the surface above the camera. It helps the surface attain the same pixel density as the rest of the display. Xiaomi claims that brightness level, color gamut, and color accuracy is also uniform throughout the panel.

To solve the problem related to the performance of the camera, Xiaomi has implemented a special circuit design. While the company has not provided further details on the underlying mechanism, the new circuit increases the light transmittance of the screen above the camera. That is, the panel will allow more light to pass through it. More light means more details for the camera sensor to capture. The company has also improved its camera algorithm to match the performance of the conventional selfie cameras.

But, is it flawless? 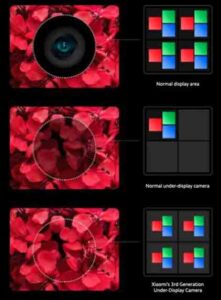 Despite all the claims made by Xiaomi, one can still see the camera region on the screen under close inspection. It was first pointed out by Ice Universe via a tweet. The Verge has also pointed out the difference between the area just above the camera and the rest of the display panel in Xiaomi’s promotional video. Interestingly, the picture posted by Ice Universe reveals a circular surface similar to the punch-holes whereas it’s a square surface in the video. Similarly, the area is more evident on the video than on the picture.

We are yet to see an independent comparison between conventional cameras and Xiaomi’s third-generation under-display camera. We will also have to wait to see if the technology will be compatible with all screen types or not.

Xiaomi will be implementing the third-generation under-display camera technology in its smartphones starting from next year.