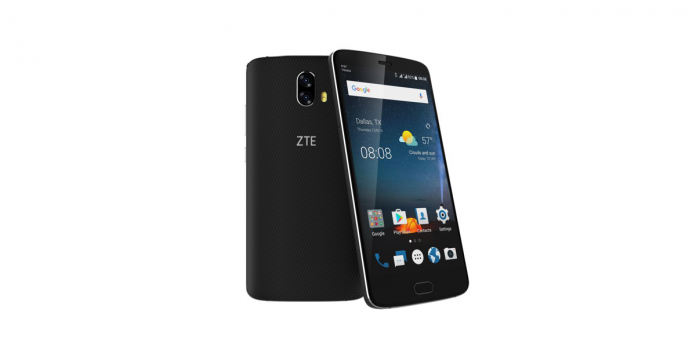 This year has started off strong with the CES 2017 which gives us a clear roadmap of where the technology is heading. There has been a lot of new innovations in tech that we can’t keep track of and are not useful to us yet. But what gets our concern is, what will be the smartphones of 2017 be like? The answer is Dual Rear Cameras! At CES 2017, ZTE has announced V8 Pro which comes with a dual lens. Apart from that, they have also announced a crowdsourced project Project CSX or the Hawkeye.

ZTE V8 Pro is a budget phone which comes with a 5.5-inch Full HD display and is powered by Snapdragon 625 octacore processor. It also comes with 3GB of RAM and 32GB of onboard storage. The phone houses a fingerprint up front which also acts as a home button. The phone has an appealing form factor and the rubber texture back gives it a stealth look and also makes it grippier on the hand. The major highlight of the phone is its dual 13MP Camera which is used for the shallow depth of field effect (Bokeh). Among two lenses, one holds a monochromatic sensor which helps to capture the sharpness and depth of the photo. The mechanism is similar to what we’ve seen in P series of Huawei phones and recently the GR5 2017 which goes head to head with the V8 pro in terms of specs and camera performance. V8 Pro also comes with a 3140mAh battery which ZTE claims lasts longer than their flagship, ZTE Axon 7. Also, it comes with Quick Charge 2.0. The phone is priced at $230 and we can expect the phone to hit the Nepali market around 3rd quarter this year. ZTE Hawkeye is a crowdsourced project where the idea and design of the phone come directly from the consumers. There have been many opinions on how the phone should be designed but the most upvotes were given to eye tracking for smartphone control and an adhesive back. Eye Tracking has currently been the feature focus which tracks the eye movement from its high-resolution front-facing camera and converts that movement into software commands that represent standard gesture motions. According to ZTE, you should be able to completely use the phone based on eye movement when it’ s complete. Also, to go with the eye tracking mechanism, ZTE has developed a special Adhesive Case which makes it stick to most of the common surfaces making it easy to read the eye gestures. ZTE hasn’t explained what makes this possible, for now, they are just calling it “Black Magic.”

(Specifications are still debatable as the phone is a prototype.)

The phone is currently on development stage and can be backed on Kickstarter, you can pre-order the phone now for $199 and it’ll ship worldwide as soon as it’s ready, probably in September. The phone’s price is certain to get high after it’s production ready.