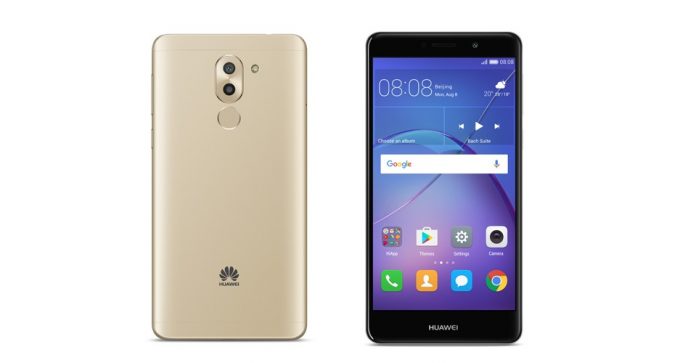 Huawei Mobiles Nepal has launched the successor of the Huawei GR5 — the Huawei GR5 2017 in Nepal for Rs. 29,999. The phone is available for prebooking from 18th Dec 2016 to 22nd December and pre-bookers get free Huawei Original Power bank (13000 mAh).

The new Huawei GR5 2017 is the only smartphone under Rs. 30,000 to feature a dual camera on the back, but unlike its flagship phone Huawei P9, the dual camera on the GR5 2017 serves a different purpose (more on the article). It features a 5.5-inch IPS LCD 1080P display with 403 PPI and 2.5D curved glass. It is powered by an Octa-core HiSilicon Kirin 655 SoC with 3GB RAM and a Mali-T830MP2 GPU. It is currently running on Android 6.0 Marshmallow with EMUI 4.1 layered on top.

As mentioned earlier, the Huawei GR5 2017 features a dual rear camera – a 12-megapixel and a 2-megapixel rear facing dual cameras. The function of Dual camera is to create bokeh effect which means it focuses the main object while creating blur” effect of the background. The 12-megapixel rear camera boasts a 1.25μm large pixel Sensor, for crisp, clear, and vibrant photos at night and in low light. It also boasts Phase Detection AutoFocus that lets you focus the object in just 0.3 seconds. The front camera is an 8-megapixel sensor with wide angle lens. The Huawei GR5 2017 also features a fingerprint sensor, fast battery charging, and DTS audio. A huge 3,340mAh battery aides the device, making it last long. What’s not available is dual band ac as it houses a WiFI b/g/n. Also, the phone lacks Gyro sensor so not a good news for the VR fans out there.