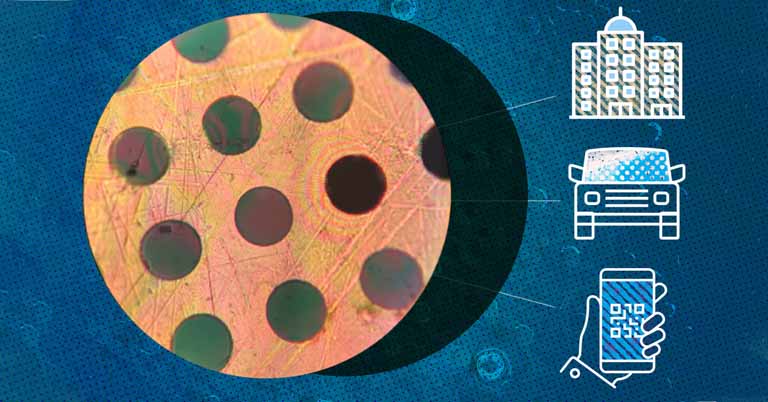 Researchers from MIT have recently invented a lightweight polymer that is tougher than steel but also light as plastic. Dubbed as a 2DPA-1 polymer, it can be easily manufactured in large quantities.

Unlike other polymers that form a spaghetti-like chain, the new material is a two-dimensional structure that self-assembles into sheets. Scientists have long believed that if polymers (which includes all plastic) could be formed into a two-dimensional sheet, they would be able to create strong yet lightweight materials.

However, after many years of work, researchers came to the conclusion that it simply could not be done. This was due to the fact that the monomers—which join other molecules to form polymer can rotate up and down. This causes the material to grow in three dimensions instead of a sheet-like structure.

But, through a recent study led by Michael Strano, researchers have developed a novel polymerization technique that allows the creation of a two-dimensional sheet known as a “polyaramide”. Here, for monomers, they used a compound called melamine which under the right condition can grow to form a two-dimensional disk. And, when these disks pile on top of one another, they produce an extremely robust structure.

Moving on, the newly created material has up to six times the deformation resistance of bulletproof glass. Similarly, even though the material has one-sixth the density of steel, the energy required to destroy it is double that of steel.

Strano says, “We don’t usually think of plastics as being something that you could use to support a building, but with this material, you can enable new things. It has very unusual properties and we’re very excited about that.”

“Such a material could be used as a lightweight, durable coating for car parts or cell phones, or as a building material for bridges or other structures”

Another interesting feature of the new 2DPA-1 material is that it is impermeable to gases or liquids. The monomers here interlock like LEGOs, preventing any molecule to go through them. Thus, manufacturers can use it in car parts to add an extra layer of security against corrosion resistance.

According to the researchers, the polymer can be easily mass-produced by simply increasing the amount of materials used at the start. However, the material needs to be introduced in the market at affordable rates to be able to extensively scale it.