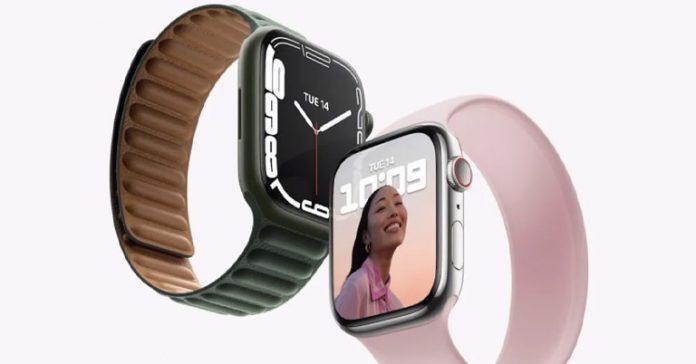 Alongside the new iPhones and iPads, Apple has unveiled the Watch Series 7 as well. In this article, we will walk through the specs, features, availability, and expected price of the Apple Watch Series 7 in Nepal.

To begin with, the new Watch Series 7 has a 70% brighter display than the one on the Watch Series 6. Also, the screen now extends to the edge of the device resulting in thinner bezels of just 1.7 mm wide. It comes in 41 and 45mm case options and features an Always-On Retina display. 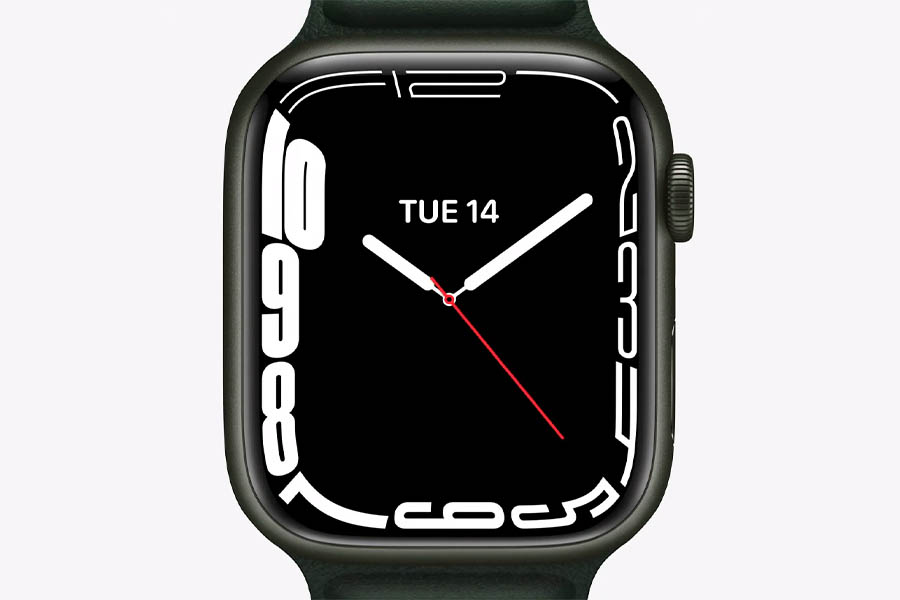 The watch now has more rounded corners and the display is more durable than last year’s as well. It uses reinforced glasses and the case is IP6X rated for dust resistance. In addition, it is WR50 certified for water resistance too.

Similarly, the aluminum body comes in Black, Gold, Blue, and Green colors. Likewise, there are varieties of strap colors to choose from—including Solo Loop like on the Watch Series 6.

Furthermore, due to the larger screen real-estate, users will be able to view 50% more text on Watch Series 7’s screen. It runs on watchOS 8 which includes new cycling workouts and even has bike fall detection. Other features include more workouts modes like Pilates and Tai Chi, respiratory rate tracking while you sleep, an electrical heart sensor, and an ECG app.

The new OS also brings a redesigned interface that displays larger menu tiles in apps like Stopwatch, Activity, and Alarms. It aids in making the interaction easier, and, the watchOS 8 also comes with a full swipe-based keyboard.

The Apple Watch Series 7 packs a rechargeable battery that can go up to 18-hour on a single charge. For charging, it uses a USB Type-C port-based wireless charger that takes only 45 minutes to juice up the battery to 85%.

The Watch Series 7 will arrive this fall at a starting price of USD 399. It will also be available in refreshed Nike editions and Hermès variants. We expect the price of the Apple Watch Series 7 in Nepal to start at NPR 65,000 when it launches here shortly.